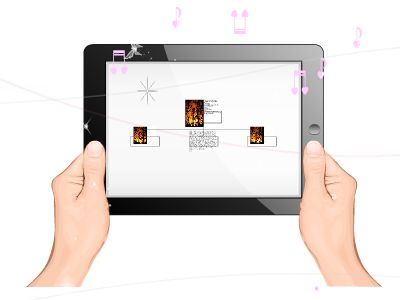 Nouns and noun phrases for description in narrative fictionfirea flash of firethe irresistible course of the firea brief foliage of fireflamessmall flamesthe heart of flamesmokeacres of black and yellow smokethe dark canopy of leaves and smokethe wings of the wind
Verbs for description in narrative fictionfestoonedthickenedstirredcrawleddividingincreasingtouchedscrambledrolledleaptclungcreptlaid holdbegan to gnawflappedswingingflaring
Smoke was rising here and there among the creepers that festooned the dead or dying trees. As they watched, a flash of fire appeared at the root of one wisp, and then the smoke thickened. Small flames stirred at the trunk of a tree and crawled away through leaves and brushwood, dividing and increasing. One patch touched a tree trunk and scrambled up like a bright squirrel. The smoke increased, sifted, rolled outwards. The squirrel leapt on the wings of the wind and clung to another standing tree, eating downwards. Beneath the dark canopy of leaves and smoke the fire laid hold on the forest and began to gnaw. Acres of black and yellow smoke rolled steadily toward the sea. At the sight of the flames and the irresistible course of the fire, the boys broke into shrill, excited cheering. The flames, as though they were a kind of wild life, crept as a jaguar creeps on its belly toward a line of birch-like saplings that fledged an outcrop of the pink rock. They flapped at the first of the trees, and the branches grew a brief foliage of fire. The heart of flame leapt nimbly across the gap between the trees and then went swinging and flaring along the whole row of them. Beneath the capering boys a quarter of a mile square of forest was savage with smoke and flame. The separate noises of the fire merged into a drum-roll that seemed to shake the mountain.FromLord of the Fliesby William Golding
Verbs for description in narrative fictionfestoonedthickenedstirredcrawleddividingincreasingtouchedscrambledrolledleaptclungcreptlaid holdbegan to gnawflappedswingingflaring