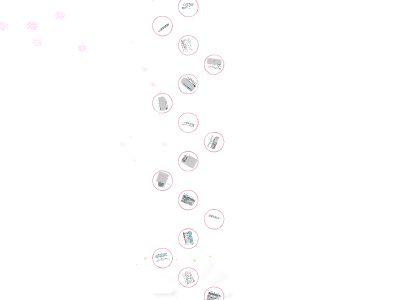 Overview of the Impact of Body Cameras on the Operations and Workload of Commonwealth’s Attorneys OfficesMichael Jay, Fiscal AnalystHouseAppropriations Committee RetreatNovember13, 2018

Note:The CompensationBoardcalculates a net need of 85.8 attorneys statewide, but also roundsup the calculation to full FTEs bylocality which resultsin a net need of 108 attorney positions, as opposed to85.8. After rounding up the total need for support staff including paralegalsand administrative supportstaff is 57 positions
Current Staffing LevelsThrough the Compensation Board
6

The estimated cost of fully funding the current staffing standards is $8.0 million GF annually
Code Requirements and Current Staffing LevelsReview ofBody Camera Usage in VirginiaPolicy Questions Going Forward
7
The Commonwealth’s Attorneys Association sent a survey to all of the Commonwealth’s Attorney’s offices requesting information concerning the use of body cameras within their locality110out of 120 Commonwealth’s Attorneys offices replied to the survey77of the110localitiesthatresponded state that their local law enforcement agencies currently employ body cameras(with atotal of7,320body cameras currently in use)Anadditional 7 localities reported that their locality is considering implementing body camerasSome localities currently using body cameras are in the process of increasing the number of cameras in use
The Implementation of Body Cameras Increased the Workloads of Commonwealth’s Attorneys Offices
8
Most Body Cameras are In the Larger Localities
9
79 Commonwealth’s Attorneys offices, 2/3’s of all offices, either have no body cameras in their jurisdiction or have less than 50 cameras40% of body cameras are located within 6 localities: Chesterfield, Newport News, Henrico, Prince William, Richmond City & NorfolkVirginiaBeach police currently have 106 body cameras in use but are increasing that number to450
Some Localities Already Provide Additional Staff In Addition to the Compensation Board Funded Positions
10
Data on these positions is self-reported to the Compensation BoardSome localities have provided positions specifically to reflect the impact of body cameras on workload while other positions were in place prior to the use of body cameras
The Virginia State Police is Currently Undertaking a Pilot Program to Evaluate the Use of Body Cameras
11
Beginning in 2017 the Virginia State Police initiated a pilot project to evaluate effectiveness of body worn camerasThe body worn cameras pilot project is part of the new Next Generation System Project which also includes replacing the current cameras in the patrol vehicles with a system including 3 cameras within the vehiclesCurrently the pilot is limited to 5 patrol vehicles and one training vehicle in area 6 (Chesterfield, Amelia and Powhatan Counties)It is the intention of the State Police to move forward with the replacement of the cameras in the patrol cars regardless of any decision on the body worn camerasNo other state agency with law enforcement responsibility currently uses body cameras
Code Requirements and Current Staffing LevelsReviewofBody Camera Usage in VirginiaPolicy Questions Going Forward
12
The House Appropriations Committee adopted language requiring localities thatelect“toprovide their local law enforcement personnel with body cameras, shall provide their Commonwealth's Attorneys office with additional staff, using local funds, as needed to accommodate the additional workload resulting from the requirement to process and review footage from the body cameras.”This language amendment was rejected on the House FloorThe Senate Budget included language requiring localities that elect to usebody camerasto “hireone entry level Assistant Commonwealth's Attorney, at a salary established by the Compensation Board, at a rate of one Assistant Commonwealth's Attorney for up to 50 body worn cameras employed for use by patrol officers, and one Assistant Commonwealth's Attorney for every 50 body worn cameras employed for use by patrol officers, thereafter.”Thislanguage amendment wasnot included in the Final BudgetBased on the information provided in the survey this proposed language would require 156 locally funded positions at a cost of approximately $11 million
Language Proposed During the 2018 General Assembly Session Aimed at Addressing Issue
13
An analysis of calendar year 2014 arrests estimated that if all Virginia Beach Police officers were outfitted with body cameras there would have been over 14,000 hours of footage that would have been subject to review by the Commonwealth’s Attorneys officeAssuming a 40-hour work week and 50 work weeks a year one FTE could review 2,000 hours of footage a year, resulting in an estimated need of 7 FTEs to review the 14,000 hours of footage7 FTEs equates to approximately 1 FTE per 50 body cameras
The Proposed 50 to 1 Ratio Based on Analysis From Virginia Beach Experience
14
Item73.Uof Chapter 2 requires theExecutive Secretary of the Compensation Board to convene a working group comprised of representatives of the Supreme Court, Department of Criminal Justice Services, Commonwealth's Attorneys, local governments, and other stakeholders to investigate how body worn cameras have or may continue to impact the workloads experienced by Commonwealth's Attorneys officesThe workgroup was required to examine processes, relevant judicial decisions, practices, and policies used in other states, potential financial and staffing challenges, and other related issues to determine workload impacts, and to develop recommended budgetary and legislative actions for consideration during the 2019 Session of the General AssemblyA report is due to the Chairmen of the House Appropriations and Senate Finance Committees by December 1, 2018Work group has met 2 times and a 3rdmeeting is scheduled for later this week
2018 Adopted Budget Included LanguageConvening a Workgroup to Develop Recommendations Going Forward
15
The attorney handling a prosecution is ethically obligated to review all video footage potentially relevant to the caseDue to staffing concerns some offices delegate the bulk of review to support staff or otherwise limiting the amount of film reviewedWhen does information need to be redacted from the body camera footage?Some other states have laws which require redaction in specific instancesIn Virginia some offices redact footage for specific reasons; i.e. children, abuse victims, individuals with no or minimal clothes, police informantsSome offices do not redact footageEstimates for the time it takes to redact ½ hour of video varies from 1 hour to 3 hoursThe state police asserts that one FTE currently spends approximately 35% of their time redacting video even though there are only 5 cameras in patrol cars
Policy Issues Influencing the Cost of Body Cameras
16