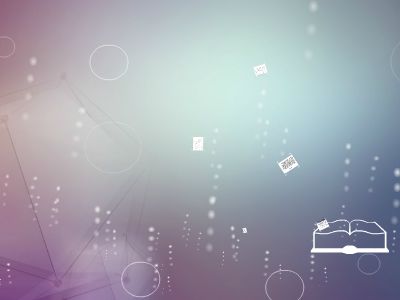 Theory of Moral Sentiments,
Adam Smith uses theinvisible handto explain the distribution of wealth (1759, p. 350):“The rich ... consume little more than the poor, and in spite of their natural selfishness ... They are led by an invisible hand to make nearly the same distribution of the necessaries of life, which would have been made, had the earth been divided into equal portions among all its inhabitants, and ... advance the interest of the society, and afford means to the multiplication of the species.
Views on Smith’s invisible Hand
TheNobel Prize-winning economistJoseph E.Stiglitz, says: "the reason that the invisible hand often seems invisible is that it is often notthereStiglitzexplains his position:Adam Smith, the father of modern economics, is often cited as arguing for the "invisible hand" andfree markets:firms, in the pursuit of profits, are led, as if by an invisible hand, to do what is best for the world. But unlike his followers, Adam Smith was aware of some of the limitations of free markets, and research since then has further clarified why free markets, by themselves, often do not lead to what is best. As I put it in my new book, Making Globalization Work, the reason that the invisible hand often seems invisible is that it is often not there.
Noam Chomsky
Noam Chomsky, while acknowledging the intelligence of Smith's thesis, criticizes how the term of the "invisible hand" has been used. He also explains:Throughout history, Adam Smith observed, we find the workings of "the vile maxim of the masters of mankind": "All for ourselves, and nothing for other People." He had few illusions about the consequences. The invisible hand, he wrote, destroys the possibility of a decent human existence "unless government takes pains to prevent" this outcome, as must be assured in "every improved and civilized society." It destroys community, the environment, and human values generally—and even the masters themselves, which is why the business classes have regularly called for state intervention to protect them from market forces.
E. K. Hunt
The political economistE. K. Huntcriticized markets and the externalities emerging from market exchanges as being a route for self-advancement at the expense of social good. Hunt helped contribute to the literature on heterodox economics, helping to coin the term "invisible foot" in contrast to a presumably beneficent "invisible hand":
If we assume the maximizing economic man of bourgeois economics, and if we assume the government establishes property rights and markets for these rights whenever an external diseconomy is discovered [the preferred "solution" of the conservative and increasingly dominant trend within the field of public finance], then each man will soon discover that through contrivance he can impose external diseconomies on other men, knowing that the bargaining within the new market that will be established will surely make him better off.
The more significant the social cost imposed upon his neighbor, the greater will be his reward in the bargaining process. It follows from the orthodox assumption of maximizing man that each man will create a maximum of social costs which he can impose on others.D'Argelabeledthis processas "theinvisible foot"of the laissez faire ... market place. The "invisible foot" ensures us that in a free-market ... economy each person pursuing only his own good will automatically, and most efficiently, do his part in maximizing the general public misery. "