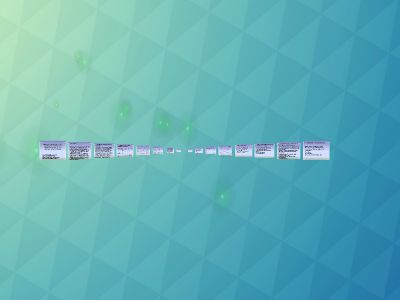 Philippine Civil Society and Democratization in the ...

Philippine Civil Society and Democratization in the Context of LeftPolitics
Teresa S.EncarnacionTadem,Ph.D.Department of Political ScienceCollege of Social Sciences and PhilosophyUniversity of the Philippines Diliman
Introduction
This paper focuses on the emergence of civil society organizations (CSOs) within the context of mainstream Philippine Left movementpolitics,i.e., the Communist Party of the Philippines (CPP), the NewPeople’sArmy (NPA),its military arm and the National Democratic Front (NDF).Although there exists other CSOs which do not belong to any of the left ideological blocs in the country, it is the CSOs which have their base in the Philippine left movement which have been most prominent in pushing for the country’s democratization process.
I. ThePhilippine “Oligarchic State” but “Weak”State
CSOs which have emerged from the Philippine left movement have to generally grapple with a society that is characterized by traditional patron-client relationships as epitomized by an oligarchic state which is controlled by a few.What continued to emerge were the old political dynasties as well as new ones which were established during martial law. Thus, some have viewed the shift as one form of “bourgeois dictatorship” to a “bourgeois democracy.”
II. “Uncivil society”:NGOs andthe Philippine Left Movement
It is thus within the context of a dominant oligarchic and patrimonial state by whichnon-governmental organizations (NGOs),which became a major component of the country’s civil society, emerged in the Philippines.NGOshave been around in the Philippines since the 1950s and 1960s but it was during the martial period (1972-1986) whereby NGOs blossomed under the auspices of the CPP-NPA-NDF.
These organizations helped fill out a political space which was abandoned by political parties and other forms of opposition against the Marcos regime.Because they were situated in the grassroots, they became a recipient of donor countries and foreign agencies. The work of NGOs and POs for the CPP, however, remained to be subordinated to the armed struggle.There were also other Left ideological blocs, like an independent socialist bloc and the social democrats which challenged the Marcos dictatorship but these were not as dominant as the mainstream left who were also referred to as national democrats or “natdems” or “NDs”.
III. Emergence of Philippine “Civil Society” in a Period of Re-democratization
It was only during the period of re-democratization which was ushered in by the 1986 People Power Revolution that the term “civil society” was popularly used.This is best seen in the light of the tension which arose between the CPP leadership and the its cadres involved in NGO work. The former believed that NGO development work should be secondary to the armed struggle but the latter believedotherwise.
This was one of the reasons which caused the split in the CPP in December 1992 between the two factions, i.e., “reaffirmists” (RA) and the “rejectionists” (RJs).TheRAsarethose who maintain that the CPP should continue to strictly adhere to the orthodoxMarxist-Leninistand Maoist principles that they had advocated from the early days of the CPP, while theRJs arethose who reject this.
People empowerment is thus seen as the “process of building up ‘parallel power’ in ‘civil society’ that would reduce class power and ultimately transform the exercise of state power.”“Civil society” as a term is therefore used to include all non-state actors which challenge the state. In terms of their categorization, a bulk of civil society players come from the left ideological blocs.
Two Case Studies:
1.FreedomFrom Debt Coalition (FDC) which emerged in late 1986 with the overthrow of thedictatorship. FDC proposedan alternative debt policy with three basic calls:debt moratorium on foreign debt service paymentsselective debt repudiation of loans which did not benefit the Filipino peoplelimit foreign debt-service payments to no more than 10 percent of export earnings to enable the country to finance its economic recovery
2. TaskForce –World Trade Organization Agreement on Agriculture (TF-WAR)Created in September 1998 by the Department of Agriculture, the TF-WAR is amultisectoralconsultative body and is composed of 21 representatives from state institutions and agencies which have a key participation in tradepolicymakingAmong its members are farmers groups, non-governmental organizations as well as industry and stakeholders associations within the agriculturalsectorThe goal was to adopt a defensive strategy to prevent the further erosion of Philippine agriculture.
IV. The Advocacies, Strategies and Organizational Structure ofCSOs in thePost-Martial LawPeriod
Creatingan environment ofpeaceAddressing socio-economic inequalities (TF-WAR)Fightagainst corruption (FDC)Non-classissues
A. CivilSociety Strategies to Pursue theseAdvocacies
These strategies have been pursued by bothFDCandTF-WAR1. Constituency-building, research and training program and social development work as seen in advocacies in peace, women, environmental concerns2. Legal remedies through constitutional reforms3. Demonstrations and protest actions4. Alliances with local and transnational social movements5. Electoral politics – formation of political parties and/or alliances with elite politicians6.Arenas of contentions – institutional: executive, legislative and judiciary7. Non-institutional: media (including social networking), church, business community, military
B. Organizational Structure ofthe CSOs
In terms of their organizational structures, CSO networks generally operate with “no single organization or center for decision making and often not even any formal process. In this situation, cooperation isnon-hierarchical, informal and often temporary and issue-specific.”This is reflected in CSO networks organizations in the Philippines whereby in their pursuit of their advocacies, what seems to be the most effective is the forging of broad alliances among the various Left political blocs in the country.All these are strengthened by coalition-and alliance building strategies at the global level, e.g., anti-globalizationalliances.
C.Weaknessesin the Strategies:
1. Thedivisions in the Philippine Left movement between the“Reaffirmists” (“RAs”)and the“Rejectionists” (“RJs”)2. Personality differences3. Allianceswith elites and the issue of cooperation vs. cooptation
V. Factors which Facilitated the Pursuit of Civil Society Advocacies
Thenature of the political dispensation as was seen in the country’s transitioning from authoritarianism to democracy.Natureof theleadership.Theglobalenvironment
VI. General Impact of Civil Society on the Philippine PoliticalLandscape
Thegeneration of interest and participation in the advocacies of civil society. Thus it is able to build its constituencies.Forgingof CSO alliances with government agencies allies in the executive and legislative branches ofgovernment.Institutionalizationof CSO advocacies within government policy-making.Institutionalizationof CSO advocacies in the internationalarena.Constitutional reforms.
VII. Challenges Confronted byCSOs
Elitedomination of Philippine politicsDependenceon the political leadershipCo-optationof CSO personalities by the politicalelitesThemilitaryElectoral failureAbsenceof a feasible leftalternative

Make amazing presentation for free
Philippine Civil Society and Democratization in the ...