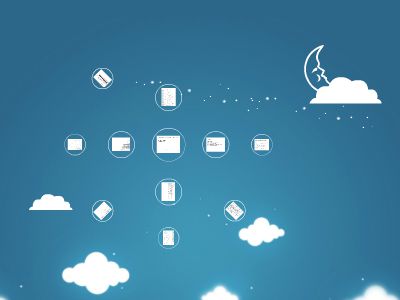 Lecture 8 Happiness, Wealth and Poverty During a Time of ...

Lecture 8 Happiness and Crisis
Dr. Ann T. Orlando21 March 2013
1
Defining CrisisIntroduction to St. John ChrysostomIntroduction to St.OlympiasCrises during the time of John ChrysostomThemes in Letter toOlympias
Outline
2
From OED: A time of intense difficulty or dangerFrom Greek (via Latin),krisis, decisionIn Greek also root word for judge,judgementOften connotes a turning point (as in medicine)
Crisis
3
Unexpected; unplannedImminent threat of harmRequires a responseUsed specifically inMedicineMental healthEconomicPoliticalCorporate
Aspects of a Crisis
4
5
Biographical Sketch St. John Chrysostom
Born, 349, and educated in AntiochStudied rhetoric with Libanius, famous pagan philosopher and orator in AntiochJoined Diodore’s schoolAfter hiding from those seeking to ordain him, he was ordained in 386Acquired sobriquet “Golden Mouth” for his preaching in AntiochBecame Patriarch of Constantinople in 397Almost immediately ran afoul of both Imperial and Church politicsPolitical and doctrinal disputes between Alexandria and AntiochImperial politics, especially in terms of concern for the poorBecause of political problems, John was exiled (twice)Died in 407
6
Legacy of John Chrysostom
Divine Liturgy developed by him commonly used in Orthodox ChurchWe have more of his works extant than any other Greek Father;6 volumes in English in NPNF Series1And nearly 600 works in the pseudo-Chrysostom corpusJohn, along with Athanasius, Basil and GregoryNazianzusis considered one of the Four Doctors of the Greek Church
7
John Chrysostom and Scripture
Like most from Antioch, he was skeptical about allegorical interpretations of ScriptureBut also accepted that there were multiple meanings or layers of Scripture; the below the surface meaning beingtheoriaJohn wrote many commentaries on Scripture, most of which are extantBut John was especially known for his rhetoric, rather than hermeneutics
8
Politics in Constantinople
In less than 50 years, Constantinople most powerful city in EmpireAt Council of Nicea (325), Rome, Alexandria and Antioch were singled out as patriarchiesAt Council of Constantinople (381), Rome, Constantinople (referred to as the new Rome), Alexandria and Antioch were listed as key patriarchiesGrowing animosity between Constantinople and AlexandriaAfter Theodosius’ death (395), Empire divided between his two weak sons, Honorius (West) and Arcadius (East)
9
Crisis: EmpressEudoxia(398-404) andSt. John Chrysostom
Eudoxia married to Theodosius’ son, Emperor ArcadiusJohn Chrysostom preached vehemently against courtly excess, especially targeting Eudoxia, who has a silver statue of herself placed in front of Hagia SophiaWith help from Alexandrian Patriarch, Eudoxia gets John removed from Constantinople over the Tall Brothers controversyTall brothers were accused of being OrigenistsAlso a political dispute between Alexandria and ConstantinoplePope Innocent supports JohnJohn, however, does not help himself politically by preaching a sermon in exile in which he says, referring to Eudoxia, “once again Herodias is dancing and seeks the head of John”John dies in exile
Olympiaswas a very wealthy widow in ConstantinopleWidows owned much of the wealth in the EmpireIf a woman survived childbirth, she would probably outlived her husbandMove away from client-patron model to family model may have strengthened legal standing of womenChurch supported right of women to inherit and control money and propertyFounded a monastery nearHagiaSophiaPracticed voluntary poverty, asceticismMoved away from civic building to philanthropy as an expression of public supportGave money to support work of Gregory of Nyssa and John ChrysostomWhen John was exiled, so was she; dies in410
St.Olympias(368 – 410)
10
Read John Chrysostom, “A Letter toOlympias, To Prove that No One Can Harm the Man Who Does Not Harm Himself” NPNF Vol. 9 available athttp://www.newadvent.org/fathers/1902.htmBrown,Through the Eye of a Needle,Chapter 24Write Short Paper: Ramon
11
Assignments

Make amazing presentation for free
Lecture 8 Happiness, Wealth and Poverty During a Time of ...