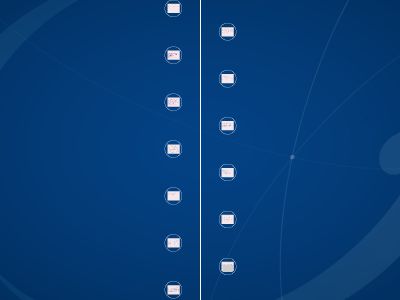 Persuasive Appeals andAntigone
Types of Appeals
When using persuasion, three types of appeals can be used:Logical—logosEmotional—pathosEthical—ethos
Logical Appeals
A logical appeal depends on reasoning and evidence, and appeals more to the audience’s intellect than their emotions.Logical appeals should be present for the argument to be successful.Logical appeals can be proven.
Logical Appeals
Logical reasoning depends on these:Deductive Reasoning: a general conclusion that leads to a specific conclusion; usually a three-part statement called asyllogismconsisting of these:1. General Statement (All boys are smart)2. Particular Example (William is a boy)3. Conclusion (Therefore, William is smart.)Reliance on AuthorityFacts presented as evidence (not opinions)Tradition (provides precedent)Cause/EffectEffective Metaphors (a comparison without the use of like or as)
Logical Appeals
A logical appeal has acounterargument,which consists of two parts (concession + refutation).A. Concession—an expression of concern for the feelings of those who may disagree with the writer’s position. It shows the writer is a logical thinker and a concerned, fair-minded person who realizes that every argument has two sides.B. Refutation—asserting that an opponent’s arguments are wrong and arguing against them.
Emotional Appeal
An emotional appeal appeals to the needs that all humans have in common: physical, psychological and socialPhysical needs: life and health (food, water, shelter)Psychological needs: person’s need for love and respectSocial needs: the need for freedom, for respect, for acceptanceWe encounter emotional appeals frequently in our every day lives:Commercials pleading with us to make a donationClubs asking for donations to help the communityChildren telling their parents they will be rejected by friends if they don’t get to do something…
Ethical Appeal
Ethical appeals presents the writer as a person who may be trusted, a person who possesses good character and can argue in ways that reveal that good character. The audience should see the writer as a person like themselves or like someone they would like to be like. Credibility is established.Credibility can be established by maintaining a respectful tone, avoiding inflammatory language, and by using collective first person pronouns such as “we” and “us”
Logical vs. Emotional?
Over 75,000 Japanese children have been without clean water for 3 days due to the earthquake andtsumani.A photo of a child with a black eye and torn clothes is in an ad for the Stop Child Abuse American campaign.All the sophomores are skipping school to go to King’s Island. You tell your parents that you will lose friends if you don’t attend too.Studies have shown that drivers who talk on their cell phone and 20% more likely to have an accident.
Connecting toAntigone
These lines are from the Prologue:Antigone: “There it is, and now you can prove what you are: A true sister, or a traitor to your family.”Which type of appeal hasAntigoneused?EMOTIONALWhich of the human needs isAntigoneappealing to?SOCIAL—the need to be respected
Now Let’s Review Creon’s First Speech…
What types of appeals has Creon used in his initial address to the people in Scene 1?
Consider This…
In responses to a suggestion from the choragus,Creonsays this about the gods:“The gods favor this corpse? Why? How had he (Polyneices) served them? Triedto loottheir temples, burn their images, Yes, and the whole state, and its laws with it!”Creonhas used what type of appeal?LOGICAL—the fact thatPolyneicesdestroyed temples as part of battle is a fact.
Apply the Appeals
You would like to borrow your parent’s Mercedes to take your significant other out on a date. What emotional and logical appeals might you use to persuade them to let you have their very nice and very expensive car?Write the speech you would present to your parents. When finished, highlight your emotional appeals in GREEN or BLUE, and your logical appeals in YELLOW.
Where are the appeals in Antigone?
Create a chart that identifies at least 2 examples of logical and emotional appeals in the play and 1 example of an ethical appeal.
How do you persuade your parents?
What would you say to your parents to get them to allow you to do the following? Write both a LOGICAL APPEAL and an EMOTIONAL APPEAL for each situation. Add this to your appeals work from yesterday.You want to go to a party with your boyfriend where there will be college students. Mom and Dad say you are too young to hang out with college kids.Mom and Dad are going out of town. You want to stay at your house by yourself instead of staying with Granny.
Creating Appeals…
As scene 2 ended, we learned that Antigone was engaged toHaemon(Creon’s son and Antigone’s first cousin!). Creon plans to kill his son’sfianceand believes it would be easy for his son to find another woman.Imagine that you areHaemon. Write a logical appeal and an emotional appeal that would be appropriate for him to use as he begged his father to spare Antigone’s life. Think about what does and does not motivate Creon at this point.