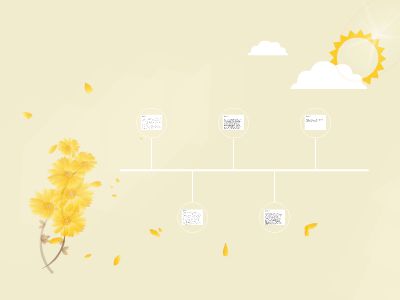 Journal #1
“There have been too many stops on the road of the last twenty-nine years since her family left this island behind. She and her sisters have led such turbulent lives – so many husbands, homes, jobs, wrong turns among them. But look at her cousins, women with households and authority in their voices. Let this turn out to be my home, Yolanda wishes. She pictures the maids in their quiet mysterious cluster at the end of the patio,Altagraciawith her hands in her lap.”Reflect on Yolanda’s perception of life in the Dominican Republic vs. her life in the United States. Why does she say to herself, “Let this turn out to be my home”? What, according to Yolanda, is she missing by living in the United States?
Journal #2
“Duringhis two visits, the grandfather had stood guard by the crib all day, speaking to little Carlos.‘Charlesthe Fifth; Charles Dickens; Prince Charles.’He enumerated the names of famousCharlesesin order to stir up genetic ambition in the boy. “Charlemagne,” he cooed at him also, for the bay was large and big-boned with blond fuzz on his pale pink skin, and blue eyes just like his German father’s. All the grandfather’s Caribbean fondness for a male heir and for fair Nordic looks had surfaced. There was not good blood in the family against a future bad choice by one of its women.‘Youcan be president, you were born here,’the grandfather crooned.‘Youcan go to the moon, maybe even to mars by the time you are of my age.’His macho baby talk brought back Sofia’s old antagonism towards her father. How obnoxious for him to go on and on like that while beside him stood his little granddaughter, wide eyed and sad at all the things her baby brother, no bigger than one of her dolls, was going to be able to do just because he was aboy” (26-27).Reflect on Sofia’s struggle with her father. Why does she consider his “cooing” to her son “obnoxious”? What do his predictions for little Carlos’ life reveal regarding the perception of the role of women in Dominican culture? Explain your thinking.
Journal #3
Based on your reading last night, why has the mother always referred to her children as “the four girls”? Describe the significance of the colors that the girls were dressed in by their mother. In the text it states, “Each of the four girls had the same party dress, school clothes, underwear, toothbrush, bedspread, nightgown, plastic towel, brush and comb set as the other three, but the first girl brushed in yellow, the second one … in blue, the third one …. pink, and the baby … in white” (41).What did the colors as imposed by the mother suggest about the girls’ identity?
Journal #4
The chapter Joe begins as follows: “Yolanda, nicknamedYoin Spanish, misunderstoodJoein English, doubled and pronounced like the toy,Yoyo –or when forced to select from a rack of personalized key chains,Joey– stands at the third-story window watching a man walk across the lawn with a tennis racket.” Why does the author, Julia Alvarez, go through such lengths to highlight the different iterations of Yolanda’s name? Why might this be significant in the greater scheme of the novel? How might it affect Yolanda’s perception of herself, or the perception others hold toward her?
Journal #5
Why, at the end of “Joe”, does Yolanda suggest to her mother that her marriage to John ended because “We just didn’t speak the same language”?