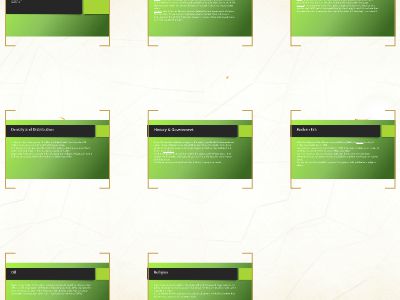 The Northeast
Chapter 18Section 3
The People
Turks-Arrived to the Anatolian peninsula from central Asia. A group of Turks known as the Ottoman Turks would eventually establish an Empire that ruled much of the Mediterranean region for almost 600 years. The speak Turkish and most practice Islam.Iranians– also known as Persians, Iranians believe they are descendants of Aryans from Southern Russia. Iranians have been able to maintain their culture and language even though they have been invaded numerous times. Most speak Farsi, and most practice Shia Islam.
The People
Arabs– Most Iraqis are ethnic Arabs. Most of these Arabs are Shia Muslim and about 35% in Iraq are Sunni Muslim. Arabic is the most spoken language.Kurds –Kurds have lived in the mountainous regions bordering Turkey, Iran and Iraq for over 2,000 years. They speak their own language, Kurdish. Kurds have tried to create their own independent country of Kurdistan but have been unsuccessful.
Density and Distribution
Turkey and Iran have approx. 70 million inhabitants each, Iraq was about 30 million. Kurds are a minority in all 3 of these countries.The Tigris and Euphrates river flow within this region providing a source of fresh water. They both begin in the mountainous areas of Turkey.Major cities have seen a massive influx of people from villages. People are moving to these dense areas looking for work and a better way of life.
History & Government
One of the earliest civilizations began in this region, specifically the Mesopotamia region. These civilizations had the ability to farm through irrigation by building canals. They also kept records by wedge shaped symbols on clay tablets, this is known ascuneiform.Another civilization that rose from within this region are the Phoenicians. They created the first letters that stood for sounds. This is the basis for many modern alphabets today.The Persian empire are best known for building underground canals.
Modern Era
After the collapse of the ottoman empire following WW1, thesecularcountry of Turkey was established in 1932.Iraq gained independence from Britain in 1932, it has been involved in a number of conflicts including 2 with the U.S. (Gulf War, Iraqi War).Iran – 1979 saw an Islamic revolution take over the country. The revolution overthrew the secular government and established a government based on Islamic ideals.its main figure is the Ayatollah, a person who governs both political and religious affairs.
OIl
Major money maker in this region, most economies rely heavily on oil production. OPEC , or the Organization of Petroleum Exporting Countries. OPEC regulates the amount of oil production within these countries to keep prices high and avoid competition amongst each other. Iran 7 Iraq both are members of OPEC>
Religion
Islam most dominant religion n the region although there are 2 major sects, Sunni & Shia. Shia Islam is more popular in Iraq & Iran, while Sunni Muslims make up the majority in Turkey.Sunnis believe that the Islamic community should govern, while Shia’s believe that Muhammad's decants should govern Islam.