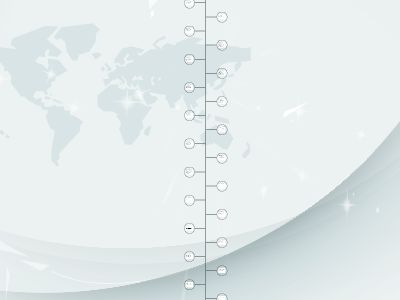 American Imperialism
A Journey into How the United States Become an Imperial Power
Goals and Objectives
I can explain the economic and cultural factors that shaped American foreign policy at the turn of the 20thCenturyI will be able to analyze and compare the actions of the United States between 1896-1909 to action of the United States between 1945-present.
What is Imperialism?
When a stronger country takes over an area through economics, politics or military control.By 1900, it was a global trend
Background to American Imperialism
European nations werecolonizing AfricaBy 1900, British Empire controlled a quarter of the world’s land and peopleJapanjoined Europe in competing for control of regions in China
Reasons America Desired Imperialism
United States wanted new markets for their goodsIn the late 1800s, the United States was developing a modern navy and wanted to gain naval based abroad to protect the nation’s interestsThe belief by some that American culture was superior and should be spread to other regions—extension of Manifest Destiny
Global Imperialism
America wanted tobe like Europe and Japan in gaining control of lands beyond the borders of North AmericaBy the end of the 1800s, there was a desire for the United States to extend their imperial power into such areas as Hawaii, Cuba and the Philippines
European Imperialism
Late 19thCentury, Africawas the focal point for European expansion—considered before that as the “Dark Continent” because the interior was virtually unknownBritain, France, Belgium, Italy, Germany, Portugal, and Spaindesired to gain resources from Africa and create new markets for their goodsBy early 20thCentury, only Ethiopia and Liberia remainedindependent in Africa
European Imperialism
Great Britain expanded into Africa and Asia, coining the phrase, “The sun never sets on the British Empire”During the reign of Queen Victoria (1837-1901), Britain built an empire that included one quarter of the world’s land and people
Berlin Conference
Europeans avoided warthrough diplomatic agreements that resulted in dividing AfricaNations claimed land forcolonies, then signed treaties with each other to reserve areas for coloniesMid 1800s, Germany and France called for a conference to discussAfrican colonization14 European nations and the United States met in Berlin, Germany in1884
BerlinConferenceREsults
Nationsagreed to respect each other’s prior claims for colonies in AfricaAgreed to establish rules for future colonialdevelopmentFirst international agreement on imperialism in Africa
Asian Imperialism
Late 19thCentury, Japanhad political reform from feudal order to a central government modeled afterEuropean nationsJapan believed that a strong military would increaseindustrialization by obtaining raw materials in other areasJapan joinedin the competitionwith Europe for control in China in the 1890sUSwatched other nations in the 1880s and 1890s gain economic success and had a desire to expand trading opportunitieswith China
American Imperialism
Extension of the oldbelief of ManifestDestiny,which had pushed people from the Atlantic to thePacificWith the closure of the North American frontier, by the 1890s, many Americans supported the idea to expand beyond its borders for economic growth
Three Factors that Encouraged American Imperialism
United States wanted to join in the economic competition with other industrialized nationsUnited States by 1900 had a strong naval forceA belief in the racial and cultural superiority of people ofEnglish descent
American Desires for New Markets
By the end of the 19thCentury, technology increased the ability of Americanfarms and factories toproduce more itemsProduction was more than Americans could consume, so America needed new marketsWith increased production, the UnitedStates neededto find more rawmaterials for its factories and new marketsto sell themanufacturedgoods
American Desires for New Markets
Belief in the Imperialist view of increased foreign trade would solve the issues of overproduction and economic issues such as employment and the economic depression of the late 1880s
Senator Albert J.Beveridge
Senator from Indiana, he was a strong imperialistAdvocatedobtaining new territories for economicgains“Fate has written our policy for us; the trade of the world must and shall be ours….We will establish training-posts throughout the world as distributing points for American products…Great colonies governing themselves, flying our flag and trading with us, will grow about our posts of trade.”
1900 AmericanEconomic Growth
Exports had total $234 million at the end of the Civil War, increased to $1.5billionExports exceeded imports to produce favorable balance of tradeFavorable balance of trade ledto American economic power
Strong Military
Admiral Alfred T. Mahan, president of the Naval War College advocated a strong American militaryexpansionMahan’s book,The Influence of Sea Power Upon History, 1660-1783,stressed the need fora strong navy to defend the peacetime shippinglanes, which would increase America’seconomy couldgrowMahan believed the United States needed to strategically locate bases inareas such as theCaribbean where its fleet could refuel and urged to develop a modern fleet
Mahan’s Belief in StrongMilitary
Urged the United States to construct a canal across the Isthmus ofPanamaIncrease desire toacquire Hawaii and other PacificIslands as naval bases and economic marketsBetween1883-1890, US built 9 steel-hulledcruisersAfter the construction oftheMaineandOregon, the US developed the world’s third largest navy
Anglo-Saxon Superiority
Cultural factors justifiedimperialismSocial Darwinism: a belief that free-market competition would lead to the survival of thefittest—emphasizedracial superioritySocial Darwinism viewed that itwas the US responsibility to spread Christianity and civilization to the world’s “inferior”people
Social Darwinism
Not only racial superiority was encouraged, but this belief supported the idea of defining civilization by one culture’s standards
Anti-Imperialism
Believedimperialism as a threatAmerican Anglo-Saxon heritage based on moral and practical concerns in imperial practicesNothingjustifiedAmerican domination over other countries
Anti-Imperialism
Constitutional protections were not granted to newly acquired territoriesclaimed by the USMaintaining a military large enough to enforce American influence and protect newly acquired territories was too highCost of new territories prohibited Americaneconomic growth
Source
The Americans: Reconstruction through the 20thCentury. McDougalLittell