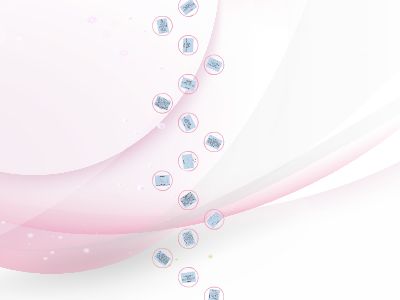 Among famous traitors of history one might mention the ...

“If there must be trouble, let it be in my day, that my child may have peace.”―Thomas PaineThe CrisisDecember 1776
Quotation #1
“Yonder are the Hessians. They were bought for seven pounds andten penceaman. Are you worth more? Prove it. Tonight the American flag floats from yonder hill or Molly Stark sleeps a widow!”(Bennington 1777)― John Stark
Quotation #2
“Don't fire until you see the whites of their eyes! Then fire low!”― Israel Putnamat Breed’s Hill1775
Quotation #3
Quotation #4
“Don’t fire unless fired upon,but if they mean to have a war,Let it begin here.”--- John ParkerAt Lexington and Concord 1775
“There! His Majesty can now read my name without glasses. And he can double the reward on my head!”― JohnHancockSummer 1776
Quotation#5
Quotation#6
“They tell us, sir, that we are weak; unable to cope with so formidable an adversary. But when shall we be stronger? Will it be the next week, or the next year? Will it be when we are totally disarmed, and when a British guard shall be stationed in every house? Shall we gather strength by irresolution and inaction? Shall we acquire the means of effectual resistance by lying supinely on our backs andhugging the delusive phantom of hope, until ourenemiesshall have bound us hand and foot?”-Patrick Henry 1775
“We must all hang together, or assuredly we shall all hang separately.”― Benjamin FranklinSummer 1776
Quotation #7
Quotation#8
“May our land be a land of liberty, the seat of virtue, the asylum of the oppressed, a name and a praise in the whole Earth, until the last shock of time shall bury the empires of the whole world in one common undistinguished ruin!”― Joseph Warren
“Yes, Bill, nothing will save us but an entire stopping of trade, to both England and the West Indies, throughout the continent, and that must be determined both speedily and absolutely. The least hesitation by you to the south and all is over. . . . I sincerely believe they [the British Parliament] intend to carry out their threats, which are to make the town a desolate wilderness and the grass to grow in our streets.”-Charles WilsonBoston Merchantto his Brother-in-LawMay 1774
Quotation#9
Quotation#10
“Pennsylvaniahas much to lose in this contest and much to hope from a proper settlement of it. We have long flourished under our charter government. What may be the consequences of another form we cannot pronounce with certainty; but this we know, that it is a road we have not traveled and may be worse than it is described.”William SmithAnglican Clergyman Pennsylvania 1776
Quotation#11
“At present the martial law stands thus: An officer or committeeman enters a plantation with his posse. The alternative is proposed. Agree to join us [Whigs] and your persons and properties are safe . . . if you refuse, we are directly to cut up your corn, shoot your pigs, burn your houses, seize your Negroes and perhaps tar and feather yourself. Not to choose the first requires more courage than they are possessed of, and I believe this method has seldom failed with the lower sort.”-JanetSchawDescription of PatriotIntimidation of Loyalists in North Carolina
Quotation#12
“Wherethe money is to come from which will defray this enormous annual expense ofthree millionssterling, and all those other debts, I know not; unless the author ofCommon Sense, or some other ingenious projector, can discover the Philosopher’s Stone, by which iron and other base metals may be transmuted into gold. Certain I am that our commerce and agriculture, the two principal sources of our wealth, will not support such an expense. The whole of our exports from the Thirteen United Colonies, in the year 1769, amounted only to £2,887,898 sterling; which is not so much, by near half a million, as our annual expense would be were we independent of Great Britain.”
—CharlesInglis, 1776, Pennsylvania
“Ourunalterable resolution would be to be free. They have attempted to subdue us by force, but God be praised! in vain. Their arts may be more dangerous then their arms. Let us then renounce all treaty with them upon any score but that of total separation, and under God trust our cause to ourswords”.Samuel Adams, letter to James Warren, April 16, 1776
Quotation #13
Quotation#14
"These are the times that try men's' souls. The summer soldier and the sunshine patriot will, in this crisis, shrink from the service of their country; bur that stands it now, deserves the love and thanks of man and woman. Tyranny.....is not easily conquered; yet we have this consolation with us, that the harder the conflict, the more glorious the triumph.“Thomas Paine, Intro to theTheCrisis,December 19, 1776
Quotation#15
"The die is now cast; the colonies must either submit or triumph.... we must not retreat."King George III,In a letter to Lord North, 1774
“Americastands armed with resolution and virtue; but she still recoils at the idea of drawing the sword against the nation from whence she derived her origin. Yet Britain, like an unnatural parent, is ready to plunge her dagger into the bosom of her affectionate offspring. But may we not hope for more lenient measures!”-Mercy Otis Warren 1774
Quotation#16

Make amazing presentation for free
Among famous traitors of history one might mention the ...