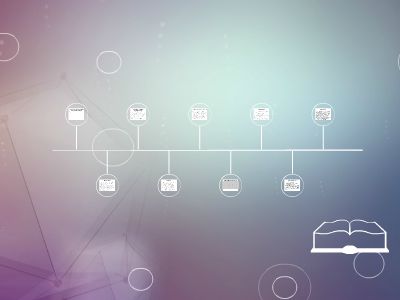 Comment on the Lyon-McBride and Spengal et al. Papers
Jane GravelleThese views do not represent the views of the Congressional Research Service
EMTR vs. EATR
Both studies depart from the traditional effective marginal tax rate (EMTR) and use an “effective average tax rate” (EATR).The Lyon-McBride paper uses both for tangible assets but only the EATR for R&D investments. Ituseda different marginal measure for R&D that is only relevant for equity financed investments.The Spengal et al. paper only uses the EATR. You have to do some complicated reverse engineering to get to anEMTR.
What is the EATR and is it a Reasonable Measure?
Purports to measure tax burden on a discrete investment project that also includes economic rent.The EATR is a mix of statutory rates (on the rent) and EMTRs on the remainder.Both papers assume a pre-tax real return of 20% with no source or documentation. For Spengal about 1 percentage point of this amount reflects property taxes.Based on information in the Spengal paper, that means that in the U.S. around 62% of the return is rent.
EATR cont.
2016 NIPA, dividing corporate profits before tax and adjustments yields a 10.3% return, subtracting inflation of 1.3% yields 9%.Gentry and Hubbard estimated 60% of corporate profits are in excess of a risk-free return. This number has been mistakenly cited as a measure of rent, but most is a risk premium and not rent. Difficult to estimate, but some evidence suggests rent less than 20% (Jennifer Gravelle, Katz and Summers).
Multinationals and the EATR Concept
Argument in original Devereux Griffin work on this measure suggested rent from an intangible.But it is possible, for example, for a U.S. firm to manufacture cell phones in Asia, locate intangible assets for the European market in a zero tax jurisdiction, and invest in R&D in the United States with a cost sharing arrangement (although GILTI will likely impose some tax on the intangible no matter what).
Lyon-McBride R&D Effective Rates (%) on R&D Investment
Spengal, et al.
Provide data to do EMTR (cost of capital), butthe rates are nottoodifferent. One minor point is that they includeproperty taxeswhichdo not increase withprofitability (but only 0.6 percent of value).Hypothetical investment with 20% each equipment, structures, inventories, intangibles and financial assets; three of those (60%) are taxed at (or above) statutory rates. (Why have financial assets?)It would be better to have a composition based on data. Based on U. S. data I calculate 31% equipment, 33% structures, 23% intangibles, 13% inventories (excluding public utility structures and residential structures).
Spengal, et al., cont.
Some reverse engineering found surprisingly high EMTRs for current law, even adjusting for property taxes.Why? Intangibles are acquired (amortization over 15 years, with a high positive tax rate) rather than created (expensed and eligible for a credit and subject to large negative tax rates).
Spengal, cont.
Acquired intangibles are not very important in the United States where the focus is on created intangibles. Intangible ownership is often shifted to foreign subsidiaries via a buy-in payment and then cost sharing arrangements for on-going research. Alternatively, royalties may be paid that may not reflect arms-length pricing. But all derives from created intangibles.