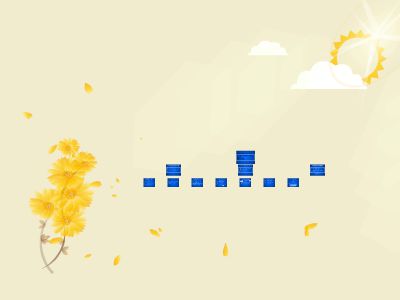 Trivial and serious in aesthetic appreciation of natureRonald W. Hepburn
Aesthetic Appreciation of Nature
Defending “Outstanding natural beauty” against depredationValue of nature vs. values of industry“aesthetic appreciation of nature”?“Beauty” narrow vs. wide sense
Duality in Aesthetic Appreciation of Nature
sensuous component:Thought-component:-implicit comparison-analogies to bear on the concrete particulars-modification of awareness, in which feeling, thought, and perception all interactEx). The fall of an autumn leaf
sense of immediacy, in the purest case one is taken aback by nature.-the sky color-effect, or the rolling away of cloud or mist from a landscape
Perception-and-reflection
Perception:attentive, inattentive, discriminating, or undiscriminating, lively or lazyReflective-component:feeble or stereotypical, original, individual, or exploratoryTrivial:to the extent that it distorts, ignores, suppresses truth about its objects, feels and thinks about them in ways that falsify how nature really is.“Detached viewer”Deepening of seriousness: “realization that I am myself one with, part of, the nature over against me”Serious approach is a self-exploration
Superficial and “Seriousness”
Superficial reading of nature:Objects will tend to have an invariable univocal expressive qualityBland unawareness of potential variability and endless modification of qualities“Seriousness” or “depth” not simply correlated to intensity or fullness of thought-content-may neutralize or trivialize when fail to fuse thought with perceptual content
Another important duality
Considering and contemplating nature in its own terms-Respecting natures own forms, structures, and sequencesProblems with serious goal of considering and contemplating nature in its own terms:“in-its-own-terms” might prompt us to supply a scientific thought componentU-valley example
Problem with “respect”
Natures limited respect for its individualsVulnerability and brevity of individual lifeDisturbing thought-contentWorking with a scale“Between the extremes, we might find an acceptable ideal for serious aesthetic perception in encouraging ourselves to enhance the thought-loadalmostto the point, but notbeyond the point, at which begins to overwhelm the vivacity of particular perception”
2ndapproach to the forms of nature:
The forms of nature are annexed in imagination, interiorized, the external made internal-range: universallyintersubjective(shareable, though not universal), to individual and personalMetaphor“Invisible world”“Messages”Dreamlike element of nature*any discrediting in each case is the work of literalism. Naively serious, and thustrivial.
“Is it possible, however, to be moved by skeptical thoughts which suggest that thewholeof this area of experience is nothing other than trivial, that aesthetic experience of nature—being founded on a variety of illusions—can never really be serious?”
Aesthetic experiences of nature because they are dependent on anthropocentric factors such as scale, viewpoint, and perspective may be fleeting and unstable.Mountain Viewpoint-view from a cliff vs. view from aircraft
Creative role in fashioning aesthetic object: “The appreciators of nature have to find their viewpoint, decide on the boundaries of attention, generate the thought content”Assumptions about “authority”Readiness to conform, factor of trivializationFailure to realize how deeply dependent our aesthetic appreciation of nature is on scale and individual viewpoint is to trivialize
Concluding thoughts
Objectivizing andantiobjectivizingmovements of the mind-on the one hand he wants objective truth pursued by science (provided it does not carry us beyond what can be incorporated in perceptual experience)-on the other hand, it has no stronger or more serious claim to aesthetic attention than has the illusory.What exactly is Hepburn's position in the end?
“We are free to respect, or to ignore, the objectivizing option. To feel bound to always pursue it is not really to show commitment to so-called seriousness, but rather to show a profound misunderstanding of the aesthetic. Or would that be simply and shockingly, at the very end, to capitulate to the trivializers?”