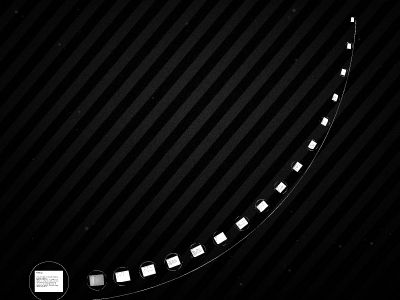 Warm up
Identify the subject and predicate, prepositions, adverbs and adjectives.“While the bubbles were yet sparkling on the brim, the doctor's four guests snatched their glasses from the table, and swallowed the contents at a single gulp” (Hawthorne 102).Write your own sentence, mimicking the pattern of the above sentence.
Embedded quotes
Incorporating quoted material into literary analysis
Why should I use quotes?
To support my argument.To demonstrate my familiarity with the text.To avoid getting kicked out of school for plagiarism!
Embedded vs dropped-in
An embedded quote flows naturally into your own writing. When reading a well-embedded quote, it should sound like part of your own sentence.A dropped-in quote does not flow with the rest of the sentence. It sounds jarring and disrupts the sentence and paragraph.
Example #1
Beneatha is a character who believes in freedom of expression. She said this quote: “People have to express themselves one way or another” (Hansberry 48).Beneatha is a character who believes that “people need to express themselves one way or another” (Hansberry 48).
Example #2
Holden gets frustrated and decides to leave. “People are always ruining things for you” (Salinger 88).Holden gets frustrated and decides to leave, claiming that “people are always ruining things” (Salinger 88).Holden gets frustrated and decides to leave. He claims that “people are always ruining things” (Salinger 88).
Mechanics
CapitalizationLeaving words outAdding words inPunctuationWhere to put the period.
capitalization
The quote is part of your sentence. Do not capitalize any word unless it would ordinarily be capitalized.Example: Holden gets frustrated and decides to leave, claiming that “peopleare always ruining things” (Salinger 88).Do not capitalize “people” even though in the original text it is the first word of the sentence.
Omitting words
When it is necessary to leave out a few words from the original text, use an ellipses (…) indicating where the words were skipped.He claims that “peopleare … ruiningthings” (Salinger 88).NOTE: it is important you do not change the meaning of the original quote by omitting or adding words
Changing words
Sometimes a word needs to be changed in order for the sentence to be grammatically correct.Use brackets to enclose added words:She is just about to apologize when she realizes that this nun is not “Mama or Papa [who she] could argue things with” (Alvarez 15).(The original text is written in first person.)
Using quotes in a paragraph
Lead your reader into the quote.Use the quoted material.Explain how the quote relates to the main point of your paragraph.Hmm. Sounds like the PEE chain;claim, data, warrant; and claim, evidence, reason, doesn’t it?
Example
Lead the reader:Fromearly childhood to adulthood, people are conditioned to hate books and nature. Toddlers are offered books and flowers by their nurses. While the children play with their new toys, a nurse presses the lever, and shocks them to terror.Thequote:Bydoing this, the Director says, “they’ll grow up with what the psychologist used to call an ‘instinctive’ hatred of books and flowers”(Huxley22).Explanation:Asa result, people in this society no longer see the beauty of literature or nature.
Where to put the period
The closing punctuation always goes at theveryend of the sentence, i.e. after the parenthetical citation.Beneatha is a character who believes that “people need to express themselves one way or another” (Hansberry 48).
Cite your sources!
Avoid plagiarism! At the end of the sentence, include a parenthetical citation.In mostcases (at college),the author’s name and page number is required (Author 348).In somecases (frequently here in class),only a page number is needed (348).In Shakespeare’s plays, you needAct.scene.line(IV.3.14-17).
Our class essays
Do not require a works cited page if you are only using quotes from a single source – the novel or play itselfUse parentheticalsGenerally just the page number will be neededYour college essay should also only require parenthetical citations
Works Cited page
The parenthetical citations co-ordinate with the works cited page included at the end of your paper.Helpful websites for proper formatting:http://owl.english.purdue.edu/owl/section/2/
Basic format
Lastname,Firstname.Title of Book.Place of Publication: Publisher, Year of Publication. Medium of Publication.