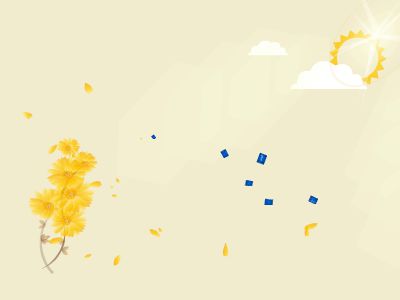 Chapter 21:Marked for Greatness
By:Sarah MadrigalBailey AtwellDalton Jackson
Main Ideas“Everyone is damaged in some way or another, and no matter how careful you are or how fortunate we might be, we don’t get through life without being marked by the experience”
All characters are famous for shape and behaviorPhysical qualities are character traitsDeformities mean somethingThematicallyMetaphoricallyPsychologicalSpirituallyDifferences are meant to stand outHeroes are always marked to stand out/set apart from others
Main Ideas cont…
Injuries= destruction (physically or spiritually)Scared= reflection of imperfections (flaws)Wound/scar= special event in life(like it was earned)Where is the scar?How did they get it?What does it resemble?Scars speak of personal historyLandscapes can be marked as wellPhysical scars caused socially reflects the culture that caused damage/scar
How does this relate to the Kite Runner?
Related to Kite Runner
Hassan’s cleft lip is his scar that he is born with ~ this was his “mark”Hassan’s cleft lip is always visible, on his face, until of course when he gets surgery for it on his birthdayAmir refers to Hassan as “harelippedkite runner” many times, it’s how he’s rememberedThiswas a distinct difference that made Hassan part of who he was, and how others sawhimThe blood on Hassan’s pants and in the snow when he is rapedThis is a symbol of his life experience, and something he will never forget for the rest of his lifeWhen Amir gets in a fight withAssefwhen trying to get backSohrab, this is also a symbol of life experience ~ any scars he might have gotten during the fight is just his life experienceWhen Amir cuts his hand at the end with the rope from the kite like Hassan used toPg. 369 in Kite Runner talks ofSohrab’sscars from the spools which reminds Amir of Hassan’s calloused hands
What are some other examples of characters that are “Marked for Greatness?”
Other examples
Harry Potter ~ his lightning bolt scar he received fromVoldemortwhen he was a baby-his scar is his connection tovoldemort-Harry’ssymbol that he was “destined for greatness”-he was known everywhere and stared at for his scarFindingNemo~nemohad a “lucky fin” & Gill had a scar on his side-Nemostruggled throughout his life because of his fin, which represented the night his mom died-Gill’s scar represents what he had been through in his life, things that changed him and how he had to learn to help himselfThe Lion King ~ Scar had a scar on his eye where him andMufasafought-His scar symbolizes how he is evil, how he has had a rough life and he didn’t get along with his brother, which caused him to hate him and to be the antagonist
https://www.youtube.com/watch?v=LqKrznFKrbghttps://www.youtube.com/watch?v=E_Kd9XhbTmo
Videos/examples of other related works