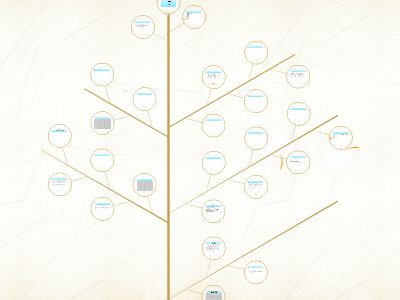 SocialWELFAREIN CUBACarmelo Mesa-LagoUniversity of PittsburghASCE Conference, MiamiJuly 27, 2017
Population agingEmployment and unemploymentWagesIncome inequalitySocial expendituresPensionsHealth careEducationHousingPovertySocial AssistanceConclusionsAll data from ONEI, some calculationsby author
Birth rate the lowest in the continent since 1978Net emigration rate increasing, -0.05% record in 2016Falling (age 0-14), start decrease productive (15-65) and increase elderly (60+)In 2016: 16.4% (young), 63.9% (productive) and 19.8% (elderly)In 2030: 15.5%, 54.4% and 30.1% respectivelyDependency ratio will increase, heavier burden for productive
Employment is declining due to population aging, oldest in the region2015 labor force fell for first time by 2.5% and by 2.2% in 2016Visible unemployment lowest rate was 1.6% in 20062010 R. Castro need fire 1 million unneeded state jobs (hiddenunemp’t)Visible unemployment rose to 3.5% in 2012Non-state sector didn’t grow enough to create jobs for all to be dismissedOnly 500,000 were actually fired and Raúl ended dismissalsVisible unemployment fell to 2.4% in 2015 and to 2% in 2016State labor surplus growing againUnemployment + underemployment: 28% of labor force in 2015
In 1989-1993, state medium wage adjusted to inflation fell by 90%Slow partial recovery until 2016: still 39% of the 1989 levelIn 2016 purchasing power of workers 61% below 1989, 27 years afterECLACstarts series in 2007 showing 15% increase in 2015, highest in the regionState medium real wage 740 CUP in 2016 equal to $30 monthlyThis is the lowest in Latin AmericaIncome inpaladar2,000 times higher than median state wage; lesser of house 7,000 times higherExpansion of income inequality, probably among highest in the region
V. SOCIAL SECURITYPENSIONS
Pension reform in 2008 due to growing financial deficitPayroll contribution 10% paid by employer raised to 12%Contribution of 5% levy on high-wage workers (very few)In 2013 the total contribution had to be 21% to finance deficit inthat yearThe state finances the deficitRetirement age raised five years in 4-year period: men 65, women 60Live expectancies at those ages highest in regionAge increase postpones retirement at least four years and cut pension costsEffect started in 2014 , and cost fell to 15.6% in 2015Costs might resume increase in 2018 or 2019In 1989, 3.6 active workers for one pensioner, falls to 2.9 in 2015 despite reformActuarial deficit huge, no valuation in last four decades
Another way to cut expenditures is keep “real” pensions lowGovernment has full discretion to adjust (among few countries in the region)In 2016 real pension was half of the 1989 level, does not cover food needThe medium real pension in 2015 was 270 CUP, equal to $11 monthlyMost pensioners need family help or foreign remittancesThey are among the poorest groups in the populationMany work in the streets selling peanuts or other things or begging
Number of hospitals declined 32% in 2007-2016Rural hospital closed in 2011, patients shifted to regional hospitalsTotal health personnel decreased 22% in 2008-2016Except for doctors that rose 21%, all other personnel fellFamily doctors shrunk 40% (the rest are abroad)Severe scarcity of medicinesAccess to and quality of health care has diminishedInfant mortality fell 5.3 to 4.2 in 2007-2014 (2ndlowest in continent) 4.3 in 2015-2016Maternal mortality rose from 31 to 42 in 2007-2016 (11 pp.)
Due to aging and cuts, educational enrollmentfellbetween its peak and 2015-16:Primary 19%Rural25%Secondary 15%Rural66%Pre-university 32%Rural82%University 78%
End 2016 official housing deficit was 883,050 dwellings, previous was 600.000My estimate is more than 1 millionDwelling construction fell 80% in 2006-2016The ratio of units built per 1,000 inhabitants declined from 9.9 to 1.9In 2011-2016, dwellings built by the state decreased from 72% to 42% of the totalThose built privately (population) rose from 28% to 58% of the total
Poverty in Cuba has increased since de 1990s crisis (“The Special Period”)In 2000 it was 20% in Havana City and probably worse in the rest of the countryThere are no statistics but several factor have contribute to poverty:Insufficient salaries to cover food needsExtraction of products from the rationing list and selling at market pricesDeterioration of health services, informal paymentsSocial assistance is needed to help the poor/needy but has decreased sharply
Decline in SocialAssistance, 2006-2015
Elderly Receiving Social Pensions, 2007-2015(thousands and percentages)
X. CONCLUSIONS
Cuba’s population is the oldest in the region, some adverse effectsLabor-force fall started in 2015, continued in 2016 and will accelerate in futureUnemployment + underemployment 28% of labor force 2015Medium state wage 61% lesser than in 1989, disincentive to productivitySocial expenditures shrank 8 pp. of budget and GDP in 2007-2015Pension financial deficit 6.5% GDP cut short term, will expand medium termPension is half of the 1989 level and doesn’t cover food needsAll health-care personnel (save doctors) and facilities have been cutEducation enrollment shrunk 72% in 2007-2015Dwellings built fell 80% in 2006-2016, official deficit rose to 800,000
Poverty and income inequality have risen notablySocial assistance instead of expanding has contracted drasticallyEconomic reforms have not had tangible effects on the economyBut have worsened living standards among workers, pensioners, populationConditions will aggravate unless the reforms are deepened/accelerated and a social safety net is established