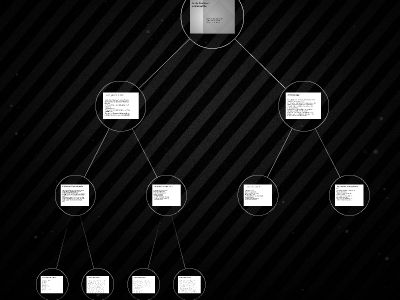 Emily Dickinson:astressedlife
19thCentury American TranscendentalismDecember 6, 2010
Three types of “stress”
Metric stress: hymn (or “common”) meter (iambic tetrameter alternated with iambic trimeter)Ex: “Doom is the House without the Door” (Barker 82)A stressed metal“Dare you see a soul atthe White Heat?” (in Franklin 401)The stress of divergent religious traditions (Calvinism and a more personal spirituality)
A Chronology
1850 (Dickinson is 20): she receives Emerson’s first collection ofPoemsfrom a friend1857: Emerson visit Amherst for a lecture, stays with Dickinson’s brother, Austin, and her sister-in-law, Susan, though a coy Dickinson never leaves her home to meet him1861: Dickinson’s first published poem appears inRepublican(entitled “The May-Wine”)1880 (four years after her death): Higginson and Mabel Loomis Todd publish the first series of her Poems. There are 11 editions by 1892.
Dickinson as a Transcendentalist
Close reader of Emerson and admirer of ThoreauCreated literary work that relied upon the contents of individual consciousnessLanguage becomes a tool for direct understanding of reality via sensuous perception of the physical worldLanguage is constantly “mined” for new symbolic meanings (see Barker 87 and Wolosky 135 on this)Her life provides the model for the Romantic artist
“Perception of an Object Costs”
Perception of an object costsPrecise the Object's loss –Perception in itself a GainReplying to its Price –The Object Absolute –is nought -- Perception sets it fairAnd then upbraids a PerfectnessThat situates so far --
“I like a look of Agony”
I like a look of Agony,Because I know it's true—Men do not sham Convulsion,Nor simulate, a Throe—The Eyes glaze once—and that is Death—Impossible to feignThe Beads upon the ForeheadBy homely Anguish strung.
“She staked her feathers-gained an arc”
She staked her Feathers—Gained an Arc—Debated—Rose again—This time—beyond the estimateOf Envy, or of Men—And now, among Circumference—Her steady Boat be seen—At home—among the Billows—AsThe Bough where she was born—
“Wild Nights! Wild Nights!”
Wild Nights—Wild Nights!Were I with theeWild Nights should beOur luxury!Futile—the Winds—To a Heart in port—Done with the Compass—Done with the Chart!Rowing in Eden—Ah, the Sea!Might I but moor—Tonight—In Thee!
Conversation starters
Wendy Barker explains Dickinson associates the "sun", "day", and "night" as representing the social norms, and cool climate with privacy. Is this seen at all throughout the poems we were assigned for this week?How do Dickinson's beliefs about woman's rights overlap with those of the Transcendentalists? Specifically with those of Margaret Fuller. Are these opinions evidenced at all throughout the poems we were assigned for this week?In the last stanza of Dickinson's "Dying! Dying in the night!" who is "Dollie"?Dickinson like some of the Transcendentalist chooses to capitalize various words throughout her works. What is her intent in doing this, since the capitalization is not consistent throughout her work? For example, "My Life had stood- a Loaded Gun-" all the nouns are capitalized, yet these same nouns "Him", "Night", "Day", are seen in other works written in lowercase.
Conversation starters
What could it possibly mean for an intellectual-being being at odds with the light of day? In much of Dickinson’s poetry the sun is a devitalizing force, and darkness is light. It is certainly oxymoronic to detest the very substance that gives life. By today’s standards, is Dickinson depressed: If so, is depression an essential tool for the construction of her poetry?The lack-luster of everyday existence, including that of most of her immediate family, their religiosity, her father’s dominance, and the imposition of the Calvinist church (this is possibly part of what Dickinson called the prosy of prose) encouraged Emily Dickinson’s redefinition of language and life through her poetry. Does her revolt against prose define her as an individualist, or better yet a transcendentalist?Nature—sometimes sears a Sapling—Sometimes—scalps a Tree—Her Green People recollect itWhen they do not die—Fainter Leaves—to Further Seasons—Dumbly testify—We—who have the Souls—Die oftener—Not so vitally—In the above poem Dickinson uses 12 m-dashes. Is there a purpose?
Conversation starters
In our assigned reading, Wendy Barker speaks of Emily Dickinson wanting to pick strawberries “But— ‘worrying’ if I stained my Apron—/ God would certainly scold” What are “Dimity Convictions”, are these convictions merely a constraining device?Being engulfed in her own human nature which seems strongly opposed to the dogma of Calvinism; and in her individual search for truth, can the reader see her existence as an endemic force of transcendentalist precepts. Could her life in any way parallel the life of Frederick Douglas?What is meant by the term “lunacy of light” is there a metaphor in this phrase concerning the light of day, or is it some sort of double meaning that considers as well a state of mind?Why is the speaker in Dickinson’s poem say “I am afraid to own a Body —/ I am afraid to own a Soul —/ Profound — precarious Property —/ Possession, not optional —… Does her reluctance scorn Walt Whitman’s brazenness in his proclamation in Song of Myself: “I am the poet of the Body and I am the poet of the Soul”— can the reader in any way see a virtual literary affront in these two pieces?