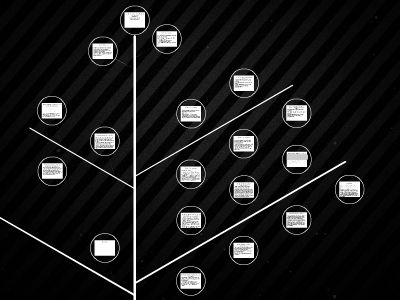 The U.S. Treasury: Types of Markets and AuctionsPetarPetrovECON 1465, Fall 2010Brown University
What is a Treasury
U.S. Government debt obligations backed by its full faith and creditBills (< 1y), Notes (1-5y), Bonds (>5y), TIPSVery low risk associatedUsed for funding government projectsUsed for controlling money supplyOver $2 trillion in securities are issued every year
Types by issue date
While issued: when the issue is announced but the auction is not yet carried outOn-the-run: the current newest issue of a particular type of securitiesOff-the-run: when a newer issue of the same type of securities is auctioned, the old ones become off-the-run
Markets for Treasuries
Primary market – AuctionsFrequency: 4-, 13-, 26-week bills – weekly, 52-week, 2-, 3-, 5- and 7-year notes – monthly, 10- and 30-year bonds – biannuallyCompetitive bidders (18 primary dealers) post a pair of bid-quantity, representing the quantity they want to buy at that price, multiple bids possibleNoncompetitive bidders post a quantity they want to buy, all of them win at a price which is the quantity weighted average of the competitive bids
Markets for Treasuries
Secondary Markets: over the counter and electronically organized systems byinterdealersFederal Bank of NY – biggest traderPrimary dealers act as market makers, providing bid-ask quotes, holding inventoryBiggest market in the world, relatively liquid
Markets for Treasuries
When-issued Market: a forward market between the primary dealers and their institutional investorsQuantity in the futures: ranging from a small one to several times the size of the issueStarts at the announcement of the auction and ends and settles at the date of the issueClose to the Chicago Board of Trade Treasuries futures market
Types of Auctions: Discriminatory price
Competitive bidders place bid-quantity sealed bidsEach winning competitive bidder pays the bid he submittedNoncompetitive bidders pay a quantity-weighted average of the winning competitive bids
Types of Auctions: Uniform price
Competitive bidders place bid-quantity sealed bidsEach winning competitive bidder pays the highest loosing bidNoncompetitive bidders pay a quantity-weighted average of the winning competitive bids
Common properties of auctions
The common value assumption: no matter how much they pay in the auction, the buyers face the same value in the secondary marketAsymmetry of information: each buyer has a unbiased private value of the uniform unknown value they are going to face on the secondary market. The average of all those values is believed to be close to the actual value
Problems with the markets: The purpose of Treasuries and incentives
The main purpose of the Treasuries is to raise funds for the U.S. Government in order to fund its projects and programs, thus revenue maximization is the main problemThe seller must set the right incentives and lower the risk for the buyers as much as possible in order for them not to underbid
Problems with the markets: The cost of gathering information
Proprietary forecasting models or purchasing information from an outside source are costlyForward and futures markets have implied volatility because of speculators that do not cover their betsThese costs are offset by underbiddingThe seller should release as much information as possible about the auctions and securities issuedThe government should facilitate the forward and futures market, lower the risk involved in participating in them in order to make the signals more stable, significant and reliable
Problems with the markets: The cost of reselling
Discriminatory auctions favor fewer buyers, which face bigger losses if they cannot sell their inventoriesTending to those transactions has a costThe cost must be offset by underbiddingIt is proposed that the seller might save up to 75 basis points if he switches to uniform price auctions
Problems with the markets: Sending signals to the secondary market
Competitive sellers want to clear part of their inventories and thus if they have a firm belief of a drop of interest rates and thus a hike in prices, they would like to signal thatAssuming investors learn from auction results, a good way of signaling is through the bids madeA higher bid, however, costs the bidders more in a discriminatory auction, so they tend to shed their bids moreIn contrast, the desire to signal information results in a more aggressive bidding strategies in the uniform price auctions, resulting in higher revenues
Problems with the markets: Winner’s Curse
The Winner’s Curse is the situation in which the winning bidders pay more than the shared average price of the itemBidders’ fear of the Winner’s Curse makes them lower their bidsWinner’s Curse is directly proportional to uncertainty
Problems with the markets: Winner’s Curse
Seller– disclose honest and complete information about the auction and expectation of the secondary-market priceUniform price auctions decrease the fear of the Winner’s Curse since all the bidders pay the bid of the first looser, which makes them bid closer to their real expectations of the secondary-market price an leads to a overall more aggressive bidding strategies
Problems with the markets: Noncompetitive bidding andsquizes
Noncompetitive behavior/lack of participants disturbs the efficient allocation of the securities among investors in the secondary marketUniform price auctions discourage this kind of auction, because costs of participation are lower, allowing more bidders, and the incentives of a dealer to break out of a ring are higher, since he only pays the uniform price, while still winning by overbidding
Empirical Data: Difference in under pricing between the auctions
Under pricing is measured in basis points and is defined as the auction yield minus the average when-issued yield close to the 1:00 auction time.The auction yield is the average winning yield for discriminatory auctions and the market-clearing yield for uniform-price auctionsYield is reversely proportional to prices!
Conclusion
Uniform price auctions show better results and effectively deal with more problemsMaximum amount of information should be disclosed to the publicFor future research: move away from static auctions and look into ascending or descending auctions as they give stronger signals to the secondary market and better information to the participating bidders, diminishing the Winner’s Curse, while have ambiguous effects on some of the problems
Questoins?