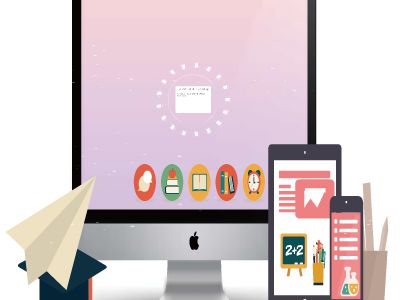 The media and judicial proceedings
Training workshop on media and freedom of expression law
Question for discussion
Whyisthe media an important part of the right to a fair trial?
Media freedom is sometimes limited for the purposes of the fair administration of justice.But it is important to remember thatopenjustice has always been regarded as an essential guarantee of fairness (“justice must be seen to be done”).
This is why the media were allowed to broadcast the trials of celebrity defendants such as O.J. Simpson and OscarPistorius.“Aresponsible press has always been regarded as the handmaiden of effective judicial administration, particularly in the criminal field. Its function in this regard is documented by an impressive record of service over several centuries. The press does not simply publish information about trials but guards against the miscarriage of justice by subjecting the police, prosecutors, and judicial process to extensive public scrutiny and criticism.” (US Supreme Court,Sheppard v.Maxwell)
“Fromthe right to open justice flows the media's right to gain access to, observe and report on, the administration of justice and the right to have access to papers and written arguments which are an integral part of court proceedings subject to such limitations as may be warranted on a case-by-case basis in order to ensure a fair trial.”(South African Constitutional Court,Independent Newspapers v. Minister for IntelligenceServices)
But can you see any potential problems with open reporting of all stages of judicial proceedings?
These concerns are often mentioned:Jeopardizing continuinginvestigations“Trial by media”Interfering with the privacy ofparticipantsUndermining the authority ofjudges
Reporting investigations
There should be a presumption of openness:“Under certain conditions, public access to confidential or sensitive information related to court proceedings will endanger and not protect the integrity of our system of justice. … Public access will be barred only when the appropriate court … concludes that disclosure would subvert the ends of justice or unduly impair its proper administration.” (Canadian Supreme Court,Toronto Star Newspapers Ltd. v. Ontario)
There is a danger ofinformationabout an investigation beingselectivelyleaked.“Whenjudicial authorities and police services themselves have decided to provide information to the media in the context of on-going criminal proceedings, such information should be provided on a non-discriminatorybasis.” (Council of Europe, Committee of Ministers)
Reporting trials
Public trials are“a duty upon the State that is not dependent on any request, by the interested party, that the hearing be held in public.”(Human Rights Committee)
However…“Thepress and the public may be excluded from all or part of a trial for reasons of morals, public order (ordrepublic) or national security in a democratic society, or when the interest of the private lives of the parties so requires, or to the extent strictly necessary in the opinion of the court in special circumstances where publicity would prejudice the interests ofjustice.”(Art. 14 ICCPR)
“Trial by media”
How can media report trials without prejudicing them?“Providedthat it does not overstep the bounds imposed in the interests of the proper administration of justice, reporting, including comment, on court proceedings contributes to their publicity and is thus perfectly consonant with the requirement … that hearings be public. Not only do the media have the task of imparting such information and ideas: the public also has a right to receivethem.”(Wormv.Austria)
How the media reports court proceedings will also be affected byconsiderationssuch as:Greater latitude in the case of proceedings involving politicians and other public figuresPublic interest in the matter of the proceedings
Question for discussion
Does the balance of how far the media may comment on a court case vary depending on whether the case is to be decided by members of the public (a jury) or a trained legal professional (a judge)?
Privacy of participants
Some of those taking part in court proceedings are (or should be protected) – for example, children and victims of sexual crimes.Courts are entitled to impose reporting restrictions in such instances.
Questions for discussion
What about the privacy of witnesses?Or defendants?
Criticism of judges
Courts have distinguished “scurrilous abuse” from “healthy comment andcriticism” of judges (Kenyan High Court,Republic v.Nowrojee).The Federal Court of Australia hasnoted:“[I]t is no contempt of court to criticize court decisions when the criticism is fair and not distorted by malice and the basis of the criticism is accurately stated. To the contrary, a public comment fairly made on judicial conduct that is truly disreputable (in the sense that it would impair the confidence of the public in the competence or integrity of the court) is for the public benefit.”(NationwideNews Pty Ltd v. Wills)
Expressing anopinionon a court decision should not be punished:“Looked at against the background of the case, the accusations in question amount to an opinion, whose truth, by definition, is not susceptible of proof. Such an opinion may, however, be excessive, in particular in the absence of any factual basis, but it was not so in this instance.”(ECtHR,DeHaesandGijselsv. Belgium)