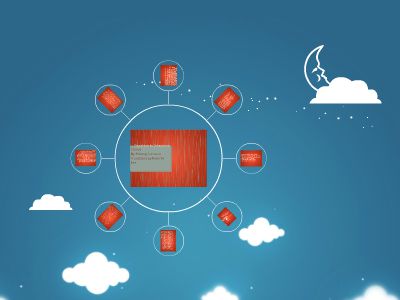 Elements of Literature in Cranes_Delaney Davis

CranesBy: Hwang Sun-wonTranslated by Peter H. Lee
Presentation by: Delaney Davis
INTRODUCTION
In this presentation I will explain the Elements of Literature using the short story “Cranes” as an example. The five elements I will go over with you are Plot, Characterization, Setting, Point of View/Narrator/Voice, and Theme.
PLOT DIAGRAM
Exposition
Inciting Incident
Rising Action
Falling Action
Climax
Resolution
Denouement
Korean WarSong-samrealizesTok-chaeis a prisoner about to be escorted toChongdan
Song-samdecides to escortTok-chaetoChongdan
Song-samdecides to letTok-chaego free.
TwoTanjongcranes soar into the autumn sky, fluttering their wings.
Come across the neutral zone of the 38thparallel and remembering the time when the boys caught a crane together.
Song-samdecides to quit smokinginfrontofTok-chae.
Tok-chaeexplains to Song-samabout his father and that he was married to Shorty.
We find out that Song-samhad to leave his family to go North to help with the war.
We find out about the crane story when the boys were younger.
Song-samwants to stop for a crane hunt.
Song-samuntiesTok-chae’shands.
PLOT ELEMENT- Resolution
I believe the resolution of Cranes was when Song-samdecides to untieTok-chaeand let him go free. This is because the inciting incident is that Song-samrealizes thatTok-chaeis a prisoner and begins escorting him toChonadan, and the resolution usually solves the inciting incident and I believe by Song-samfreeingTok-chaethat the inciting incident is solved.
CHARACTERIZATION
The main characters in Cranes areTok-chaeand Song-sam.The others informs the reader that the to boys are childhood friends that lost touch when the war began. We’re told thatTokchaewas a poor hard working farmer, his father is ill andTok-chaedecided to stay with him till he passed instead of escaping like he wanted to. Song-samwas much the same but he decided to leave his family instead of staying behind. This shows that both of the characters were hard working and cared for their families.
SETTING
Cranes takes place in a village along the 38thparallel between North and South Korea in the early 1950’s around the Korean War. It was about mid afternoon when the story plays out. The atmosphere seems very tense, people are fearful. The war has a big effect on the story because it has effected both Song-sam’sandTok-chaelife in some way and it is the reasonTok-chaeis a prisoner.
POINT OF VIEW/NARRATOR, AND VOICE
The point of view in the story Cranes was written in third person omniscient because we get to experience the thoughts and feelings of both Song-samandTok-chae. An example is when Song-samfeelsa sudden surge of anger or when hethoughtof days when him andTok-cahewould share dried gourd leaves.Another example is whenTokchaewas puzzled struck dumb, or when he thinks a bullet is going to come from where Song-samhad gone. The tone and voice of this story I would say is very serious and a little suspenseful because we are waiting and wanting to know what happens between Song-samandTok-chae.
THEME
True friendship can withstand even the hardest of times.I decided on this theme for Cranes because throughout the story you here about Song-sam’sandTok-chae’sfriendship and the times they had together like when they went to steal chestnuts from the old man in their village and when they caught a crane together. Because of their past in the end Song-samdecides to letTok-chaeeven though in the beginning he is really upset with him and is taking him as a prisoner.
CONCLUSION
In conclusion, I have used the story Cranes to explain the five element of literature, plot, characterization, setting, point of view/narrator/voice, and theme. Cranes was a very good short story, a reason I enjoyed it is because I believe it showed a lot about friendship and freedom and those two things a very important in everybody's life.