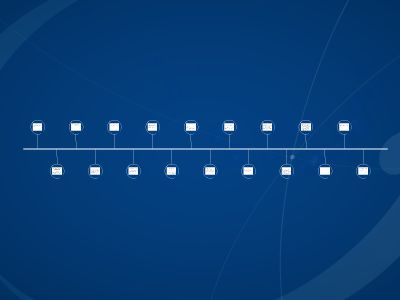 Rectifying the Design Flaws in the Euro Project

RectifyingDesignFlaws in the Euro Project
Frank BarryTrinity College DublinJanuary 2012
Design Flaws? What Design Flaws?Jean-Claude TrichetPresident of the European CentralBankWhitakerlecture, Dublin, May2004
“WeEuropeans have been very bold in creating a single currencyinthe absence of a political federation, a federal government and a federal budget for the euroarea”As long as the fiscal constraints are respected, the euro will work fine
Assumptionis that country-specific shocks arelargelythe result of divergentfiscalpolicies
But OptimalCurrency Area literatureof the 1960s pointedoutthatasymmetric tradeand productionstructuresmean asymmetricshocks
In Eichengreen’s work of the mid-1990s, non-policy-induced asymmetric shocksappeared particularly important for Ireland and the other peripheral EU12 economies (including the UK)Easy to understand in Ireland’s case:Important FDI links with the USUK remains important export destination (and competitor) for labour-intensive indigenous output
Policy harmonisation will largely remove policy-induced asymmetric shocks butnot otherasymmetricshocksBusiness cycles will remain imperfectlycorrelated
Examples of asymmetric Irish shocks
Dramatic falls in sterling preceding the Irish devaluations of 1986 and 1993Even if the Irish pound had not been open to speculative attack, would the automatic fiscal stabilisers have been sufficient to cope?
If the answer is “no”, then consider what the new fiscal pact would have entailedWould have imposed further austerity upon existing austerityAn EU Commission paper from 1997analysed the 24 most severe recessionary episodes from the mid 1970s to mid 1990s. Five of the 24 wouldhave led to violation of theSGP excessivedeficits procedureeven ifcountries hadbegunwith deficits ofzero
But in the “German view” maybe that doesn’t matter too much!
From the Dublin speech of Jean-Claude Trichet:“Iwould maintain that wealth and expectational effects of well-designed consolidation programmes might very much reduce and possibly even outweigh the traditional Keynesian multiplier effects of fiscal policy on demand andactivity”“Ireland’s experience post 1987 clearlyshows how policies geared to fiscal consolidation do not necessarily entail contractionary effects on real aggregate demand and economicactivity”
Doomsday “asymmetric shock scenario” for Ireland
Unlikely, but …Assumedramaticchanges to US corporation tax laws on “deferral”, orCCCTB wipes out our corporation tax baseRemember: UScompanies pay 40% of Irish corporation tax revenues, and these are high relative to GDP for Ireland. Bulk of revenues paid by a small number ofMNCs
Non-policy-induced asymmetric shocks are alleviated inthe U.S.by the response of the federal budget
For every $1 by which a state’s income falls relative to the US average, the federal budget cushions up to 40c of the shockThis is the logic of where the eurozone is headed
Paul De Grauwe warned in 1999 that “failuretocreate a European government with similar responsibilities to present nationalonescreates the risk of the break-up of the monetary union”Was referring in this case to the fiscal federalism argument just outlined, but …
Also warned that freercapital mobility would reinforce regional booms, threatening financial stability unless regulatory structures were federalised
“TheEuro and Financial crises”,Paul DeGrauwe,1998
“Suppose a country, which we arbitrarily call Spain, experiences a boom which is stronger than in the rest of the euro-area. Since the ECB looks at euro-wide data, it cannot do anything to restrain it. Unhindered by exchange risk, vast amounts of capital are attracted from the rest of the euro-area.
Spanish banks that still dominate the Spanish market increase their lending, driven by the high rates of return on ever increasing Spanish asset prices, and by the fact that they can borrow funds at the same interest rate as banks in Germany. After the boom comes the bust. Asset prices collapse, creating a crisis in the Spanish banking system”
“The US monetary union provides many examples of such local booms and busts followed by financial crises that lead to large scale bail-out operations. Scenarios of local booms and bust, as the one just described, will almost certainly happen in the future euro-area.The founders of EMU have taken extraordinary measures to reduce the risk of debt default by governments. Excessive debt accumulation by the private sector can be equally, if not more, risky. Theinstitutions that should guard EMU from financial and banking crises have still to be put in place”
Implications
Monetary union requires centralised bank regulation and resolution regimes
Existing situation,as our ‘Dr. Doom’ putit, is like expecting the taxpayers of Newcastle to bail out Northern Rock
One problematic design characteristic that cannot be rectified in our favour
Under the EU, as Garret FitzGerald always remindedus, theCommission wasthe best defence of smaller member states’ interestsCommission is much less important within the eurozone