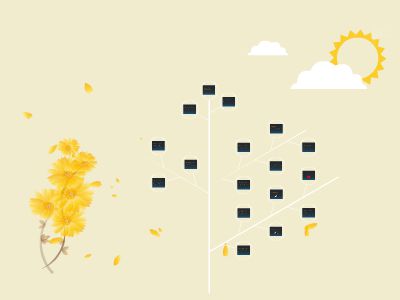 Maine Law Court &the Criminal Law
DAG Bill Stokes, Chief, Criminal DivisionAAG Don Macomber, Criminal Division
Miranda & Voluntariness
PrescottBraggJonesNightingaleWiley
State v. Prescott, 2012 ME 96
Defendant who left scene of accident not “in custody” when questioned at her homeDefendant “in custody” when questioned at scene after officer told her she had to return with him
State v. Bragg, 2012 ME 102
Defendant questioned at scene of OUI stop not “in custody”Officer’s telling defendant that her BAC was .13 and that legal limit in Maine was .08 was not “interrogation”
State v. Jones, 2012 ME 126
Juvenile defendant (17 ½) not “in custody” when questioned at hospital where his baby diedAlso not “in custody” when questioned later that night in his apartment during scene re-creationAlso not “in custody” when questioned later that week at police station
State v. Nightingale, 2012 ME 94
Defendant not “in custody” during 9 hour polygraph interview at police station; statements voluntaryInvocation of right to counsel at end of interview did not preclude police from going to defendant’s mother’s house to interview defendant
Nightingale
Non-deliberate failure to give Miranda warnings at mother’s house did not preclude admission of post-warning confessionPetition for certiorari filed as to whether “deliberate” Miranda violation, announced in Justice Kennedy concurring opinion, is proper standard; Supreme Court ordered responseCert. denied in June 2013
State v. Wiley, 2013 ME 30
Defendant not “in custody” when questioned at police station about child sex offenses when he voluntarily went there and was told he was not under arrestDefendant’s confession “involuntary” as primarily motivated by officer’s offer of short jail sentence and probation as alternative to lengthy prison sentence
State v.Butsitsi, 2013 ME 2
Defendant waived his privilege against self-incrimination by testifying on direct examination; State’s cross-examination question about gun was relevantTrial court did not violate Maine Rule of Evidence 512 by instructing the jury that it could consider defendant’s refusal to answer the question despite court’s order to do so
State v. Carr, 2012 ME 136
New trial not warranted even though State inadvertently failed to turn over audio recording of defense eyewitness until after trialSummary of interview provided before trial and recording did not materially differ from summary
State v. Reese, 2013 ME 10
PostconvictionDNA motion for new trial properly denied despite unknown male DNA not belonging to defendant found on duct tape wrapped around victim’s wristsDefense did not prove DNA was not product of contaminationTrial evidence of defendant’s guilt was overwhelming
State v.Hofland, 2012 ME 129
State constitution does not provide right to hybrid/duel representationDefendant knowingly, intelligently, and voluntarily waived his right to counsel
State v.Doloff, 2012 ME 130
Prosecutor’s comment that she did not think bat used to attack victim was too heavy not obvious errorProsecutor comment regarding her personal opinion of defendant’s credibility, while improper, was not obvious errorProsecutor’s urging jury to “do justice” was improper, but not obvious error
Pop Quiz: Who is this woman?
TheZumbaQueen
State v. Strong, 2013 ME 21
State had right to bring interlocutory appeal from trial court’s dismissal of 46 invasion of privacy countsTrial court had right to consider facts alleged in State’s offer of proof, not just the indictmentJohns do not have reasonable expectation to be free from video surveillance when having sex with prostitute
So remember: