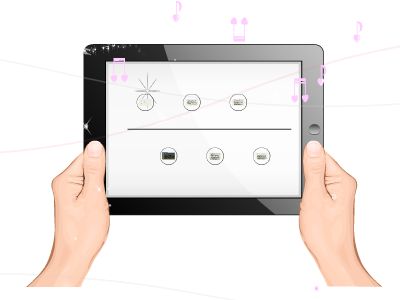 Case StudyAlternative Treatment Standards for Contaminated Soils
Martin E. SánchezNJDEP
Background
Remediation project generated diesel impacted and historical fill lead impacted contaminated soil kept in two (2) separate piles.Diesel impacted soil were shipped to a solid waste facility approved to accept petroleum impacted soils.Approx. 100 tons of contaminated soils were shippedSW facility processed the contaminated soils along with other loads received that day.Approx. 3,000 tons were staged onsite after processing.
Investigation Findings
Remediation project LSRP contacted SW facility that when preparing the shipment on-site subcontractor inadvertently comingled the hazardous and non-hazardous piles.The pile holding Pb impacted contaminated soils had TCLP result of 6.21 mg/L.Upon receipt at the SW facility, the hazardous waste soil were further mixed with approx. 40 additional loads of non-hazardous soil before it was informed of the error.SW facility contacted the Department of the unmanifested shipment.
Dilution Prohibition
The Department determined that since the soil was hazardous waste at the point of generation(excavation), the LDR standards still apply to the resultant mixture.The Department proposed that a representative sample of the processed soil be taken for LDR compliance purposes.As per 40 CFR268.3  - Dilution is prohibited as a substitute for treatment.(a) Except as provided in paragraph (b) of this section,no generator, transporter, handler, or owner or operator of a treatment, storage, or disposal facility shall in any waydilute a restricted waste or the residual from treatment of a restricted waste as a substitute for adequate treatment to achieve compliance with subpart D of this part, to circumvent the effective date of a prohibition in subpart C of this part, to otherwise avoid a prohibition in subpart C of this part, or to circumvent a land disposal prohibition imposed by RCRA section 3004.
LSRP Response to NJDEP Position
LSRP elected to comply with the alternative soil treatment standards (40 CFR 268.49) instead of the generic treatment standards (40 CFR 268.40).To achieve LDR compliance, the hazardous constituents in the soil must not exceed 10 times the universal treatment standards (10 x UTS). UTS for Pb is 0.75 mg/L.In this case, the alternative treatment standards was 7.5 mg/L for Pb. The highest TCLP Pb sampled was 6.21 mg/L.LSRP argued that the contaminated soil wasbelowthe Alternative Treatment Standards for soils at the point of generation allowing them to be disposed of in a Subtitle D landfill.
268.49   Alternative LDR treatment standards for contaminated soil
(c)Treatment standards for contaminated soils.Prior to land disposal, contaminated soil identified by paragraph (a) of this section as needing to comply with LDRs must be treated according to all the standards specified in this paragraph or according to the Universal Treatment Standards specified in 40 CFR 268.48.(C) When treatment of any constituent subject to treatment to a 90 percent reduction standard would result in a concentration less than 10 times the Universal Treatment Standard for that constituent,treatment to achieve constituent concentrations less than 10 times the universal treatment standard is not required. Universal Treatment Standards are identified in 40 CFR 268.48 Table UTS.