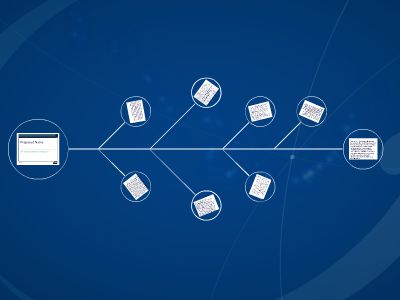 Proposed Name
New Elementary School on Harrisburg Road
Thenew Lancaster County elementary school is located on Harrisburg Road in northern Lancaster County in the Indian Land Community. Indian Land has been historically defined as the area from 12 Mile Creek on the south and west to the Catawba River and to the North Carolina border on the north and east.
Harrisburg Road is named after the historic community of Harrisburg. In the early 1800’s, Harrisburg was the site of Harrisburg Academy, the first school in Indian Land. As part of the Great Wagon Roads, Harrisburg Road was a section of what is referred to as the Camden to Salisbury Road. Each mile of these roads was marked with a mile marker, and the “15 miles to Charlotte” marker had been moved from its original location and placed on the land that was later purchased by the Lancaster County School District for this new elementary school. Prior to the land being purchased by the school district, the marker was moved to the Museum at the historic Lancaster County Courthouse.
Along with the school, Harrisburg also had a grist mill, store and a few houses. Early histories of this region describe an Indian trading path to the south of Nation Ford, referred to as the “Road to theCheraws.”This trading path was located at the convergence of Sugar andMcAlpinecreeks. Because early post offices were located on the most utilized trade routes, this simple trade path spurred the construction of a U.S. Post Office along the trade route.
Dr. Cunningham Harris was thePostmaster. Dr. Harris was also one of three men whom the S.C. Legislature granted full authority to build dams, locks and canals in the area - with the obligation that they clear out Sugar Creek from that area to the Catawba River. The project ultimately failed and the community withered away, leaving the outpost which was ultimately named “Harrisburg Road.”
It is said that George Washington stopped while on his “Southern Tour” at Barr’s Tavern, located about a mile and half north of modern-day Lancaster, then known asBarnettesville. Washington ordered a bowl of “milk and mush” and paid for his meal by placing a silver half coin in his empty bowl before handing it to Barr’s daughter. From there, Washington would have traveled north and into Mecklenburg on Harrisburg Road.
Notonly was Harrisburg Road traveled by President Washington, but it was also traveled by two young boys who later became president: Andrew Jackson and James K. Polk. General Cornwallis traveled up Harrisburg Road on the way to Charlotte, where he encountered the “Hornet’s Nest” and retreated to the area of Harrisburg to camp. General Thomas Sumter was elected a general by his peers at the nearby Clem’s Branch.
Thecommittee thought it befitting that the school name be tied to the road that to some degree helped “pave the way” to the development of the Indian Land area.Thecommittee recommends that the school be namedHarrisburg Elementary Schoolwiththe school mascot being theTomahawksand school colors matching that of Indian Land High School,blue, gold and white.
Themascot of Tomahawks will tie in with the current Indian Land Warrior theme and has been used by the Lancaster Recreation Department when more than 1 Indian Land area team has been required. Maintaining the blue, gold, and white colors allows for continuity of school and community spirit that has been fostered, and will connect these elementary students to the middle and high school they will attend.