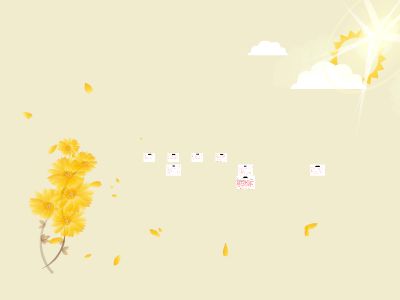 SONNET
Is a lyric poem of single stanza consisting fourteen iambic pentameter lines.English sonnets are of two types:- Italian or Petrarch an sonnet:-it’s name after the 14thcenturyItalian poet Petrarch and divided into two stanza octaves of eight lines rhyming ‘abbaabba’ and followed by sestet of six lines rhyming ‘cdecde’. Sir Thomas Wyatt imitate this form.Eg:- ‘On his blindness’ by John Milton.*TheEnglish sonnet orShakespearean sonnet:-This type fall into 3 quatrains and conclude with a couplet ‘ababcdcdefefgg’. Earl of Surrey follows this pattern. Andspenserfollows ‘ababbcbccdcdee’.Eg:- ‘Amoretti’ by Spenser.
LYRICS
A short poem uttered by a single speaker who expresses a state of mind or a process of perception, thought and feeling .Dramatic lyrics represents addressing another person in a specific situation. John Donne’s ‘Cannonization’ William Wordsworth’s ‘TinternAbbey’.Lyrics is utter in 1stperson, the “I” in the poem need not be the poet who wrote it.The speaker of lyrics poem is a conventional figure,eg:- Long suffering suitor inPetrarchansonnet 0r TheCourtly, WittyLover of the Cavalier poem . In some the speaker is an invented figure remote from the poet in character and circumstance.
ELEGY
The poem written in elegiac meter(alternating hexameter andperameterlines) is denoted by elegy during the time ofGreek and Roman.It is the type of poem which express mourning or sad tone poems.Old elegy mainly base on meter but recent elegy based on mood or content.Eg:-Audin’s“in memory of W.B. Yeats” is the best elegy.According to Coleridge elegy is a reflective poem....
Tragedy is a dramatic representation of series action which ends disastrously.According to Aristotle tragedy is ‘the imitation of an action that is serious and also, as having magnitude, complete in itself’.Tragedy is a drama based on high class people with serious word and concerning as fiction.Eg:-’Hamlet’ by Shakespeare.
TRAGEDY
PARADOX
It is a statement which seems on it’s face to be logically contradictory or absurd, yet turns out to be interpretable in a way that makes sense. Metaphysical poetry 17thcentury where paradox is employed.Paradox was main concerned of many new critics.
AMBIGUITY
Multiple meaning andplurisicnationare alternative terms for this use of language.In ordinary usage “Ambiquity” is applied to a fault instyle i.e. the use of vague orequivocantexpression when what is wanted is precision and particularity ofrefrence.
IMAGERY
The poem which make a picture in words with a pictorial quality.Figurative language such as simile, metaphor, symbol, etc. are mainly used.Imagery are of two types:-Literal andfiguritive.Eg:- “The Fish Or The Snake” by Lawrence.
MOCK EPICS
It is a lofty style and connection of epic poetries describe a undignified serves of even a kind of a satire and fun.eg:- “The Rape Of The Lock” by Alexander Pope.Mock epic is also known as mock heroic poem is that type of poetry which imitates, in a sustained way, both the elaborate and the ceremonious style of the epic genre, but applies it to a narrate a common place or a trivial subject matter.PARVEEN & NAVPREET