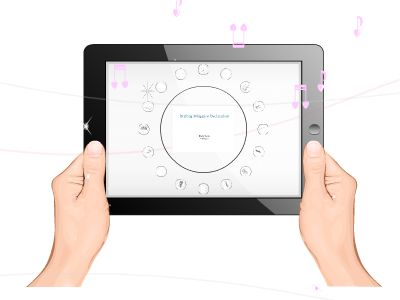 Drafting Mitigation Declarations
Kirsty DavisApril 2011
Uses for Declarations
Basis for experts’ opinionsSupport for allegations in the petitionProffer in support of a motion for an evidentiary hearingTestimony
Goals
Create a compelling narrativeCorroborate other’s narrativesProvide legally significant evidence
Litigation Pitfalls
Disavowal of content (counter-declaration or testimony at a hearing)Inaccuracies and inconsistencies (previous statements, documents, testimony, and declarations or statements of other witnesses)Harmful informationDiscrepancies with general case themes
Discrepancies with Case Themes
CLIENT was a superb worker. He often recognized inefficiencies in our industry and recommended insightful solutions. I found myself relying on his excellent observations in devising changes in our workflow procedures and reducing injuries to our workers.
Two Problems:CLIENT picked up garbage and once “recommended” that the workers be given work gloves because he cut his hands, a recommendation that he got from the driver of the truck.Theme: CLIENT is mentally retarded.
Keys to Successful Declarations
Preparing for the interviewConducting the interviewDebriefingDraftingEditingSigning
Preparing for the Interview
Understanding focus/themes of the caseEducating yourself about the witness (case and non-case investigation)Formulatingtopics, questions, and approachesUnderstanding the witness’s role
Conducting the Interview
Conditions of interviewInterview witnessindividuallyLocation where witness iscomfortableNote takingWitness considerationsBalance accuracy with attentionUse of outlineHarmful informationWhat to do with the notesExplaining the declaration process to thewitness
Debriefing
Post-interview team discussionsHarmful informationProcessing significance of information obtainedDiscussion of difficulties interview presented (stress of interview)Need for follow-up interview(s)
Drafting Declarations
Structure:1st(or 1stand 2nd) paragraph(s): Witness’s relationship to client and/or the case and characteristics that make the witness credibleBody/ContentPenultimate paragraph: not contacted by defense, or not asked questions that would have elicited the information included in thisdeclaration, would have been willing to testifyLast paragraph (not numbered): penalty of perjury. No need to include location where declaration was signed.
Level of Detail in Social History Declarations
Instead of conclusion: “He was slow.”Frank reported directly to James Cooper. He was the only one of the workers, besides the supervisors, to do this. He cleaned the office in the mornings and then checked with James to see if he should go to work at James’s house or at one of the work sites. At James’s house, Frank cleaned inside and took care of the dog and cleaned up outside on the patio. On the construction site, his main task was to clean, and on occasion he helped with demolition. He did not have construction skills, and he could not do complex work or tasks. When he finished a task at a work site he asked me what to do next. I never assigned him any task other than cleaning. He was obedient and recognized that I was in a position of authority.

Instead of conclusion: “They were poor.”I had not realized how poor they were, and I was shocked by the conditions in which they were living. When I ate with them, they had only one potato that they had to divide between all of them. Because I was their guest, I was given two pieces of potato while the rest of them had only one piece. Jimmy and his brother Peter only had simple sandals with a rubber bottom. That was terrible because the roads were not paved and when the rains came, everything became muddy. I knew that Jimmy’s family suffered because his father was gone, but Jimmy and Peter were so poor I gasped when I saw how they were living.
Goals in Drafting Declarations
Create a compelling story by an interesting character.Historical factsEmotions and impressionsEnsure accurate and supported information. Two sources are better than one: each material fact should be corroborated by another witness or a documentRespect the voice of the witness while ensuring that the witness’s in-court testimony is reflected in the declaration
Style of the Declaration
WouldAlways/neverI [do not] remember/I recallI think/I believeSlangQuotes
Editing
Participation by team membersFact-checking
Signing Declarations
When to signFact-checking completedAfter ensured consistent with other evidence (or credible explanations for inconsistencies) and with case themesWitness availability (health and location considerations)In time to submit to relevant experts for consideration
Signing Declarations
Copies?Will witness have to testify?Who will see the declaration?Witness is reluctant?Changes?Illiterate or impaired witness?