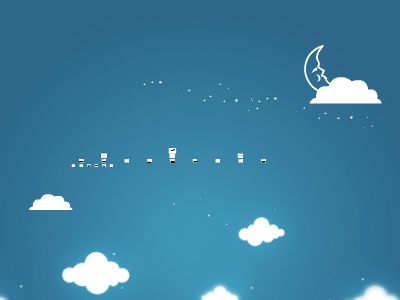 “The show that scores the argument”
Before we begin…
We’ll need to define our roles:Six contestantsTwo hostsTwo “stat boys” or “stat girls”Three judgesWill score and explain rationale for eliminationViewers at homeMay ask follow up questions or act as “lifelines”
Today’s Format
Round 1: The First WordScout as SaviorFamily RelationshipsRound 2: Buy or SellAtticus’s Parenting StyleMockingbirdand Lee: Great?Atticus’s Decision to Defend TomRound 3: Out of BoundsSetting and Date of PublicationRound 4: The Showdown
Round 1: The First Word
In this round, contestants discuss two literary headlines of the day’s reading assignment.Points are awarded or deducted for quality of argument.
Scout as Savior
Scout ironically “saves” her father from certain danger, after he spends most of the book protecting her.What is the significance of Scout saving her father? What could have happened if she didn’t intervene? Does it surprise that it is Scout – not Atticus – that is in control of the situation?The First Word 1 of 2
Relationships
Some of the relationships between family members and friends in the book seem rather run-of-the-mill, whereas others seem to be quite unusual.Do you consider the relationships in the book to be normal or abnormal? Why?The First Word 2 of 2
Round 2: Buy or Sell
In this round, contestants are asked to buy or sell (be for or against) three different concepts, also drawn from the day’s literary headlines.Points are awarded or deducted for quality of argument.
Atticus’s parenting style
Atticus’s parenting style is perceived by others in his community as rather unique.He treats his children like adults: when Scout asks him to define “rape,” he does so in a very simple, clear way; he tells Uncle Jack and Aunt Alexandra not to condescend to the children. He conceals certain elements of his identity – his skill at marksmanship, for example – which would probably make him seem more “normal” to his peers.Are you buying or selling the idea that Atticus’s parenting style is the best?Buy or Sell 1 of 3
Mockingbirdas and Lee: Great?
To Kill a Mockingbirdis the only book Harper Lee ever wrote.Some writers, most notably Stephen King, are a bit critical of her for not writing more. Others laud her as a great writer, despite a relatively small body of work.Are you buying or selling the idea that Lee’s work should be considered among the greatest in our literary canon?Buy or Sell 2 of 3
Atticus’s decision to defend Tom
At the point when Atticus decides to defend Tom, it is unclear whether Tom is innocent or guilty.Some would argue that Atticus’s decision to defend Tom is actually more noble because he doesn’t know whether Tom is innocent, and doesn’t concern himself with this.Are you buying or selling the idea that Atticus’s decision is more noble because he doesn’t care whether Tom is guilty or innocent when he takes the case?Buy or Sell 3 of 3
The First Cut
Sorry, the two contestants with the lowest score have to go home!Now, four contestants remain.
Round 3: Out of Bounds
In this round, contestants discuss one story which is indirectly literature-related.Points are awarded or deducted for quality of argument.
Setting and date of publication
The novel is set during a tumultuous time and place for our nation’s race relations (Depression-era South) and was composed during another significant time for our nation’s race relations (right before the height of the Civil Rights Movement in the 1960s).How do you think the climate of the Civil Rights Movement influences the events of the novel, which take place 30 or 40 years before?
The Second Cut
Sorry, the two contestants with the lowest scores have to go home!Now only two remain!
Showdown
The two remaining contestants get 15 seconds on each of three literature-related topics.One point will be awarded for the better argument in each of the three categories.
A Female Voice
We haven’t read too many books by female authors during our first three years at MHS. We’ve probably read even fewer books with female narrators.Do you approach this book differently, given that it is written and narrated by a female voice? Why or why not?Showdown 1 of 3
Important Symbols
The book contains many symbols, many pertaining to the motif of loss of innocence.What is the novel’s most important symbol? Why?Showdown 2 of 3
Racism
When Calpurnia brings Jem and Scout to her Church, they are not warmly received by her fellow church-goers, mainly because the kids are white and it is a predominantly black church.Are these church-goersracist?Showdown 3 of 3
Face time!
The winner of today’s competition gets 30 seconds to discuss anything he/she wants to discuss!It can be literature-related, but does not have to be.