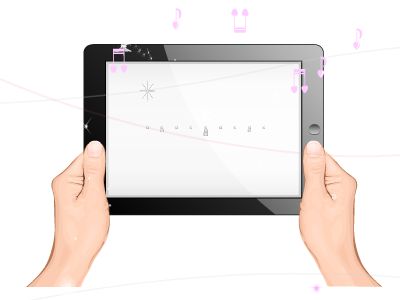 Debates
A sample organizer
Topic
Each side of the debate must agree on a topicFor example: child labourShould we allow goods made by child labor to be sold in Canada?Are the cheaper prices worth it?Who benefits?Is child labor the same as slave labor?
Resolution
Be it resolved that:Canada should stop importing goods made by using child labor.
Arguments FOR (affirmative)
The children are mistreated.They miss their chance at having a childhood and an education.Children should not be responsible to their families for the majority of the family income.
Arguments AGAINST (negative)
Without work, the child’s family income will be seriously reduced.In a poorer society, children have no choice but to work.Third world countries are not like ours; therefore, they cannot expect the same privileges that we have.
Affirmative argument 1
The children are mistreatedEvidence:When it is not slave labor, the children are paid much less and are expected to work as hard as the other workers.In some cases, children are assigned to unsafe or unhygienic situations that are dangerous.Child labor is unwanted by the children, since it takes away from their childhood.
Affirmative argument 2
They miss their chance at having a childhood and an education.Evidence:By working, children are forced out of school to go to work and miss a chance at socializing as well.This causes a lifetime of poverty and an inability to improve themselves.A lack of education means that the cycle will continue forever.
Affirmative argument 3
Children should not be responsible to their families for the majority of the family income.Evidence:The parents should be taking care of their children enough so the children do not have to work.Children should be free to do what they will until adulthood when they have to fend for themselves.Children should not be forced to take on such mature roles because they are physically and emotionally unable to do so.
Negative argument 1
Without work, the child’s family income will be seriously reduced.Evidence:The children work so that they can support their families; all members have to work because there is no choice.Without the extra income, there is no way the family will survive.Other members of the family may become ill or die because there isn’t enough food/money/resources.
Negative argument 2
In a poorer society, children have no choice but to work.Evidence:Children must work in order to feed the entire family as well as themselves. The parents don’t make enough money because of the conditions in their country.To these children, survival is more important than education. They sacrifice their education for the greater good of the family. There is no choice until the economy picks up.The work may be unwanted but it is about survival first.
Negative argument 3
Third world countries are not like ours; therefore, they cannot expect the same privileges that we have.Evidence:The child workers live in much poorercondiationsso they don’t have the same standards as we doAs a result, the children and their families must have a different focus from our children.To us, children are immature and irresponsible. To them, the children respond their situation and accept that they have to live in harsher environments than ours.
Websites that were consulted to gather points & evidence
Child Labor Coalitionhttp://www.stopchildlabor.org/Child Labor and the Global Village: Photography for Social Changehttp://www.childlaborphotoproject.org/Child Labor and Societyhttp://www.members.tripod.com/
Effective Quotation to SupportArguments Against Child Labor
“It is a tragedy that 250 million children around the world have to work rather than attend school and enjoy the sort of childhood that is their right. But we must ensure that our outrage at this situation does not do more harm than good. Many people react by boycotting or calling for bans on goods produced by using child labor ....... Such trade measures do more harm than good. Because they target the symptoms of the problem rather than the causes not buying or refusing to import goods made with childlabourwill actually make working children and their families worse off. The reason children work is their poverty and that of their families. They literally work or go hungry. Only by tackling this poverty directly can we improve their lives.“Source:http://www.bccca.org.uk/quotes.htmAuthor:Clare Short, Secretary of State for International Development
Effective Quotation to SupportArguments For Child Labor
" UNICEF study found that after the ChildLabourDeterrence Act was introduced in the US, an estimated 50,000 children were dismissed from their garment industry jobs in Bangladesh, leaving many to resort to jobs such as "stone-crushing, street hustling, and prostitution", jobs that are "more hazardous and exploitative than garment production". The study suggests that boycotts are "blunt instruments with long-term consequences, that can actually harm rather than help the children involved."Source:http://www.econjobrumors.com/topic/child-labor-should-be-allowedAuthor: Economics Job Markets Rumors
Nasty questions to use during questioning:
Perhaps ask the ‘against’ side:How can we allow these children to work in such unhygienic and hazardous areas?Aren’t we morally obligated to force the government to act on behalf of these children?Aren’t we are responsible for the horrors of the third world?Perhaps ask the ‘for’ side:How will these children survive without their jobs?How will their families survive?What are the alternatives for these children?