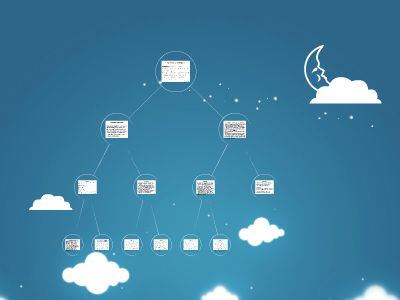 Definition of Ambiguity
Ambiguityis a word, phrase, or statement which contains more than one meaning.Ambiguous words or statements lead to vagueness and confusion, and shape the basis for instances of unintentional humor.
Ambiguity in literature
Although ambiguity is considered a flaw in writing, many writers use this technique to allow readers to understand their works in a variety of ways, giving them depth and complexity. Let us analyze some examples in literature.

1.“Iran all the way to the main gate, and then I waited asecond till I got my breath. I have no wind, if you want to know the truth. I’m quite a heavy smoker, for one thing—that is, I used to be.They made me cut it out. Another thing, I grew six and a half inches last year. That’s also how I practically gott.b. and came outherefor all thesegoddamcheckups and stuff. I’m pretty healthy though.”The words “they” and “here” used by the speaker are ambiguous. But the readers are allowed to presume from the context that “they” might be the professionals helping out Holden and “here” might be a rehabilitation center.
Example 2
“The Sick Rose”, a short lyric written by William Blake, is full of ambiguities:“O Rose thou art sick.The invisible worm,That flies in the nightIn the howling storm:Has found out thy bedOf crimson joy;And his dark secretloveDoesthy life destroy”Many of the words in the above lines show ambiguity. We cannot say for sure what “crimson bed of joy” means; neither can we be exact about the interpretation of “dark secret love”. The ambiguous nature of such phrases allows readers to explore for deeper meanings of the poem.
continued
Many of the words in the above lines show ambiguity. We cannot say for sure what “crimson bed of joy” means; neither can we be exact about the interpretation of “dark secret love”. The ambiguous nature of such phrases allows readers to explore for deeper meanings of the poem.Someof those who have analyzed this poem believe that “Has found out thy bed, Of crimson joy” refers to making love.
Example 3
Ona larger scale, ambiguity may develop in a character or in an entire story. For instance, Hamlet is a morally ambiguous character. He kills to avenge his father’s murder. He is good because he wants to protect his mother but he is bad because he is willing to kill whom he must to achieve this end.The ambiguity in Hamlet’s character is seen when he is hurt by the death of “Ophelia” which is his personal loss, but he does not appreciate the effect that his actions are going to have on others.
Example 4
Wefind ambiguity in the first line of Keats’s “Ode to a Grecian Urn”:“Thou stillunravish’dbride of quietness,”The use of word “still” is ambiguous in nature. “Still” here may mean “an unmoving object” or it may be interpreted as “yet unchanged”.
Function of Ambiguity
Ambiguityin literature serves the purpose of lending a deeper meaning to a literary work. By introducing ambiguity in their works, writers give liberty to the readers to use their imagination to explore meanings. This active participation of the readers involves them in the prose or poetry they read.
Literary Devices: AmbiguityThere's Only One Definition
Onecrucial literary device, frequently used in any variety of text, is ambiguity. Usually, when we are reading a work of literature, each word takes on one meaning, their definition, and each phrase will refer to one specific thing or idea. This makes sense; if every word or phrase could mean a number of other words or phrases, it would be difficult to know what the author was talking about. Generally, clarity in literature is important because the goal of literature is to convey a thesis or point, and an author will use language, or sets of words and phrases, which have clear meanings.
continued
However, while the majority of a piece of literature's text will have words and phrases with obvious meanings, sometimes a few words or phrases will be less obvious. One reason this may occur is due to ambiguity.Ambiguity is when one word or idea contains more than one meaning. That is to say, within the context of the specific piece of literature, a specific word or phrase may make sense if interpreted one way, but may also make sense if thought about in another manner. Both meanings of the ambiguous word or phrase are correct and are incorporated for a purpose.
continued
WhyUse Ambiguity? Ambiguity may be used in literature for a number of reasons. First of all, using ambiguity will give a word or phrase depth. Shakespeare, a notorious master of ambiguity, sometimes used the literary device to that purpose. For example, consider the playHamlet. One of the reasonsHamletis brilliant is because the play can be interpreted in a number of different ways, which is significant because one of it's themes was mistakes in communication and subjective reality.
continued
One instance can be seen when Hamlet tells Ophelia "Get thee to a nunnery"; the word "nunnery" is ambiguous because while in addition to referring to a convent, which is what the word would probably seem to mean to most people, the word could also mean a brothel. Therefore, the audience is unsure whether Hamlet wishes Ophelia should save her purity or if he is insulting her. Given the context, this ambiguity is appropriate because Hamlet uses the word "nunnery" during a scene in which it is his intention to confuse and frighten Ophelia. Like with some other instances of ambiguity, the audience may decide for themselves what they believe Hamlet really means,
continued
Another reason ambiguity is used in literature is for comedic purposes. While it is crucial to the thesis of Hamlet that the characters use ambiguity, as is seen in the above example with the word "nunnery", words can become amusing if they convey a meaning and an insult simultaneously. There's no reason for an audience member to insist Hamlet was attempting to insult Ophelia, and thus they are left wondering if he actually said something rude or not. Dropping subtle insults like this is a strong facet of humor (especially considering that Shakespeare, or anyone for that matter, may want to keep his plays tasteful).