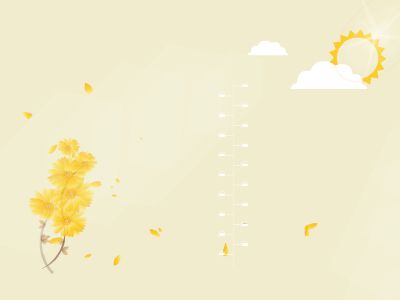 Study Guide Answers
1. Socialism:system in which society, either directly or indirectly though the government, controls all aspects of the economy
2.What is the study of rights and duties of citizens-civics3.Who are community members who owe loyalty to the government and are entitled to protection from it?citizens4.Who has ruling authority in a community?government
5.Alien:noncitizens6.Who are people who move permanently to another country to settle and become citizenimmigrants7.What is the idea that government receives its power from the people?’popular sovereignty8.What is the political principle that states a majority of members of a community have the power to make lawsmajority rule
9.What is a form of democracy where citizens meet to debate government matters and vote directlydirect democracy10.What is a form of government where citizens choose a smaller group to represent them?Representative democracy11.What is a government that is controlled by oneperson?Dictatorship12.What are the three levels of government in the US? Describethemnational-set basic rules for citizenship, highest level of government,state-each state has their own, decide on matters for people of their state, set marriage laws, school rules, hold electionlocal- closest to the American people and consists of city government, counties, and communities
13.Whatis the legal process to become a US citizen called?Naturalization process14.Where was democracy founded?Greece15.Why do governments establish armed forces? To protect the citizens and land from enemies
16.How do most Americans earn a living today?Service industry17.Who is automatically a US citizen?A child born in the US but has noncitizen parents, a child whose parents are American citizens, an immigrant who has been naturalized in the U.S. If your parents are naturalized and you are under the age of 1818.What rights to legal aliens have?Owning property, right to jobs, attend public school, receive government services, right to be protected by the law19.What are the steps to gaining American citizenship?The first step in the process is to complete an application and send it to the U.S. Citizenship and Immigration Services. The second step the USCIS official talks to the applicant to make sure that the person meets all five requirements. 3rdstep is the applicant take a citizenship exam. Lastly the applicant takes an oath in which they swear to be loyal to the US above all countries
20.Whatrestrictions do legal aliens have?They cannot vote, hold most government jobs, cannot run for office, cant not service on juries21.Whatcountries have a dictatorship?Cuba, North Korea22.Whatare thefunctions ofgovernment?Keep order (pass and enforce laws to deter crime) , provide security (establish armed forces, protect citizens from foreign attacks), provide services (protect public health, protect public safety, provide public welfare), guide the community (develop public policy, manage the economy, conduct foreign relations)
23.Whatlevel of government is closet to American citizens?Local24.Whatis the difference between a responsibility and duty?Responsibility is something you should do where a duty is something that you have to do25.Listexamples of responsibilities anddutiesDuty: jury duty, defend the nation, obey the law, go to school, pay taxes,Responsibilities: vote, be informed, participate in your community and government, respect the rights and properties of others, respect different opinions and ways of life
26.Whatrights do citizens have that non citizens do not have?They can vote, run for office27.whatdoes “service industry” mean? What are examples of service jobs?Jobs that provide services to others-examples: teaching, programming computers, health28.Whattype of government is ruled by religious leaders?Theocracy
29.Agovernment system where government controls almost all aspects of people’s lives iscalled:totalitarian30.Agovernment system where one leader or group of people holds absolute poweroligarchy31.Agovernment system where citizens choose a smaller group to govern on theirbehalfrepresentative democracy32.Amonarchy where the power or ruler is limited by the country’s constitution and lawsconstitutional monarchy
33.Who is the governor of Alabama?Kay Ivey34.How many judges serve on the Alabama Supreme Court? How Long is their term?9 justices and they serve a 6 year term35.Who elects the governor of Alabama?The people of Alabama
36.What are the three levels of government in the United States?The local government (closest to the people) the state government, and the national/federal government (highest authority)37.Who is the state senator for your district? Who is the state representative from your district?Senator: Clyde Chambliss Representative:WillDismucks38.How is the state of Alabama funded?Property taxes, income taxes, sale taxes, federal funding
39. What are the seven principles of American Democracy-rule of law, limited government, consent of the governed, individual rights, representative government, free, fair, competitive elections, majority rule
ADDITIONAL INFORMATION YOU NEED TO ADD TO YOUR STUDY GUIDE AND STUDY
43. Respecting and accepting others regardless of their beliefs, practices or differences is called: Tolerance44. The type of government where people rule45. What is the first step of the naturalization process?-filing and applying for citizenship46. What are the three branches of government in the state of Alabama and what is their main role?Legislative: to make the lawsExecutive: to enforce the lawsJudicial: to interpret the laws
47. What are the qualifications of the naturalization process?You must be 18 years or olderMust be able to read, write, and speak EnglishMust be of good moral characterMust be a lawful permanent resident for 5 years
48. Can you lose citizenship once you receive it?Yes49. Can states grant and take away citizenship?No50. What taxes help fund Alabama?Property taxes, sales taxes, income taxes51. What does it mean to say the United States has a service economy? How else has the American labor force changed in the past few decades?A majority of people in the United States work jobs that provide services. More women have entered the work force, more people are working from home, the number of factory jobs is decreasing.
52. What is a form of government that is ruled by religious leaders called?Theocracy