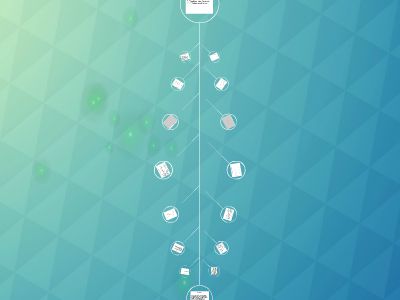 Ball State University Projects to Strengthen Higher Education in Afghanistan and Pakistan
Dr. Kenneth HollandDirector, Center for International DevelopmentBall State UniversityJanuary8, 2013Hawaii International Conference on Education
Ball State University
Founded in 1918.Located in Muncie, Indiana.Student body of 22,000.Seven academic colleges and 47 academic departments offering bachelor’s, master’s and doctoral degrees in more than 200 subjects.Center for International Development established in 2010.
Origin of Funding
In spring 2009, newly elected President Barack Obama announced a “civilian surge” to strengthen the government of Afghanistan.President Obama stated that the instability in Afghanistan cannot be separated from instability in Pakistan.In the subsequent appropriation, the U.S. Congress provided funds to the State Department to support partnerships between U.S. and Afghan and Pakistani universities.
Purpose of Academic Partnerships
Congressional funding was provided to the State Department under the Fulbright-Hays Act, whose purpose is to foster “mutual understanding between the people of the United States and those of other countries.”This initiative, therefore, falls under the Public Diplomacy efforts of the State Department. not the United States Agency for International Development, which has a separate higher education assistance program.
Afghanistan and Pakistani Partnership Grants
The State Department awarded grants to U.S. universities to link up with Afghan institutions beginning in 2010.The State Department awarded grants to U.S. universities to link up with Pakistani institutions beginning in 2012.
Afghan Partnerships, Awarded 2010-2012
Pakistani Partnerships, Awarded 2012
Areas of Collaboration
Faculty exchangeBall State faculty go to Afghanistan, Pakistan and third countries, such as Malaysia, to conduct workshopsAfghan and Pakistani faculty come to Ball State for workshopsStudent exchangeAfghan and Pakistani graduate students come to the U.S. and MalaysiaNo Ball State students have gone to Afghanistan or Pakistan
Areas of Collaboration
Joint researchImprovement in libraryservicesCurriculum developmentTeaching by Digital Video Conferencing (DVC)Updating teaching methods (from lecture method to student-centered approach)Improvements in academic administration
Levels of Funding and Project Duration
The initial grant is typically for $1 millionProject duration is typically three yearsThe U.S. embassies in Kabul and Islamabad, however, can add funds and extend the project durationSome projects have grown to $1.4 million and received a one-year extension
Sustainability
In Afghanistan, the U.S. embassy requires that the projects be Afghan-led, support transition of lead responsibility for security from the U.S. to Afghanistan by the end of 2014 and be sustainableSustainability is also a goal of Public Diplomacy grants in Pakistan
USAID Funding
Funding is also available from USAID to support the development of higher education in Afghanistan and PakistanBall State does not yet have USAID funding but is exploring opportunities in both countriesUSAID projects tend to be much larger than State Department ones
World Bank and Asian Development Bank Funding
Two International Financial Institutions, the World Bank and the Asian Development Bank, also support the strengthening of higher education in Afghanistan and Pakistan, including Technical and Vocational Education and Training (TVET)Ball State has submitted two proposals for World Bank funding in Afghanistan, totaling $6.4 million
Challenges
More than 80% of university teachers in Afghanistan only have a bachelor’s degree.Salaries are very low at Afghan universities.Universities in both countries areunder-resourced.Internet is unavailable or slow in Afghanistan.Because of security concerns, movement in the two countries can be difficult and expensive.Afghanistan presents a language barrier.
Future of State Department Opportunities to Partner with Universities in Developing Countries
The Public Affairs Section of U.S. embassies in several post-conflict countries and emerging democracies, including Burma, Libya, Tunisia, Iraq, Bangladesh, Afghanistan, and Pakistan are interested in supporting people-to-people diplomacy, including partnerships with U.S. universities.These linkages are a proven vehicle for promoting mutual understanding between the American people and the peoples in these nations critical to the world’s stability.In 2013, there will be a new emphasis on public diplomacy in sub-Saharan Africa, in order to forestall the spread of al Qaeda and other Islamic extremist influences.
Conclusion
Ball State University is one of the nation’s leading universities in the development of the higher education sector in post-conflict countries and emerging democracies.Ball State’s Center for International Development is expected to grow substantially in the near future to meet these challenges, so important to the national interest of theUnited States.