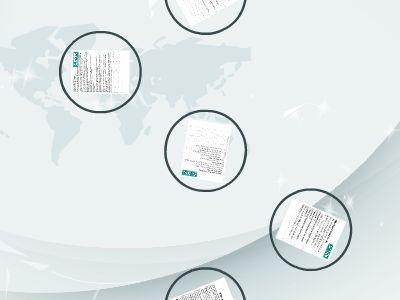 Crime Scene Report – SummaryVictim information:NameDr Mary JonesOccupationWildlife Crime ScientistHome address27, Westchester Road, Hicktown, Leicestershire, LE12 8JP.Description of crime scene:Crime scene addressWildlife Forensic Laboratory,Medical Sciences Building,University of Leicester, LE1 9HN.Position of victimOn laboratory floor, in a pool of blood, with an obvious head wound.Possible murder weapon(s)Broken glass 1L bottle of ‘DNA Extraction Buffer’ found on floor near victim covered in blood.Initial coroner’s findingsTime of deathEstimated from liver temperature measurements to be between 8.00 and 10.00 pm on 11/09/06.Cause of deathBlunt force trauma to the head.
Background informationLast known movements of the victim:Dr Jones was working late in the laboratory on theevening of 11/09/06.She was last seen by her laboratory technician, Jim Johnson, who left the building at 6.30 pm, confirmed by the building’s CCTV cameras. A reliable alibi has also been provided for the estimated time of the victim’s deathWhen and where was the victim found?The body was found at 7.15 am in the laboratory on 12/09/06 by Jade Flowers, the cleaner. She has been excluded from investigations as she has a confirmed alibi for the estimated time of the victim’s death.Additional informationAn unidentified individual wearing a pulled-up ‘hoodie’ was seen, by CCTV, entering the building at 7.55 pm on 11/09/06.Recent interactions:Personal life:Dr Jones was seen arguing with fellow scientist and gorgeous blond ex-boyfriend James Smith on the morning of 11/09/06.It is believed by Dr Jones’ work colleagues that Dr Andrew McCloud was a persistent but unsuccessful admirer.Work:Current case – the analysis of parrot DNA to assess whether birds on sale in a local pet shop, The Bird Cage, were supplied by a local breeder or illegally imported into the UK.Old case(s) – threatening phone calls were received on 04/09/06 from a Kevin Black. Mr Black was convicted of the theft of a number of rare bird eggs in May 2005 after expert evidence provided by Dr Jones.
Samples taken for DNA profilingFrom the crime sceneBlood from the base of broken bottle.Blood from the broken edge of bottle.Blond hairs found on the body (some with hair tags).From the victim4. Post-mortem blood sample.From potential suspects5. Ex-boyfriend – James Smith.6. Persistent admirer – Andrew McCloud.7. Pet shop owner – Ashley Seller.8. Parrot breeder – Michael Wing.9. Ex-convict – Kevin ‘the basher’ Black.
What you need to doWe would like you to help our Crime Scene Investigation (CSI) team to answer the following questions …1. Which forensic DNA sample matches the:Blood on the base of the broken bottle (Sample 1)?Blood on the broken edge of the bottle (Sample 2)?Blond hairs found on the victim’s body (Sample 3)?Who killed Dr Mary Jones? And how did you come to this conclusion?
The answers
Which forensic DNA sample matches the:Blood on the base of the broken bottle (Sample 1) =Dr Mary Jones, the victim. This tells us that the bottle was the murder weapon.Blood on the broken edge of the bottle (Sample 2)? =Mr Michael Wing, the murderer.Blond hairs found on the victim’s body (Sample 3)? =Mr James Smith,the ex-boyfriend. They had just got back together! His hair was on Dr Jones’ clothes from passive transfer after they had been hugging.Who killed Dr Mary Jones? And how did you come to this conclusion?Mr Michael Wing is the murderer.He cut himself with the broken edge of the bottle of DNA Extraction Buffer when it broke as he hit Dr Jones over the head. This transferred his blood (and hence DNA) to the murder weapon. He also had a nasty cut on his right hand when questioned by the police, which he blamed on one of his parrots!After questioning, by the Police, Mr Wing admitted the murder. He was involved with the illegal importation of Indonesian parrots into the UK. This enterprise was earning him an estimated £200,000 per year. No wonder he wanted Dr Jones out of the picture before she could finish her analysis.NoteDid you spot that Ashley Seller was female?