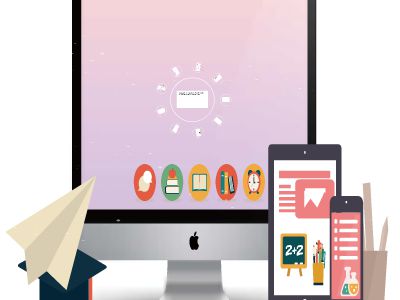 SUMMARY OF CHALLENGES IN FREE STATE, NORTH-WEST AND NORTHERN CAPE
2
3
NW KeyService Delivery Challenges
At Municipal LevelNeglect of maintenance and asset management resulting in thecollapse of vital infrastructurefrequent and lengthy disruptions in supply particularly for water and electricity servicesSkills gaps in key technical areasNon-compliance with SCM legislation and rulesNon-compliance with DORA conditions and MIG FrameworkGrants diverted to other spending areas other than infrastructureWSAs and municipalities responsible for electricity distribution performing poorly
At Provincial LevelWeak monitoring, regulation and compliance enforcement – often only track expenditure by municipalities and not impactSupport to municipalities is ad-hoc and often not effectiveGrant administration and management not optimalSectors views this asCogtaprogrammeDuplication of efforts and operating in silosExisting structures not sufficiently effective – District Appraisal Committees, PMUs and the PMOInability to fully support the MIG programme due to resource constraints
NW KeyService Delivery Challenges
At Municipal LevelWeak institutional arrangements between Water Service Authorities and Water Service ProvidersWater contamination and spillages due to lack of Operations and MaintenanceHigh levels of infrastructure vandalism
6
FREE STATE PROVINCE: GENERIC CHALLENGES OF MUNICIPALITIES
7
As part of the B2B Phase 2 approach four (4) municipalities have been prioritised in Free State Province and were engaged during the Ministers’ visit held on 20 October 2017, namely:Mafube LMMasilonyana LMMaluti-A-PhofungLMMatjhabengLMMafube and Masilonyana local municipalities were placed under section 139 (1)(b) of the Constitution. Financial Recovery Plans have been developed for both municipalities.Generic challenges in the above-mentioned municipalities relates to vacancies of senior management positions, poor revenue collection, aging water, electricity and sewer infrastructure, high debt to ESKOM and Water Boards, utilisation of MIG for operational expenditure, bloated organograms.
FREE STATE PROVINCE: GENERIC CHALLENGES OF MUNICIPALITIES
8
GenericFree State municipal challenges:Lack of reporting on the filling of section 57 and 56 appointments by municipalities and theprovince. Out of a total of 129 senior management positions in municipalities, 50 vacancies (39%) were reported to PCC;“Vulnerable” municipalities do not submit monthly B2B reports;FS Provincial Department procured a complaints / compliments management system for municipalities which has reflected that most complaints relates to firstly electricity, secondly water and lastly to sewerage challenges experienced;Department of Energy has indicated that challenges are experiencedin some FSmunicipalities to effectively implement the INEP mainly due to the lack of technical skills and capacity in the electrical services departments;In Free State, 10 municipalities reported vacancy rates higher than 20% to theStatsSAnon-financial census;Service delivery challenges relates to aging water and electricity infrastructure such as Waste Water Treatment Plants;
FREE STATE PROVINCE: GENERIC CHALLENGES OF MUNICIPALITIES
9
The emerging aspects and trends from the B2B Bi-annual report: October 2014 – June 2016 specifically in relation to the performance of Free State municipalitiesThelowest average Municipal Council meetingsin 2015/16 were held in the Free State. In FS 8 (34,8%) reporting municipalities on average held 1 or more council meeting per month during 2014/15. In 2015/16, 7 (31,8%) of municipalities on average held 1 or more council meeting per month.Free State municipalities’ average rates ofrevenue collectionfor the two years were between 60-70% which is the lowest of all provinces.In FS, 14 reporting municipalities indicated that they had a complaints management system in place in 2014/15 and 13 municipalities during 2015/16.According to the 2016 Community Survey Household level statistics Free State municipalities are performing well in terms of access to piped water and electricity with most municipalities having household access of 80% or higher. Challenges are however experienced with regard to household access to sanitation in some municipalities e.g.Tokologo,Maluti-A-Phofung, Phumelela,Setsoto, Metsimaholo
FREE STATE PROVINE: GENERIC CHALLENGES OF MUNICIPALITIES
10
InFS 5 municipalities improved, 8 stayed the same and 11 municipalities got worse in terms of eight National Treasury indicators and the annual State of Local Government Reportas at June 2016 focusingon the degree to which municipalities are performing their functions with respect to financial management.FS municipalities are increasingly becoming grant dependant however certain basic functions to ensue revenue collection are not being performed e.g. meter reading, functional billing systems, updating of indigent registers.