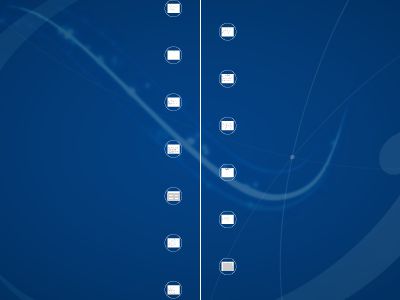 Organisational Structures
Formal Organisation – the deliberately planned structure of roles within an organisation.Informal Organisation – a network of personal and social relationships that arises as people associate with each other.
Organisational Chart
Is a pictorial representation of the formal organisational structure. It depicts the relationships between personnel (or more correctly between positions) within the formal organisation.
Types of Authority
Line authority – direct authority as it involves the right to give orders and have decisions implemented.Staff authority – advisory or supportive (staff authority in military)Functional authority – A right to be able to give orders in a department other than your own.
Chain of delegation
Span of Control
This is the number of people directly accountable to and reporting to a manager.Anarrowspan has certain advantages:Close supervision of subordinatesTight controlFast communication between superiors and subordinates
Disadvantages of narrow span of control
Superiors too closely involves in subordinates work.Many levels of managers (becomes a tall organisation)High costsExcessive distance between the bottom and top of an organisation
Wide span of control
A wide span of control forces managers to delegate more work to carefully selected employees. Employees are given more discretion over tasks and are less closely supervised. However, this requires high quality managers if problems are to be avoided through overload and loss of control.
FlatvisTall Structures
The width of the span of control has consequences for the height of the organisation. If the span of control is narrow there will be a large number of hierarchical levels.In recent years there has been a shedding of management layers to create flatter organisations. The argument is the flatter structure will be fitter, leaner and more flexible and therefore better able to cope with a changing environment.
Examples of flat and tall structures.
Tall and Flat Structures
Centralised Organisations
A centralised organisation is one in which most decisions are taken at the centre or at the upper levels of the organisation.This leaves little discretion or autonomy for the periphery or lower levels.
Decentralised Organisation
A decentralised organisation is one in which there is considerable delegation and autonomy is at the periphery or at the lower levels. It is important to realise that centralisation is not always related to geographical locations, it is linked to the decision making within the firm.
CentralisationvisDecentralisation
Consequences of a poor organisational structure
Low motivation and moraleIneffective decision makingLack of coordination and controlPoor communicationDivisiveness and lack of cooperationPoor adherence to organisational objectivesAn inability to respond to changing conditionsDuplication of activitiesFailure to provide opportunities for the development of future managers.
Key concepts
Accountability– responsibility for results and an obligation to report.Authority– the right to make decisions. The legitimate exercise of power.Centralisation– Decision making concentrated at the centre.Decentralisation– Dispersal of decision making to lower and or peripheral levels within the organisation.Delegate– To assign responsibilities and authority to a subordinate.Line relationships– Relationship between a superior and a subordinate in a scalar chain.Organisational chart– a chart which records the formal relationships within an organisation.Responsibility– The obligation or duty to carry out a task.Span of control– The number of subordinates directly controlled by a particular superior.Staff relations– Relations between a superior, staff and specialist advisor acting in a supportive role.