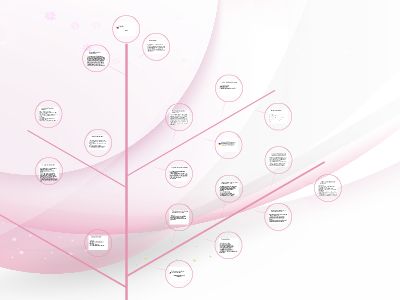 Rulemaking
Part III
2
Procedural Rules
Procedural rules are exempt from notice and commentThe form of an application for benefits is proceduralThe facts that the claimant has to establish to get the benefits are substantiveA procedural rule can become substantive if the change in procedure has a substantial impact on the regulated parties.
Substantial ImpactTest for Procedural Rules
The Department of Health and Human Services changed the method by which home health providers could obtain reimbursement for expenses under the Medicare Program. In particular it required that they submit their requests in a new format and to regional intermediaries, rather than to HHS directly.How did plaintiffs argue that this was a legislative rule, rather than a procedural rule?
3
Inspectionor Prosecution Guidelines
OSHA adopts a plan for deciding which employersto inspect.A selected employer contests the rule, saying that OSHA inspections are expensive and time consuming, thus this has a substantial impact.Is this a successful argument?Why, or why not?
4
‘‘Encoding a Substantive Value Judgment’’ Test.
The D.C. Circuit uses what it described as asking whether an agency’s rule ‘‘encodes a substantive value judgment or puts a stamp of approval or disapproval on a given type of behavior.’’Isthis really a different standard than substantial effect?Doesthis look like the standard for guidelines, such as in theHoctorcase?Limited to the DC Cir. and does not seem to make much difference.
5
Notice and Public Procedures Are Impracticable, Unnecessary, or Contrary to the Public Interest
6
7
Actions where Secrecy is Important
Wage and price controlsBidding on contractsNegotiations on land purchases and sales
8
Emergency Proceedings
Emergency Ruleshttp://doa.louisiana.gov/osr/emr/emr.htmMisused in LAInterim Final RulesPublished and in effect, but will be modified after comments are in.Calculations and other non-discretionary rulesTechnical correctionsCan require notice and comment if the correction causes a different result
What is Formal Rulemaking?
A rulemaking conducted as a trial type hearingThe agency support for the rule must be presented at the hearingInterested parties may present and cross-examine evidenceHistory - grew out of rate makingRate making affects a small number of partiesThe courts thought they should get due process
9
10
Why avoid formal rulemaking?
The peanut hearings (FDA must do formal rulemaking in some situations)Should peanut butter have 87 or 90% peanuts?10 years and 7,736 pages of transcriptWhat was the concern in Shell Oil v. FPC?Formal rulemaking was impossibly time consuming to use for regulating something changeable such as natural gas rates.Why does just getting the right to be heard at a formal hearing benefit parties that oppose a rule?
11
When is Formal Rulemaking Required?
Disfavored by the modern courtsMust have magic statutory language or be required by the agency's on rulesOnly when rules are required by statute to be "made on the record after opportunity for an agency hearing"Lawyering tipWhen would you want to argue that formal rulemaking is required?What do you have to do to support you request?
The Procedures of Notice-and-Comment Rulemaking
Continued from the first and second classes
12
13
TheLogical Outgrowth Test:Chocolate ManufacturersAss’nv. Block
What is WIC?What evil substance in what food did the proposed rules propose to regulate?How was the final rule different from the proposed rule?
14
The Notice Problem
What was the CMA's claim?What was the agency defense?Does the rule have to be the same?Why have notice and comment then?What is the logical outgrowth test?How would you use it in this case?What did the court order in this case?What will the CMA do if a new proposed rule includes them?
15
Limits on Logical Outgrowth -Arizona Public Service Co. v. E.P.A.
What did the EPA propose that Indian Tribes be allowed to do that states were doing?State plans are subject to judicial reviewWhy did the tribes object to this in comments?How was the rule changed?What was the claim by plaintiffs?How did the court analyze the problem?Why shouldn't have been a surprise?
Procedures for Rules that do not need Notice and Comment
http://biotech.law.lsu.edu/Courses/study_aids/adlaw/552_update.HTMWhat if the agency does not publish the document in the FR, but puts it on the Internet?Except to the extent that a person has actual and timely notice of the termsthereof...
16
17
What about Technical Information Underlying the Rule? (not in book)
Portland Cement v. Ruckelshaus, 486 F2d 375 (1973)The agency must disclose the factual basis for the proposed rule, if it relied on scientific studies or other collections of informationConnecticut Light and Power v. NRC, 673 F2d 525 (1982)?The agency cannot hide technical information.Why is this a big deal in environmental regs?What are the potential downsides of this policy?
18
Additions to the Published Record (not in book)
Rybachek v EPAEPA added 6000 pages of supporting info when responding to commentsCourt said the agency may supplement the rulemaking record in response to comments asking for explanationIdaho FarmAgency added a report to the record, then relied on it in the final rule.The agency may not add new material and then rely on it without given an opportunity to comment on it.
19
Negotiated Rulemaking
What is this?Why is often used in environmental rulemaking?What are the advantages?What are the public participation issues?