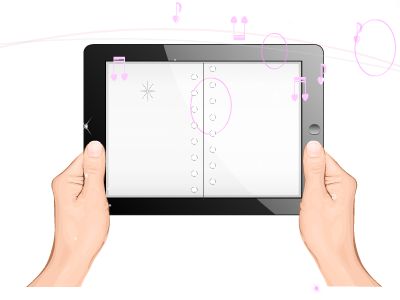 Chapter 14
Margin Review Questions
What enabled Europeans to carve out huge empires an ocean away from their homelands?
Europeans were much closer to the Americas than were their potential Asian competitors.Groups within European society—including competing monarchs, merchants, impoverished nobles and commoners, Christian missionaries, and persecuted minorities—all had strong, if different, motivations for participating in empire building.
European seafaring technology, built on Chinese and Islamic precedents, allowed Europeans to cross the Atlantic with growing ease.Europeanironworking technology, gunpowder weapons, and horses initially had no parallel in the Americas.
Divisions within and between local societies provided allies for European invaders.Europeangerms and diseases to which Native Americans had no immunities decimated society after society, sometimes in advance of the Europeans’ actual arrival.
What large-scale transformations did European empires generate?
European empire building caused the demographic collapse of Native American societies.Combinationsof indigenous, European, and African peoples created entirely new societies in the Americas.Columbian Exchange-Thiswas the largest and most consequential exchange of plants and animals to this point in human history, and it remade the biological environment of the planet.
The “Columbian exchange” produced an interacting Atlantic world connecting four continents.The need for plantation workers and the sugar and cotton trade created a lasting link among Africa, Europe, and the Americas, while scattering peoples of African origins throughout the Western Hemisphere.
New information flooded into Europe, shaking up conventional understandings of the world and contributing to a revolutionary new way of thinking known as the Scientific Revolution.Profitsfrom the colonial trade provided one of the foundations on which Europe’s Industrial Revolution was built.
Colonial empires provided outlets for the rapidly growing population of European societies and represented an enormous extension of European civilization.Colonialempires of the Americas facilitated a changing global balance of power, which now thrust the previously marginal Western Europeans into an increasingly central and commanding role on the world stage.
How did the plantation societies of Brazil and the Caribbean differ from those of southern colonies in British North America?
NorthAmerica - therewas less racial mixing and less willingness to recognize the offspring of such unions and accord them a place in society.Slavery in North America was different, being perhaps less harsh there than in the sugar colonies.
Moreslaves were voluntarily set free by their owners in Brazil than was ever the case in North America, and free blacks and mulattoes in Brazil had far greater opportunities than did their counterparts in North America.In North America, any African ancestry, no matter how small or distant, made a person “black”; in Brazil, an individual of African and non-African ancestry was considered, not black, but some other mixed-race category.
Colorwas only one criterion of class status in Brazil, and the perception of color changed with the educational or economic standing of individuals.
What distinguished the British settler colonies of North America from their counterparts in Latin America?
British settlers in North America were much more numerous than Spanish or Portuguese settlers in Latin America, making up some 90 percent or more of the population of the New England and middle Atlantic colonies by the time of the American Revolution.British colonies were almost pure settler colonies, without the racial mixing that was so prominent in Spanish and Portuguese territories.
Protestant England was far less interested in spreading Christianity among the remaining native peoples than were the large and well-funded missionary societies of Catholic Spain.Churchand state were not so closely connected in the British colonies as they were in Latin America.
British colonies developed greater mass literacy and traditions of local self-government and vigorously contested the prerogatives of royal governors sent to administer their affairs.Britainhad nothing resembling the elaborate bureaucracy that governed Spanish colonies.
What motivated Russian empirebuilding?
Russian expansion into the grasslands south and east of the Russian heartland was driven by the problem of security.Thepastoral peoples of this region frequently raided Russian territory, selling many captives into slavery.Expansioninto Siberia was driven by demand on the world market for the pelts of fur-bearing animals, although later some agricultural settlement took place.
What were the major features of Chinese empire building in the early modern era?
Chinese empire building vastly enlarged the territorial size of China and brought a number of non-Chinese people into the kingdom.Itwas driven largely by security concerns.Conqueredregions in central Eurasia were administered separately from the rest of China.Theempire made active use of local notables.