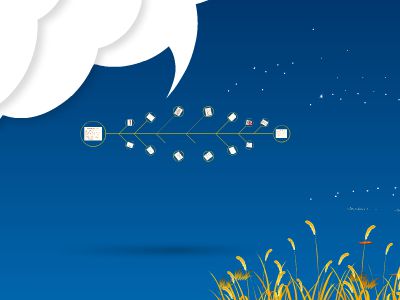 Introduction toConfessions
Written shortly after Augustine was named bishop of Hippo (395-400)Written at the request of his friend Paulinus of Nola; 11 years after his baptismIt is Augustine the bishop reflecting in middle age on events in his youth;It is not telling the story of his youth; it is a reflectionThe 13 Books are Augustine's divisionsConfessions(as most books in antiquity)was serializedEach of 13 Books was an installmentBecame an instant best seller
Confessionsas Prayer
Confessio: both ‘accusation of oneself and praise for God’Sermon 67.2It is first and foremost a prayer, not an autobiography;The work is addressed to GodThere should be an AMEN at end of Book XIII
Reflection: “My soul was depraved.”
Augustine’s work is a spiritual biography, the story of a young man’s long and troubled journey to his final conversion to Christianity.It is also an account of a life pervaded by a sense of sin (moral evil).This is the unique contribution of Christianity to the Western Mind.
Concentration: The Spiritual Life of Regret and Shame
The concentration on the spiritual life, rather than the life of activity or the intellect.The first account of childhood in Western literature.Man is basically sinful—even “…a child, who has lived one day on earth.”Only God’s Providence can offer humans hope for salvation.
Genre: Confessional
Confesses directly to God.No Greek or Roman would confess to a god.Introduces the notion that a god would be interested in an individual’s confession of wrongdoings.An alien concept to ancient Greek or Roman mentality.
Augustine’s Contribution
One of the men responsible for consolidation of the fragmented Church.First autobiography in Western literature.Proclaims the value of the individual soul and the importance of its relation to God.He stands as the transitional figure between the ancient and medieval world view.
Augustine’s Theodicy:
We are children, wandering in ignorance.We are capable of redemption if we patiently wait for Providence.Hope and faith must coexist with guilt and fear.
The Problem: The Body
Sexuality, the problem, is the source of moral evil, and thus, forces the religious quest.Evil is the result ofman’smisuse of free will—”turning” away from God.We are enslaved to the passions of the lowest order.We are incapable of self-transformation, due to the power of willfulness, vanity, and pride.
The Solution: Love of God
Love of God, the solution, can thrive only if love of self and love of the flesh are conquered.If we can escape this world, from self to God, from flesh to spirit, we achieve the deepest purpose and direction of human life.An authoritative Church structure is needed to give us guidance.
Augustine’s Sexuality
Sex was always a problem for Augustine throughout his life.He developed early and was sexually active by the age of 16. His father thought this was great. His mother was worried. (Spent a year at home and was a “wild boy!”)He said his initial impulse was to “Love and be loved in return” and then the impulse degenerated by the “mist” of lust.He bragged about and exaggerated his sexual exploits with his teen-aged friends.
Augustine looks back at this time in his life as a time of misery when he was so promiscuous.He could not understand then why he was miserable. Later in life he understood that God was gently correcting him through his conscience and that he was spending his inner energies fighting Him off.Augustine laments that his parents didn’t stop his behaviors.His family could have found him a wife then but they didn’t want it to stand in the way of his education and future possibility of marrying a more noble woman .
Augustine always “suspect” of sex.Believes that somehow was tied in to the problem of original sin.Took Paul’s mandate to not “touch a woman” because the unmarried think of the things of the Lord and are not worried about pleasing their families first.Many believe the long standing “fear of sexuality” in the Church began with Augustine. This has begun to be healed through JPII’s “Theology of the Body.”
The Pears
Augustine and his friend steal pears from fruit trees in an orchard simply for the “thrill of it.” Loved the theft, not pears.Here he reflects that sin is power over God by breaking God’s laws. This is a perfect example. It was a sin that made no sense.Note Augustine’s final conversion also takes place under a fruit tree.Where does the theme of sin and a fruit tree originate?
For Augustine, sin involves…
Pride – a desire to exalt ourselves over God who is exalted over all.Curiosity – a desire for knowledge, whereas it is God that knows all.Covetousness – a desire to possess many thing, whereas God possesses all. We grieve over things lost, the delight of our desires, because we want nothing taken from us. Whereas nothing is taken from God.
Confession…
“Yes, I confess that all has been forgiven me, both what evils I committed by my own willfulness and what by Your guidance I committed not.”We can’t ascribe our purity and innocence to our own strength.