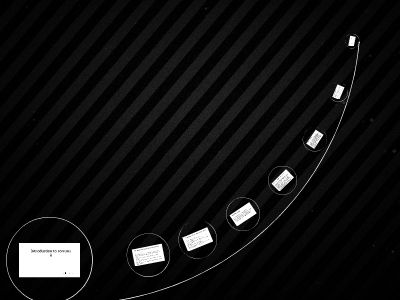 Introduction to romansii
The context for the letter to the Romans
Written in c 60ADSent from Corinth – Paul is travelling to Jerusalem with almsPaul has never been to Rome, but knows some of the church leadersPaul wants to visit the church in Rome, on his way to Iberia (Spain)Paul is not setting out to correct an error in the church, as other letters doThe letter sets out Paul’s Gospel message to the world – whether Jew or Gentile
The Structure of the letter to the Romans
Longest letter in the New TestamentLongest letter we know of from the ancient worldThere are many analyses of its structure, its content and its messageIt has impacted the Church through 2000 years – Augustus, Luther,Tynsdale, Wesley and others – some have claimed it has sparked every revival!“Christianity 101” for Jews and Gentiles alikeRomans is a declaration that there is a new King!We are embracing a new King, not new religion – but an old messageThe new King should challenge ALL our other allegiances
The New King!
saves! Romans 1-8 (assurances)has a Plan! Romans 9-11 (how He saves)is Lord! Romans 12-15:13 (therefore …)is advancing! 15:14-16:27 (your role)
Declaring a new King is dangerous
Roman emperors declared themselves to be godsWhen there was a new emperor, messengers proclaimed the news across the empire – this was a gospel, good news! Not a religious ideaBy appropriating the word, Paul is declaring a new supreme ruler, heralding another King – another, higher allegianceJesus is Lord – not Caesar; a message Rome could not tolerateIt was treasonable not to worship CaesarHuman leaders all disappoint – fail to live up to their “good news”God does not disappoint; He is faithful, and has delivered!
The Message of Romans
I am not ashamed of thegospel, because it is thepower of Godfor thesalvationofeveryone who believes, first for theJew, then for theGentile. For in the gospel arighteousness from Godis revealed, a righteousness that isby faithfrom first to last, just asit is written: “The righteous will live by faith.”
Romans is Good News!
Every ruler promises good – God’s promises are better!Every ruler has a Plan for their land – God’s Plan is for Creation!Every religion, philosophy, every worldview offers solutions – God’s solution is complete, all-embracing, based on His power to deliver!Romans 1:1-17 sets all that out – the rest of Romans is Paul setting out the PROOF!We need to be saved – we can’t save ourselves – God saves those who trust Him – He gives us power to live lives in righteousness
The Beatitude for Preachers
Blessed is the preacher who know what to leave out!Romans is a massive bookRomans has a massive messageWe are going to have funOur understanding will grow!