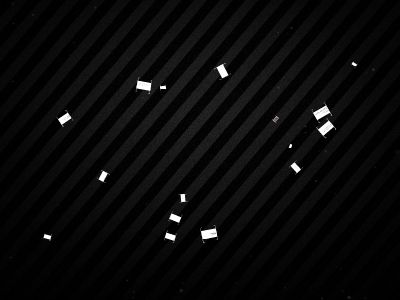 IS MERCANTILISM DOOMED TO FAIL_ China, Germany, and …

Joseph E.StiglitzINETBerlin,April 13, 2012
IS MERCANTILISM DOOMED TO FAIL?China, Germany, and Japanand the Exhaustion of Debtor Countries
Sum of global exports equals sum of global importsImplying that a country that increasesnetexports can only do so if some other country increasesnetimportsIn a global general equilibrium, if some country pursues policies that persistently lead to net exports, then there must be some other country (countries) that have net imports
Basic Trade Identity
It may be difficult to finance (cumulatively high levels of foreign indebtedness relative to GDP)Especially if trade deficit arises from imported consumption goodsHigh levels of net imports weaken aggregate demandTo sustain full employment, governments may have to run a fiscal deficitBut that leads over time to high levels of national debtsTrade deficits can thus cause fiscal deficits (confirmed using Granger causality for at least one of G-7 countries)Converse of standard “story” of fiscal deficits causing trade deficits
Countries with persistent trade deficits have two problems
Trade deficits are like hot potatoesCountries have learned the lesson—risks of persistent trade deficitsBut if one country takes action to limit its trade deficit, if surplus countries persist in their surpluses, some other country must face an increased trade deficit
Consequence
US has become, to a large extent, “deficit of last resort”As other countries take actions to reduce trade deficit, if surplus countries maintain policies to sustain surplus, then the US deficit essentially equals the sum of the surplusesBut this situation is not sustainable
Deficit of last resort
Adjust exchange rateBut responses may be slowAnd other countries may take countervailing actionsNot a real possibility for members of euro zoneThey’ve joined the US as part of the deficit of last resortInternal devaluation not effective substituteEspecially in the presence of euro-denominated debtsIf it were, gold standard would not have posed a problem for adjustment in the Great DepressionMore generally, exchange rates determined by capital flows as much as by trade, and in a world of unfettered capital flows, managing exchange rates may be difficultThough preventing appreciation (an overvalued exchange rate) is easier than preventing depreciation (an undervalued exchange rate)
What can (trade) deficit countries do?
Reduce incomeLowering importsAnd, with supply side responses, increasing exportsHuge social and economic cost
Buffett proposalNeed “chit” to importEarned by exportingChits marketedEnsures no trade deficitEquivalent to having a multiple exchange rate (capital and trade account)But this “forces” either some other country to have an increased deficit, or surplus countries to eliminate surplus
Non-market adjustment mechanisms
Policies of one country have effects on othersSurplus countries lower global aggregate demandAnd impose costs on all other countriesAnd on systemic stability of the systemWhich is why Keynes argued for a tax on surplus countries
Macroeconomic externalities
Building up precautionary balances (reserves)Especially relevant for commodity exporters, highly volatile pricesUnderstandable in the aftermath of the East Asian crisis, where those without adequate reserves paid such a high priceReinforced by the experiences of the 2008 crisis, where those who had larger reserves did betterLearning by doing (learning by exporting), key rationale for success of export led growthDemographicsNot good explanation of current patternsWhatever the validity of justification, in pursuing their own interests, surplus countries impose costs on others
Are there justifications forrunning a surplus?
Dollar based reserve system means the US is exporting “T bills” rather than “automobiles”But exporting T bills doesn’t create jobSystem reinforces the role of the US as consumer and deficit of last resortAccumulation of debts (IOU’s) by others can lead to a variant of theTriffinProblem—confidence in the reserve currency erodesMove to a dollar-euro or dollar-euro-yen reserve system would “share” burden but not address underlying problems (and possibly create an even more unstable system)
Reinforcing a dysfunctional system
Is there anything that can be done to prevent surplus countries from running a surplus?Yes—ifdeficit countries refuse to run a deficitAndespecially, if deficit countries (US) refuses to be passiveWhat happens if surplus countries try to maintain surpluses, but other countries take actions to prevent a deficit?Andif, within the EU, the deficit countries insist that the surplus countries take actions to eliminate surplusMore important (and more efficient) than deficit countries responding
Ending an unstable system
A global reserve systemWith provisions to discourage excessive surplusesHelping countries—and the global economy—manage macroeconomic risks betterIncreased reserve creation in periods of global slowdownReform in WTO to allowing developing countries to engage in industrial policiesReducing reliance on exchange rate policy for “export led growth” and economic transformationGlobal financial market regulation and capital account managementWith a focus on limiting destabilizing short term capital flowsEspecially in periods of crisesAcceptance of principles of managed exchange rate systems
An Alternative Framework for the Global Financial System
Globally coordinated monetary policyWith globalization, effects of monetary policy markedly differentAdditional liquidity doesn’t stay in country creating itWhat matters, to a large extent, is global aggregate demandOne large central bank can be taking out global liquidity as another adds itMajor effect of interest rate policies can be on exchange ratesCompetitive devaluations can be counterproductive
Surpluses are not created just toadvancea mercantilist agendaBut there are valid reasons for developing countries to pursue industrial policiesBut whatever their rationale, surplus countries impose costs on othersAnd the persistence of these surpluses has led to outcomes that are not sustainable—”debtor and deficit exhaustion”
Concluding Comments
Global instability is as much (or more) a result of the behavior of surplus countries as of deficit countriesSuggesting tone of indignation not justifiedAnd the advice that others should follow their ways impossible—not everyone can run surplusesThere are unilateral actions that deficit countries can take to rectify imbalances
But better would be reforms in the global financial and trade systemA global reserve systemA global regulatory systemReform of the global trade systemBetter coordination of global monetary policy
Global reform

Make amazing presentation for free
IS MERCANTILISM DOOMED TO FAIL_ China, Germany, and …