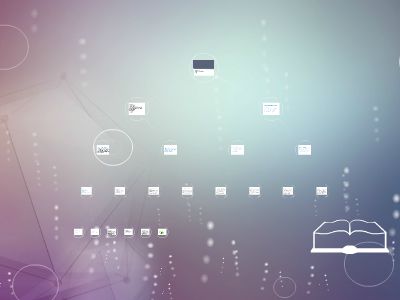 Growing up with Languages: Reflections on Multilingual Childhoods
Claire ThomasWaltham Forest Bilingual Group
I will coverAbout WFBGWhy we started the projectFindings (highly summarised):In the familyEducationAs adults
Waltham Forest Bilingual Group
Founded 2003Small self help group run by parentsMonthly drop in events to support familiesDeveloped workshops for parents “We are not experts but we do know how it feels”Developed talks (e.g. Credit Suisse)Library of books about the subject
There is very little support for multilingual parents in the UK:
“… it’s not always easy. It is very easy to give up ... If you want your children to be bilingual you have to work at it.”WFBG member
“Whatever they say now, when your children are grown up they will be glad that you raised them bilingually.” Colin Baker
Research project
Developed questionnaire & self assessment toolInterviewed43adultsGlobal backgrounds – Asia, Africa as well as Europe and US.Wide range of issuesAnalysed and summarised
Interviews - limitations
Historical – min 10 years ago, max 60 years agoChangesTechnology – communications/TVSocial changes (e.g. racism, language policy)Nature of mixed marriages/relationshipsThree single parents, no shared custody
Research project - limitations
Not a scientificsampleInitially positive storiesReviewed and actively searched for:Death of a parentDivorceOther problems e.g. parent’s mental health issuesProblematic migration
Interviewees
Mixed language familiesMigrant familiesChildren who learnt through school alone35 countries, 37 languagesEnglish, French, Spanish, Arabic, CantoneseWelsh, Occitan, Basque, KurdishEsperanto,Kabye, Swahili, Gujarati
Findings re families/systems 1
No differencewhether Mum or Dad spoke minority languageWhether parent spoke language they had been parented in themselvesBetween OPOL and other systemsBetween extreme fluidity in system v. hard and fast rules (provided that input was retained)5 children “resisted” but 4 speak it fluently & frequently as adults, one less so. Parents did not give up
Findings re families/systems 2
ButMixinglanguages can be a problem unless there is also a monolingual environment.Parents arguing aboutwhich language should be spokenor being snobbish about another’s language washarmful.Several interviews mentioned that they felt that they spoke none of their languages “perfectly”.
Findings re families/systems 3
Children’s personalities make a difference – being shy, wanting to fit in.Quite a fewintervieweesdid feel,at times,different – roughly 50:50 positive/negative.Some children had accents in one or other language, most did not, some sounded international.Most children did loose languages very quickly when input ceased/reduced. Some retained.Holidays important
Findings re context
Prestige helped, but ….oppressed languages also strongParent’s emotional attachment to the language importantOccitan speaker now only passive.Racism not linked to language (by interviewees)Children who were not visibly different seemed more worried about fitting in.
17 Interviewees started school in a language not spoken at home - 15 no problems at all, 2 minor problems that lasted a few weeks.Those who changed language of schooling later did struggle more, but many were still able to do very well.Interviewees very positive re school support where this existed (e.g. Sweden/UK)1 bilingual Welsh English child had problems in London – racism – unsupportive staff.
Findings re education 1
Verymixed reviews of studying home languages as a foreign language at school – some usefulness but quite a lot of quite recent poor practice.Many children did not enjoy Saturday language schools but as adults were glad they had attended, those who gave up wished they had continued.Many adults who were not literate in a language they had spoken at home, chose as young adults to do evening classes or taught themselves.
Findings re education 2
Very many travelled as young adults for months/a year to countries where their minority language was spoken – thinking that they would fit it better there …..Many adults were using their languages at work – but as a bonus not central.
Interviewees as adults 1
Many were raising (or planned to raise) childrenmultilinguallyThose who did not included those who had felt worst about not fitting in as children.Many played down bilingualism/didn’t talk about it much
Findings re adults 2
“It was just how it was”“We didn’t question it”Almost anything can be “normal” for children (even no system at all) provided you start early and stick to it.Meanwhile others were very aware of language, dialects, accents.Really surprising how many children did retain language with very low inputSurprised at how active children were in making choices about languages
Interesting observations
But they were glad ….
38 out of 43 straightforwardly glad5 out of 43 said it was good but …No one said they wished it had happened to them or that their parents hadn’t bothered.
But they were glad ….
I love it. It gives me another level of understanding. Your whole view of the way the world works is formed through language.I think your imaginary world is much richer. You have cultural experiences and cultural references, and a richer inner life.“I live in that grey area neither one thing nor another. Bilingual people are simultaneously insiders and outsiders and I think that that is more powerful than being one or another.”
Questions or comments?