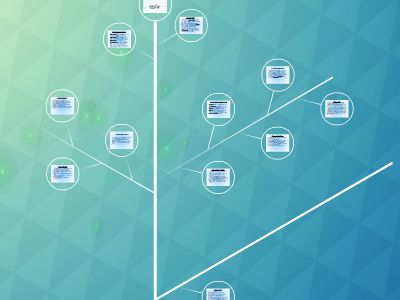 Judge Lynn M. EganJudge Thomas M. DonnellyJudge Diane M. ShelleyNovember 20, 2015
“LIVING WITH A SIX PERSON JURY”
The law reduces thenumber of jurorsin civil cases from 12 to 6. The Code of Civil Procedure now expressly states, “all jury cases shall be tried by a jury of 6.”735 ILCS 5/2-1105(a)(West 2015).It also changed the statute that governsjuror feesso that jurors are paid $25 for the first day of service & $50 for every day thereafter “or such higher amount as may be fixed by the county board.”55 ILCS 5/4-11001(West 2015).Although the new statute doesn’t specify the cost foralternate jurors, it contemplates an additional fee for each alternate requested. This fee will be set by thecounty board. Varies by County.
WHAT CHANGED?
November 25, 2014: House Amendments 1 & 2 to SB 3075 are filed & assigned to the House Judiciary Committee. Hearing held.December 2, 2014: Bill passes in the House & Sen. John Mulroe sponsors the Senate bill, which is assigned to the Executive Committee. Hearing held.December 3, 2014: Senate approves House Amendments 1 & 2.December 19, 2014: Former Governor Quinn signs Public Act 98-1132 into law. Effective date: June 1, 2015.Public Act 98-1132 was signed into law by former Governor Quinn on December 19, 2014 & took effect on June 1, 2015.
WHEN DID THIS HAPPEN?
The cost of a jury demand. In Cook County, the cost remains $230.The number of peremptory challenges & alternates remains the same under 735 ILCS 2/2-1106(a) & (b)(West 2015).The manner in which jurors are passed upon & accepted also remains unchanged -- panels of four, commencing with the plaintiff. Alternate jurors passed upon separately.705 ILCS 305/21(West 2015).Supreme Court Rule 285. Parties in small claims cases can still demand a 12 person jury. Cost remains $25.00.
WHAT DID NOT CHANGE?
Federal courtrequires a minimum of 6 jurors & no more than 12.Amajority of statesdefine a jury as being 12 jurors, but permit parties to stipulate to less.Five statesdefine a jury as six jurors, but permit parties to demand twelve.Two statesrequire twelve jurors & do not permit parties to agree to fewer than this number.Seven states, including IL, define a jury as six jurors & do not allow parties to demand more.
HOW DOES ILLINOIS COMPARE?
Some studies suggest that significant reduction in the number of jurors:1) Decreases diversity of the jury;2) Negatively impacts the deliberative process by making dissenting jurors less likely to articulate their views, diminishes the ability to accurately recall evidence & reduces the overall quality of deliberations;3) Reduces the deliberation time;4) Results in juries that are less likely to deadlock.
WHAT IS THE IMPACT?
1) What if suit was filed before June 1, 2015, but defendant was not served until after that date – can the defendant still demand a twelve-person jury?2) What if the judge, rather than the parties, orders alternates? Who pays the cost? How do the county clerks’ offices monitor the use of alternate jurors?3) Is it constitutional?See,Colgrove v. Battin, 413 U.S. 419 (1973) &Ballew v. Georgia, 435 U.S. 223 (1978).
UNANSWERED QUESTIONS
The Illinois Supreme Court tasked the Civil Justice Committee with undertaking a comprehensive project to study/analyze civil jury trials throughout the entire state.The Civil Justice Committee has not, & will not, express a preference for a six or twelve person jury. Instead, it will identify ways to enhance our civil jury trial system as it currently exists.It will begin by examining the use of preliminary jury instructions, interim statements by counsel to the jury, number of peremptory challenges & ways to enhance jury deliberations.
WHAT TO DO?
The Committee has developed questionnaires that will be used in civil jury trials across the state.Separate questionnaires will be completed by the judges, lawyers & jurors.After the data is compiled & analyzed, the Committee will make specific recommendations to the Supreme Court.
CIVIL JUSTICE COMMITTEE
1) Did all of the jurors on your jury contribute to your deliberations? If no, how many contributed?2) Did any one juror dominate the deliberations?How much influence did the foreperson have on the jury’s decision?3) What was your opinion of the number of jurors on your jury?4) How accurately was the evidence remembered by the jury during deliberations?5) How much did you rely on other jurors to remember the evidence?
JUROR QUESTIONS
6) How thorough were the deliberations?7) How satisfied were you with the deliberations?8) How much did you participate in the deliberations? How many participated more than you?9) What percentage of time was spent discussing liability? Money awards or damages?10) Questions about jurors’ racial/ethnic & educational background, as well as gender & employment status.
JUROR QUESTIONS
Make the most of voir dire.UtilizeS.Ct.Rule243,which permitsjurors to ask questions of witnesses.Provide substantive answers to questions that arise during deliberations – but know the proper procedures.Get involved in efforts to preserve & enhance our civil jury trial system – it is vanishing! In 2013, there were 248,302 Law Jury cases filed in the state, but only 1,059 of those cases generated jury verdicts.
PRACTICAL TIPS