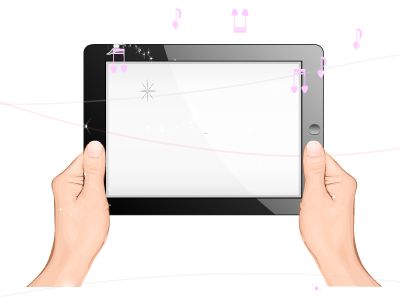 Gresham CollegeDivinity Lecture6Why God won’t go away
ProfessorAlisterMcGrath
Cognitive Science of Religion
Justin BarrettPascal BoyerNotion of “minimalcounterintuitiveness”Robert McCauley
RobertMcCauley
Sciencechallenges our intuitions and common-senserepeatedly. With the triumph of new theories, scientists and sometimes even the public must readjust their thinking. …
RobertMcCauley
Whenfirst advanced, the suggestions that the earth moves, that microscopic organisms can kill human beings, and that solid objects are mostly empty space were no less contrary to intuition and common sense than the most counterintuitive consequences of quantum mechanics have proved for us in the twentieth century.
C. S. Lewis on Desire
1.The Pilgrim’s Regress(1933), written shortly after his conversion to Christianity, in which Lewis sets out an allegorical account of his own conversion, focusing on the theme of desire.
C. S. Lewis on Desire
2. The university sermon ‘The Weight of Glory’, preached in Oxford in June 1941, and subsequently published as an article in the journalTheology. This is the most elegant statement of the argument, which is here framed primarily in terms of the human quest for beauty.
C. S. Lewis on Desire
3. The talk ‘Hope’, given during the third series of Broadcast Talks for the British Broadcasting Corporation during the Second World War, and subsequently reproduced as a chapter inMere Christianity. This is generally considered to be Lewis’s most influential statement of the argument.
C. S. Lewis on Desire
4. The autobiographical workSurprised by Joy, in which the theme of ‘Joy’ plays a significant role in arousing Lewis’s openness towards God.
T. S. Eliot
DrySalvages:Wehad the experience but missed the meaning;andapproach to the meaning restores the experience.
Bertrand Russell
The centre of me is always and eternally a terrible pain . . . a searching for something beyond what the world contains, something transfigured and infinite – the beatific vision, God – I do not find it, I do not think it is to be found – but the love of it is my life . . . it is the actual spring of life within me.
C. S. Lewis
A true philosophy may sometimes validate an experience of nature; an experience of nature cannot validate a philosophy. Nature will not verify any theological or metaphysical proposition (or not in the manner we are now considering); she will help to show what it means.
Next Year’s Lectures
Religion, Science, and Culture: Six BigQuestionsSix interesting and relevant topicsEach engages with a dialogue partner to make the lecture more interesting . . .
Lecture 1:
Doesscience rob nature of its mystery and beauty? And does theology restore this?JohnRuskin on science, religion, and the arts
Lecture 2
Does faith make sense of things?Dorothy L. Sayers on science, faith, and the quest for intellectual order
Lecture 3
Is reality limited to what science can uncover?C. S. Lewis’s critique ofnaturalism
Lecture 4
Respecting and TranscendingNatureJ. R. R. Tolkien’s concerns about technology
Lecture 5
Is humanity naturally good?Richard Dawkins’sSelfish Gene
Lecture 6
Is matter evil?Philip Pullman’sDark Materialstrilogy
End