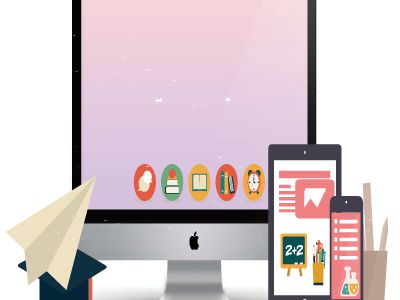 The role of injunctions in FRAND proceedings – a UK ...

The role of injunctions in FRAND proceedings – a UK perspective
David KitchinJustice of the UK Supreme Court
Recent UK jurisprudence
Unwired Planet vHauwei[2018] EWCACiv2344Hauweiv Conversant [2019] EWCACiv38TQ Delta vZyXEL[2019] EWHC 745 (Pat)
Key features of the FRAND framework
Telecommunications standardsThe FRAND undertaking to: “grant irrevocable licences on fair, reasonable and non-discriminatory terms”Hold-upHold-out
The tools available to the court
InjunctionCompetition law – do proceedings infringe Article 102 TFEU because they amount to an abuse of a dominant position?
Unwired Planet v Huawei– the trials
UP alleged infringement of five SEPsHuawei denied infringement: contended SEPs were not essential and invalid, and claiminfringed Art 102 TFEUIssues decided in a series of trialsHeld: two SEPS valid and infringedJudge settled terms of a global FRAND licence; no abuse by UP
Principal arguments on appeal
Ground 1: The imposition of a global licence was wrong in principleGround 2: Licence was discriminatory - Huawei ought to have been offered the rates agreed with SamsungGround 3: UP’s conduct infringed Art 102 TFEU in light of decision in Case C-170/13Huawei v ZTE
Global licensing – decision of Birss J
Only one set of terms could be FRANDUP’s portfolio was much smaller than those of Huawei, Samsung and Ericsson but this did not justify a difference in treatmentUP’s portfolio covered a substantial part of the worldUP’s portfolio was still large enough to make it impractical to litigate over every patentWilling licensor and licensee would agree a global licenceSince Huawei had refused to take a global licence on FRAND terms, an injunction would be granted (subject to the competition law defences and any appeal)
Global licensing - Huawei’s arguments in the Court of Appeal
These were UK proceedings in respect of UK SEPs onlyOther countries have adopted different approachesJudge failed to respect the principal of comityJudge presumed infringement of foreign SEPsDecision was contrary to public policy and disproportionateDecision creates significant practical problemsThere is no single set of FRAND terms
Global licensing - decision of the Court of Appeal
SEPs are national but the FRAND undertaking is globalA willing licensor and a willing licensee may negotiate a global licenceThe concept of a global licence does not offend any principle of comity, nor is it contrary to public policyA global licencemaybe FRANDThere is no single set of FRAND terms; the obligation on the SEP owner is to offeraFRAND licenceAn implementer who refuses to take a global FRAND licence will face an injunction, but only in respect of the national SEPs in issue
Unlawful discrimination?
What does the “non-discriminatory” limb of FRAND require?“Hard edged” and “general” non-discriminationMost-favoured licensee? Or:Must offer a fair and reasonable licence to every implementer?Samsung had been granted a licence with a very low royalty rate which did not reflect the value of the portfolio
General non-discrimination – the Court of Appeal
The objective is not to level down, but to ensure all implementers can secure a licence on terms which reflect the true value of the portfolioDifferential pricing is not of itself objectionable, unless it causes competitive harmNo purpose in constraining SEP owner to offer licences at less than a fair rate
Had UP abused a dominant position?
Was UP in a dominant position?What was the market?UP had 100% of the market for licences of its SEPsFRAND undertaking and the possibility of hold-outHad UP abused its dominant position?Failure to make a FRAND offer before commencement of proceedings?Depended on the proper interpretation of the decision of the CJEU inHuawei v ZTE
The key facts relevant to abuse allegation
2009: Huawei took licence under Ericsson patents, including the SEPsJanuary 2013: UP acquired an Ericsson portfolio, including the SEPsJune to November 2013: Discussions between UP and HuaweiBy end of 2013: Huawei knew or ought to have known it needed a licence under the SEPsMarch 2014: UP issued proceedings in UK and GermanyApril 2014: UP made its first licensing offer
Huawei v ZTE(1)
[60]   … the proprietor of an SEP which considers that that SEP is the subject of an infringementcannot, without infringing Article 102 TFEU, bring an action for aprohibitoryinjunction or for the recall of products against the alleged infringer without notice or prior consultation with the alleged infringer, even if the SEP has already been used by the alleged infringer. (Emphasis added)
Huawei v ZTE(2)
[71] … the proprietor of an SEP …does notabuse its dominant position … by bringing an action for infringement seeking an injunction prohibiting the infringement of its patent … as long as:–        prior to bringing that action, the proprietor has, first, alerted the alleged infringer of the infringement complained about by designating that patent and specifying the way in which it has been infringed, and, secondly, after the alleged infringer has expressed its willingness to conclude a licensing agreement on FRAND terms, presented to that infringer a specific, written offer for a licence on such terms, specifying, in particular, the royalty and the way in which it is to be calculated, and–        where the alleged infringer continues to use the patent in question, the alleged infringer has not diligently responded to that offer, in accordance with recognised commercial practices in the field and in good faith, this being a matter which must be established on the basis of objective factors and which implies, in particular, that there are no delaying tactics. (Emphasis added)
Are these mandatory conditions?
The Court of Appeal said “no”:Account must be taken of all the circumstancesThe use of permissive language (cfpara 60)Consonance with the purpose of FRAND regimeProcedural rules relating to injunctions vary from state to stateConsistent with decisions in other Member States:Pioneer v Acer (2016)St Lawrence v Vodafone (2016)Sisvelv Haier (2017)
TQ Delta vZyXEL
SEP found valid and infringedInconsistent behaviour by implementerRefusal to commit to FRAND terms settled by court – whether global or nationalSEP would expire in three monthsInjunction granted
Huawei v Conversant
Forum shopping?Promotion of disputes as to the appropriate forum?Is the claim justiciable?Forum nonconveniens:How is the dispute to be characterised?Canthe claimbe tried more suitably elsewhere?

Make amazing presentation for free
The role of injunctions in FRAND proceedings – a UK ...