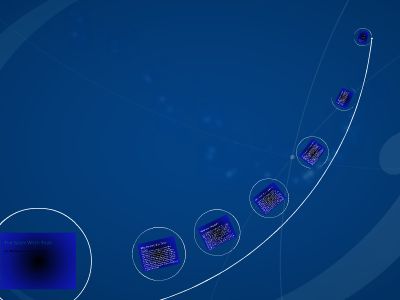 The Salem Witch Trials
By: Will, Amelia, Addison, and Taylor
What Events Led to These Trials?
One of the first obvious causes of the Salem Witch trials was the fact that the girls, who first began accusing townspeople as witches, may have very well been "acting" in the court room. As Puritan children, the girls who made the accusations had no childhood. The girls spent their days studying the Bible or doing house work, so the girls started acting as if they were being victimized bywitches.Not only did the girls get out of housework, but they also got out of Bible studies, they could have gotten away with murder, and in some ways they did.
Who was involved?
A total of 19 victims were hanged during the witch trials. These names include: Bridget Bishop, Rebecca Nurse, Sarah Good, Susannah Martin, Elizabeth Howe, SarahWildes, George Burroughs, Martha Carrier, John Willard, George Jacobs Sr., John Proctor, Martha Corey, MaryEastey, AnnPudeator, Alice Parker, Mary Parker,WilmottRedd, Margaret Scott, Samuel Wardwell. Another victim, Giles Corey, was pressed to death with heavy stones during his examination and four people died in prison while awaiting trial: SarahOsburn, RogerToothaker, Ann Foster and Lydia Dustin. Other victims include two dogs who were shot or killed after being suspected of witchcraft.More witches were named, the trials wore on and eventually the local jail held more than 200 accused witches. The first person brought to trial was Bridget Bishop, a local tavern owner who often quarreled with her neighbors, dressed provocatively and entertained guests late at night in her home.
Who was involved continued
Furthermore, Bishop had also been accused of witchcraft twice before in 1679 and 1687 but was cleared of the crime. Bridget was accused by five young women, Abigail Williams, Ann Putnam Jr., Mercy Lewis, Mary Walcott and Elizabeth Hubbard, who stated she had physically hurt them and tried to make them sign a pact with the devil. During her trial Bishop repeatedly defended herself, stating “I am innocent, I know nothing of it, I have done no witchcraft …. I am as innocent as the child unborn…” Bishop was quickly convicted and hanged in June of 1692 at Gallows hill.
What were the outcomes of the trial?
Because many innocent people died, Thomas Maule, a noted Quaker, publically criticized the handling of the trials by the puritan leaders, in his book Truth Held Forth and Maintained, “It were better that 100 witchesshould live, than that 1 person be put to death for a witch, which is not a witch.”For publishing this book, Maule, was jailed for 12 months before he was tried and found innocent.Court ruled there would be a fast on January 14, 1697.Samuel Sewall asked Rev. Samuel Willard to read aloud his apology to the congregation of Boston’s south church, “To take the blame and shame.”
How do historians interpret this event?
They interpreted them as a religious punishment and as a way for people to get rid of others, the people accused as witches were often accused because of some religious thing they did or because someone didn’t like them and if they got enough people to testify against the accused then the accused would die.
Sources
http://wiki.answers.com/Q/What_caused_the_Salem_Witch_Trialshttp://en.wikipedia.org/wiki/List_of_people_of_the_Salem_witch_trialshttp://en.wikipedia.org/wiki/Salem_witch_trialshttp://en.wikipedia.org/wiki/Salem_witch_trials