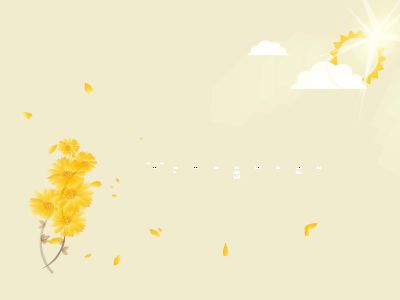 The Right to hospitality_ Democracy at the Test of Migrations

The Right to hospitality:
Democracyat the Test of Migrations

DEMOCRACYwithoutDemos
HardbackeBookAdd to GoodReadsDemocracy and Subjective RightsDemocracy Without DemosCATHERINE COLLIOT-THÉLÈNE
A deflationaryinterpretation of "people'ssovereignty”.Equal freedom as a vehicle for the democratization ofpoliticalregimes
The modern foreigner is a particular figure of the foreigner.DanièleLochak:“What ultimately characterizes the figure of the foreigner of the nation-state is its ‘politicisation’: Theforeigneris defined as a non-national and (inseparably) as a non-citizen – one who does not belong in the political community constituted as a state”.Democracy = people'ssovereignty=state sovereignty“[…]there is a crucial link between democratic self-governance and territorial representation […] Democratic laws require closure precisely because democratic representation must be accountable to a specific people.” (SeylaBenhabib,The Rights of Others)
TheAustrian historian GeraldStourzhonce observed that “foreigner” is a status distinction (of inferior rank), the only one that has resisted until now to the process of equalization of rights that was initiated in the late eighteenth century. But this resistance cannot be overcome, since the status of foreigner is the projected shadow of the status of national-citizen.
EtienneBalibarEqualiberty, DukeUniversityPress, Durham and London, 2014
TheDeclaration of 1789 “integrally identifies the rights of man with political rights […], man, individual and collective, with a member of political society […] It goes tothe idea of the right of man to politics, to politically institute all human activity in view of a liberation and equalization”.
“Neither physical safety – being fed by some state or private welfare agency – nor freedom of opinion change in the least their fundamental situation ofrightlessness.The prolongation of their lives is due to the charity and not to the right, for no law exists which could force the nations to feed them; their freedom of movement, if they have it at all, gives them no right to residence which even the jailed criminals enjoy as a matter of course; and their freedom of opinion is a fool’s freedom, for nothing they think matters anyhow.”(Hannah Arendt,TheOrigins of Totalitarianism, p. 296)
AyeletShachar:« TheShiftingBorder of ImmigrationRegulation»,Stanford Journal of CivilRights& CivilLiberties, Vol. 3, 2007DanièleLochak:“When police laws become increasingly coercive, they hinder such basic rights as the freedom to come and go, the right to family life, the rights to health, etc. The affirmation of full equal rights become completely meaningless.”
Universal Declaration of Human Rights(1948) merely presents the principles it sets out as “a common standard for all peoples and all nations to the end that every individual and every organ ofsociety, keeping this Declaration in mind,shall striveby teaching and education to promote respect for these rights and freedoms and by progressive measures, national and international,to secure their universal and effective recognition and observance, both among the peoples of Member States and among the peoples of territories under their jurisdiction”.
KantTheContestofFaculties
«Trueenthusiasmisalwaysdirecteddirectlyexclusivelytowardstheideal,particularlytowardswhatispurelymoral (suchas the concept of right). »
KANT, The Science of Right
ThereisonlyoneInnateRight, theBirthrightofFreedom.Freedomisindependenceof thecompulsorywillofanother; and insofar asitcancoexistwiththefreedomof allaccordingto auniversallaw,itisthe one sole original,inbornrightbelongingtoeveryman invirtueofhishumanity. Thereis,indeed, aninnateequalitybelongingtoeverymanwhichconsistsinhisright tobeindependentofbeingboundbyotherstoanythingmorethanthattowhichhemayalsoreciprocallybindthem. Itis,consequently, theinbornqualityofeveryman invirtueofwhichheoughttobehisownmaster by right (suijuris).
MICHEL AGIER
« L’encampementdu monde »,Plein droit, 2011/2, n°90La condition cosmopolite, Paris, La Découverte, 2013(dir.):Un monde de camps, Paris, La Découverte, 2014
Kant,again
Science of Right, §13: “… Had the surface of the earth been an infinite plain, men could have been so dispersed upon it that they might not have come into any necessary communion with each other, and a state of social community would not have been a necessary consequence of their existence upon the earth.”Nachlass: “Every man has an innate right to be in some place on earth, because his existence is not afactum[an act], therefore it cannot beunjustum”SeylaBenhabib:“What is the status of this fact in Kant’s moral argument? If indeed we were to assume that Kant used thesphericityof the earth as ajustificatory premise, wouldn’t we have then to conclude that he had committed the naturalistic fallacy? Just because all castles everywhere are build on sand, it still does not follow that mine should be so build as well.”
Themodern conception of right is incompatible withexclusion.Apolitical structuration of the world that prevents some human beings from finding a place on earth to live freelycompromises the normative foundations of modern rights.Notonly is the surface of the planet finished, as Kant pointed out, but this surface, at least its habitable places, is entirely occupied: there are no longer any places on earth where human beings whom political repression, war or misery drive out of their countries could settle with some chance of rebuilding their lives.
CONCLUSION 1
1) Itis essential to distinguish between rights and protections.DidierFassin:Humanitarian reason. A Moral History of the Present,Univ. of California Press, London 20122) The confusionbetween rights and protections contaminates the rights of citizensthemselves.“Only ifaright of thepoor is presupposedasa legal-socialfiction,is aid to the poor removed from the arbitrariness and no longer dependent on the contingent state of finances and otheruncertain factors.” (GeorgSimmel,On Poverty)
Conclusion2
1) Theright to hospitality, e.g. the right of each human being to have a place on the earth to live free, isundisputable.Kant:“originally, no one had more right than another to a particular part of theearth.”2)Theright to hospitality is not an enforceable right, in the sense of positive law. But there is a corresponding duty, which is not first and foremost a duty to welcome people "into our homes", but a duty to act by all available means to transform the world that produces poverty and immigration. And as long as this transformation is still pending, the duty of hospitality is imperative for States that are considered democratic, however difficult it may be to organize it in practice.