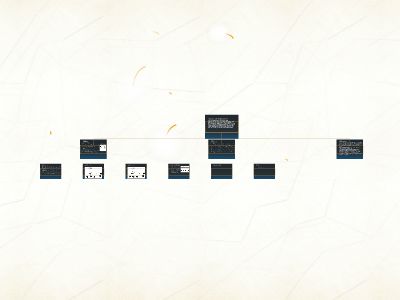 Securing Home Networks (includingWiFiand Servers)ByDr. RafaelAzuaje,SulRoss State University, Alpine, TXHome networks (wire/wireless) are becoming critical structures in the home offices as well as resource-sharing centers for our homes. An increasing number of computer users are setting file/media servers and wireless systems to be used around their homes, however; Security for such infrastructure is often overlooked. This presentation will address some of common mistakes and steps on securing your wireless/wire and resource-sharing servers that you can have around your house.
1.- Personal Area NetworkRefers to network infrastructure that makes possible the sharing of resources around your home or small offices. It includes wire and wireless technologies.2.- ServerIs a dedicated computer that allows toshare files, applications and otherresources.3.-WiFiTheterm Wi-Fi suggests Wireless FidelityPatented by (1992) by TheCommonwealth Scientificand Industrial Research Organization(CSIRO), Australia. It allows wireless communication between devices within a relatively short range.
Definitions:
Advantages of Wi-FiAllows LANs to be deployed without cabling, potentially reducing the costs of network deployment and expansion. Spaces where cables cannot be run, such as outdoor areas and historical buildings, can host wireless LANs.Wi-Fi products are widely available in the market. Different brands of access points and client network interfaces are interoperable at a basic level of service.Wi-Fi networks support roaming, in which a mobile client station such as a laptop computer can move from one access point to another as the user moves around a building or area.Wi-Fi is a global set of standards. Unlike cellular carriers, the same Wi-Fi client works in different countries around the world.
WiFi: Advantages
Spectrum assignments and operational limitations are not consistent worldwide; most of Europe allows for an additional 2 channels beyond those permitted in the US; Japan has one more on top of that - and some countries, like Spain, prohibit use of the lower-numbered channels.Powerconsumption ishighcompared to some other standards, makinga negative impact on battery life.LeegacyWiFiencryption such WiredEquivalentPrivacy (WEP),has been shown to be breakablewithout much effort.Although most of the newer wireless products support the much improved Wi-Fi Protected Access (WPA) protocol, manylegacyaccess points cannot be upgraded in the field and have to be replaced to support it.
WiFi:Disadvantage
WiFinetworks have limited range. A typical Wi-Fi home router using 802.11b or 802.11g might have a range of 45 m (150ft) indoors and 90 m (300ft) outdoors.Access points could be used to steal personal information transmitted from Wi-Fiusers.Interferenceof a closed or encrypted access point with other open access points on the same or a neighboring channel can prevent access to the open access points by others in the area. This can pose a problem in high-density areas such as large apartment buildings where many residents are operating Wi-Fi accesspoints.
WiFi: …Disadvantage

What is wrong with this picture?
A large number of user do not change the default values that are set by the manufacturer (mainly router), which is very easyto determine (http://www.routerpasswords.com/)Inadequate security setting (WEP)Most users do not update security settings (upgrade firmware)Lack of monitoring tools