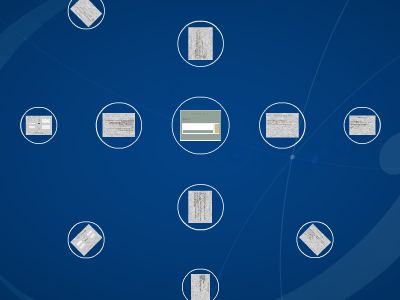 Chapters 1-8
Connecting The Dot’s
Making Connections in History
History is all about connecting the dots!In this activity I will provide you with four terms that can be related to each other.It is your job to come up with a “Main Idea” Term
Conquistador
What is a Conquistador?- A Conquistador is a Spanish soldier that explored the Americas and Claimed land for Spain.What do you know about Conquistador?Hernando Cortes led a Spanish army into Tabasco an Aztec province in Southeastern Mexico.Cortes took advantage of the weaknesses of the Aztec Empire. (Discovered South America)After Cortes explored the Americas, several explorers followed to create a new empire in the Americas.
Christopher Columbus
Who is Christopher Columbus?Italian Navigator who looked for a faster water route to Asia.What do you know about him?Christopher Columbus is from ItalyReceived a charter from King Ferdinand and Queen Isabella.He named his ships the Nina, thePintaand the Santa MariaHe discovered the West Indies.Provided otherexplorersthe idea that it was possible to sail west and find land.
Mercantilism
What is Mercantilism?-Creating favorable trade by taking natural resources from other lands.An example of this is how colonies provided mines that produced gold and silver. In addition, they produced goods such as crops like wheat. This would be traded for gold and silver. Finally, they served as a market for the home country.What do you know about Mercantilism?Middle PassageMissionariesTriangular TradeSlaves, Wheat, Sugar
Middle Passage
What is the Middle Passage?The middle leg of the triangular trade route that brought captured Africans to serve as slaves.What do you know about the the Middle Passage?Slaves were traded during the Middle Passage.Cruel treatment of peopleDiseaseOlaudahEquiano
Your Own Term
What term do you think goes best with Conquistador, Christopher Columbus, Mercantilism and Middle Passage?a. American Revolutionb. Glorious Revolutionc. French and Indian Ward. Triangular Tradee. Colombian Exchange
Start Connecting
ConquistadorChristopher ColumbusMercantilismMiddle PassageTriangular Trade or Colombian ExchangeOr whatever you think works best!
How do I start?
How can you connect these two events?
The NEXT STEP
How do these to relate to each other?How do they relate to the previous two?
Your Term
Take your “Main Idea” term and tie the knot to all the other terms.For example I would select either Colombian Exchange or Triangular Trade.