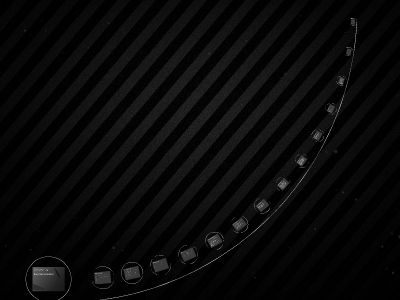 Concise writing
Beyond style and grammar
Making changes
Editors have great power over a writer’s copy.An editor should avoid making changes at whim or personal bias.A good editor tries to use words the writer might have used.
Making changes
Editors who have the time should return a story to the writer when substantial editing is necessary, such as:When it’s based on only one interview.When facts are missing or questionable.When it’s clearly biased, unless an opinion.When it’s confusing throughout.
Making changes
But sometimes editors don’t have time to do this.The editor is responsible to writers, but also responsible to readers.You need not fear to edit when required.
Being concise
Editors are particularly helpful as a way to encourage writers to be concise.Word clutter is part of this, but editors also can identify word combinations that harm efficiency and economy.
1. Common principles
Here are common principles that help an editor be concise.1. Use simple words.People tend to think they will sound more intelligent if they use complicated-sounding words or jargon.This is sometimes true: recent research shows people who use business jargon are more likely to be promoted.
Jargon in media
In mass media, however, it is more likely to sound pretentious and pedantic.Sometimes it’s amusing:“It is pointless to attempt to edify an elderly canine with novel maneuvers.”Or you can use the old cliché, “You can’t teach an old dog new tricks.”
Common principles
2. Be direct.This means avoiding nominalizations, as we’ve discussed before:“She made a study of the problem”“She studied the problem.”
Common principles
You can also cut through roundabout language that tends to be part of business letters or academic writing:“In the unlikely eventuality that you encounter various and sundry difficulties with the above-referenced project, apprise me of the situation at your convenience.”“Let me know if you have a problem.”
Common principles
3. Eliminate redundancy.We’ve already considered this somewhat, in trying to avoid repeated attributions when it’s obvious who is being quoted.Redundancy is common from writers who submit first drafts. That sometimes happens in mass media writing done in a hurry on deadline.
Common principles
For example:“In reviewing the notes of the lecture, he referred back to what he had written during class.”“He reviewed his lecture notes.”
Common principles
Note you can often be more concise by moving the adjective in front of the verb:“He reviewed the notes from the lecture.”“He reviewed the lecture notes.”“A win Saturday would be a record for the team.”“A win Saturday would have been a team record.”“Studies by experts show rates of student loans are increasing.”“Expert studies show student loan rates are increasing.”
Common principles
4. Consider revising “there is/are,” “it is” and “what” beginnings, and be specific:“There are four employees who have filed grievances.”“Four employees have filed grievances.”“There are many ways to save for retirement.”“Workers have many ways to save for retirement.”
Common principles
“It is our suspicion that the road structure had become substandard.”“We believe the road buckled after ice damaged the pavement.”“What we need to do next is simplify our accounting procedures.”“Next we need to simplify our accounting.”
Common principles
5. Consider using the affirmative.In media writing as in public relations writing is more credible when emphasizing what can be done:“Do not stand in this line unless you have a ticket.”“This line is for ticket-holders.”