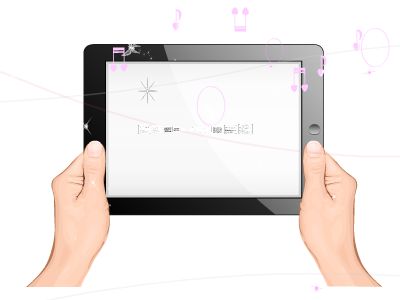 Complexity, individuation and function inecology Part II, sec4Ecosystem Functionality
Prof. John Collierhttp://web.ncf.ca/collier/(Departamento de Filosofia, Universidade de Kwazulu-Natal, África do Sul. Pesquisador Visitante do Laboratório de Ensino, Filosofia e História das Ciências (LEFHBio), Programa Ciência sem Fronteiras)
Outline
This will mostly be a review, putting the ideas together.Functionality and ecosystem individuationProblems with approaches to functionEcosystem roles, services and functionsReview of ecosystem identityFunctionality as health, resilience, ascendencySome consequences
Functionality and ecosystem individuation
Functionality is always for the sake of something (the patient), but not always the agent (loosely defined) of the functionality.In biological systems functionality must be determined by looking at closure conditions. For example, a given agent behaviour may be for the sake of itself, or the patient might be its lineage, or some other entity in its group.In ecosystems, functionality is typically going to be for the sake of the ecosystem, but we might find subsystems in which the patient is not the agent itself.
Approaches to function
Etiological: does not seem to apply to ecosystems (in addition to other problems).Organizational role: there are organizational parts that have a deleterious roleMechanisms: either not all mechanisms are functional, or defining them as such is ad hocAutonomy: ecosystems are not autonomousContribution to ecosystem cohesion
Etiology
On the etiological account in biology a function is a property that exists because it leads to the thing that has it being selected.This account is problematic, since it seems that we can identify functions without knowing selection history, and also because it seems that something must be functional in order to be selected.We could replace “being selected” with “enhancing fitness value”.But ecologies are not typically in competition with each other, and hence don’t seem to have a fitness value.
Organizational role
Since all biological systems, including ecosystems, depend heavily on their organization (it is their most salient – obvious – common feature) it is plausible that organizational role determines functionality.However, there are many aspects of organization in organisms, and even more so in ecosystems, that are deleterious. These are anti-functional.So organizational role includes both deleterious and advantageous properties, unless we rule it out. But this is ad hoc unless we add advantage as a condition, but this condition itself is sufficient.
Services, roles and functions
Ecosystem services are sometimes thought of as benefits for something else (usually humans, but services might also be for the wider environment).Looking at ecosystems themselves, services can be thought of as general inputs such as light, water and some basic nutrients that are nonspecific. Ecosystem services may be provided by other ecosystems neighbouring, or in which they are embedded. For example, wetlands near the ocean might filter out things harmful to the ocean environment. This would be a service for the ocean.Ecosystem roles are determined by the inputs and outputs of a node in an ecosystem network. These can be deleterious or neutral, and hence intuitivelynonfunctional.Functions, or rather functionality, requires contribution to the health or persistence of the ecosystem.
Autonomy
Autonomy is a good criterion for individuating organisms since their organization is much more closed than not, but there are borderline cases, as with all cohesion.Ecosystems are not macro-organisms – this idea has not worked out well in practice – so it is unlikely that they have full autonomy.But something like autonomy should serve to ground explanations ecosystem functionality, since preservation of the organization is a significant factor in the intuitive idea of ecosystem health.
Ecosystem functionality
Ascendency versus overhead: neither alone can explain ecosystem stability, resilience and health (see previous talks).Window of vitality: there is an intermediate area that combines the two that both theoretically and empirically underlies ecosystem stability, resilience and health (Ulanowicz, previous talks).Hypothesis: Ecosystem functionality is a contribution to ecosystem vitality. (Similar to autonomy, but weaker).Growth and development are also important ecosystem properties, so we need to consider not just contributions to ecosystem vitality, but also growth and development.We can call thisecosystem flourishing. The idea can also be applied to people, social systems, economies and other complex systems. The basic idea is a fundamental systems principle and can be informative even when it is not strictly needed to support functionality (e.g., where autonomy will be sufficient, or where there is conscious intentionality).
Ecosystem identity
Ecosystems do not usually have well defined boundaries, so individuation is tricky.There are multiple criteria for the study of ecosystems, and these need to be combined to augment each other in order to understand ecosystem processes. The correct criteria will be determined by things like scale and the choice ofmetamodelsand their findings.There also variousmetamodelsthat work well for some types of ecosystems, but not so well for others. In many cases they must be combined in order to determine ecosystem processes. The system itself determines the correctmetamodelsto use.Individuation will involve some degree of organizational closure, less than autonomy, but not completely ad hoc (subjective or instrumental).
Ecosystem flourishing
IfUlanowiczis right, there is a zone of vitality both theoretically and empirically for ecosystem networks.OnUlanowicz’ account an ecosystem is stable at a time if it has high ascendency.It is stable over time if it has both this as well as a good overhead.Fortunately, both can increase together.However, there are costs.Overhead can be reduced, making the system brittle.Organization increase can reduce efficiency and also introduce to much complexity, moving the system out of the “safe” area.There are further constraints to allow growth and development, but typically vitality implies flourishing. The opposite implication is analytical: no flourishing system can lack vitality.Any further conditions needed for growth and development need further investigation. There are many open questions here since long scale observation of ecosystems is scant.
Some consequences
Since ecosystems are often nested, we need to satisfy flourishing conditions at various levels.Ironically, what encourages growth and development at one level might well be detrimental at either a higher or lower level.Thus flourishing is not additive.Ecosystem management: Everything that contributes to flourishing is relevant – replacing one functional unit with another that has a similar function in another ecosystem might be detrimental (or not).Functionality, therefore, is not a self-contained, independent property, but is inherently holistic.