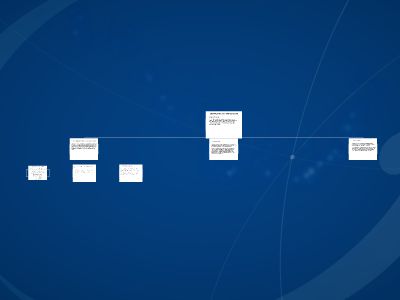 SIGNIFICANCE TO NEW ZEALAND
.
In 1917 New Zealand’s population was only around one million. So 1,800 casualties on the 4thand 2,800 casualties on the 12thOctober, out of one million, was a huge number.  The impact of the attack on 12 October touched families right across New Zealand.
1. LARGE LOSS OF LIFE
2. MANY EX-SERVICEMEN RETURNED TO NEW ZEALAND WOUNDED
More than 14,000 New Zealanders were wounded between June and December 1917. Shellfire and shrapnel punctured flesh and severed limbs; gas poisoned bodies; bacteria from the stinking mud infected wounds. Those who recovered felt the effects for years afterwards; hallucinations and nightmares wracked men suffering from shell-shock.
3. POLITICAL IMPACT
After more than three months of fighting the allies had advanced eight kilometres and lost more than 250,000 soldiers.In March 1918 the Generals abandoned every inch of territory gained.
For some NZ soldiers, this seeming waste of life had a political effect. Many blamed the upper-class British Commanders, like Haig, for the losses. Some of these soldiers returned to NZ determined that NZ should be independent of Britain. Others returned to NZ as Socialists – determined that the class system not be allowed to develop in NZ.
4. IMPACT ON RUGBY
The captain of the 1905 All Black team, Dave Gallaher was killed in the early stages of the efforts to secure Passchendaele – one of a total of 10 All Blacks killed on the Western Front during WWI. 4 All Blacks were killed at the Battle at Messines.
The impact of war reached beyond the individuals killed or wounded; most New Zealand families, communities, workplaces, schools and clubs were affected in a very direct way.
This derives from the fact that the poppy was the first plant to re-emergefrom the churned up soil of soldiers’ graves.West Flanders is the area of Belgium where the Battles ofPasschendaletook place.
5. USE OF THE RED POPPY AS A SYMBOL OF REMEMBRANCE
It was a poem by Lieutenant ColonelJohn McCrae, a Canadian medical officer, which beganthe process by which the Flanders Poppy becameimmortalisedworldwide as the symbol of remembrance:In Flanders fields the poppies blowBetween the crosses, row on row,That mark our place; and in the skyThe larks, still bravely singing, flyScarce heard amid the guns below.We are the Dead. Short days agoWe lived, felt dawn, saw sunset glow,Loved and were loved, and now we lieIn Flanders fields.
6. THE BATTLE OF PASSCHENDAELE HELPED WIN THE WAR FOR THE ALLIES
Because:the Germans were kept busy in the north for so long, they were unable to attack the defenceless French to the south.b.They lost so much equipment that the German industry could not replace.
a. The Ypres Agreement of 2007 was signed between NZ and Belgium. A travelling exhibition entitled “Passchendaele: The Belgians Have Not Forgotten” was created. This exhibition was sent, free of charge, to New Zealand where it visited throughout NZ.
b.The Passchendaele Society (2011) -The prime objective is to ensure that New Zealanders are aware of the role played by New Zealand at the Western Front and at Passchendaele.
7. IMPACT ON NEW ZEALAND TODAY