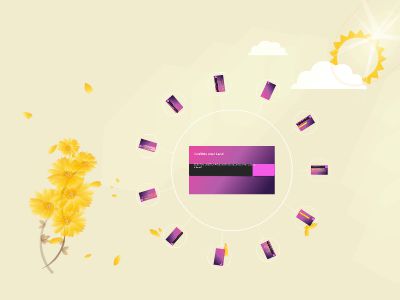 Conflicts Over Land
ESSENTIAL QUESTIONWhat are the consequences when cultures interact?
Removing Native Americans
Guiding Question:Whywere Native Americans forced to abandon their land and move west?As the nation expanded west, many Native Americans still remained in the East.TheCherokee, Creek, Seminole, Chickasaw, and Choctawpeoples lived in Georgia, Alabama, Mississippi, and Florida.Thesegroups had created successful farming communities that were much like many other American communities.Asa result, Americans considered them "civilized" and referred to them as the "Five Civilized Tribes."
Though Americans recognized the success of the Five Civilized Tribes, theydid not necessarily respect their rights.Infact,some white people wanted the Native Americans' lands for themselves.wantedthefederalgovernment to force eastern Native Americanstorelocateto lands west of the MississippiRiver.AndrewJackson supported the white settlers' demand for Native American land.Whenhe became president in 1829, he stated that he wanted to move all Native Americans to the Great Plains.Manypeoplebelieved this region to be a wasteland where American settlers would never want tolive.Manypeople thought that if all Native Americans moved there, conflict with them would be ended.
The Cherokee Versus Georgia
In 1830 President Jackson pushed the Indian Removal Act through Congress.lawallowed the federal government topayNative Americans to move west.Jacksonthen sent officials to make treaties with the Native Americans in the Southeast.In1834 Congress established the Indian Territory.Mostof the region was located in what is now the state ofOklahoma.Thisarea was to be the new home for the Native Americans of theSoutheast.Mosteastern Native American peoples felt forced to sell their land and move west.TheCherokee refused to do so.thestate of Georgia, in which many Cherokee lived, refused to accept the Cherokee's status.
The Cherokeeturned to the U.S. Supreme Court.InWorcester v. Georgia(1832), Chief Justice John Marshall ruled that Georgia had no right to interfere with the Cherokee.PresidentJackson, who supported Georgia's efforts to remove the Cherokee, declared that he would ignore the Supreme Court's ruling.
The Trail of Tears
By 1835, the Cherokee were divided about what to do.Thatyear the federal government convinced a small number of Cherokee— about 500 of them—to sign the Treaty of NewEchota.Inthis treaty, the group agreed to give up all Cherokee land by1838.thefew Cherokee who signed the treaty did not speak for all the 17,000 Cherokee in the region.Manywhite Americans, including senators Daniel Webster and Henry Clay, also opposed the treaty as unfair.However, their pleas did not change the minds of President Jackson or the white settlers.In1836 the Senate approved the treaty by a single vote.
When the treaty's 1838 deadline arrived, only about 2,000 Cherokee had moved west.Jackson'ssuccessor, President Martin Van Buren, ordered the army to move the rest of them.InMay 1838, General Winfield Scott arrived in the Cherokee Nation with 7,000 troops to remove the remaining Cherokee by force.Hetold them that resistance and escape were hopeless.TheCherokee knew that fighting would lead to their destruction.Filledwith sadness and anger, Cherokee leaders gave in.BetweenJune and December 1838, soldiers rounded up Cherokee in North Carolina, Georgia, Alabama, and Tennessee.Underguard, the Cherokee began their march to Indian Territory in the West.
The forced relocation of some 15,000 Cherokee was a terrible ordeal.(video)Mostpeople were not prepared for the journey.troublestarted even before they set out.Asthe Cherokee crowded in camps and awaited the command to begin their march, illness broke out. As many as 2,000 Cherokeedied.Onceon the trail, the Cherokee suffered from hunger and from exposure to the weather.Theseconditions led to the deaths of another 2,000people.Whenthe relocation was over, about one quarter of the Cherokee population was dead.TheCherokee came to call their forced journey west the Trail Where They Cried.Historianscall it the Trail of Tears.
Resistance and Removal
Guiding Question:Whydid some Native Americans resist resettlement?Many Native American peoples did not want to give up their lands.However, the Seminole in Florida were the only group to successfully resist removal.Theyfaced pressure in the early 1830s to sign treaties giving up their land, but the Seminole leaderandhis followers refused to leave.Theydecided to fight instead.
The Seminole Wars
In 1835 the U.S. Army arrived in Florida to force the removal of the Seminole.Instead, in December 1835, a group of Seminole attacked troops led by Major Francis Dade as they marched across central Florida.Onlya few soldierssurvived.TheDade Massacre prompted a call for additional troops to fight theSeminole.Between1835 and 1842, about 3,000 Seminole and African Americans known as Black Seminoles fought some 30,000 U.S. soldiers.TheBlack Seminoles were escaped slaves from Georgia and South Carolina.Somelived among the Seminole people.Othershad built their own settlements.Likethe Seminole, they did not want to move.Onereason is that they feared the American soldiers would force them back into slavery.together, the Seminole and Black Seminoles attacked white settlements along the Florida coast.Theymade surprise attacks and then retreated back into the forests and swamps.
The war cost the U.S. government over $20 million and the lives of more than 1,500 soldiers.ManySeminole also died.Otherswere captured and forced to move west.In1842, with most of the surviving Seminole now in Indian Territory, the fightingstopped.Warbroke out again in 1855 over what little land in Florida the Seminole had left.By1858, the few remaining Seminole had escaped into the Everglades, where their descendants still live today.
Life in the West
By 1842, only a few scattered groups of Native Americans remained east of the Mississippi River.Mostof them now lived in the West.Theyhad given up more than 100 million acres of land.Inreturn, they received about $68 million and 32 million acres west of the Mississippi.Therethey lived, organized by tribes, on reservations.Eventually, white settlement would extend into these areas as well.